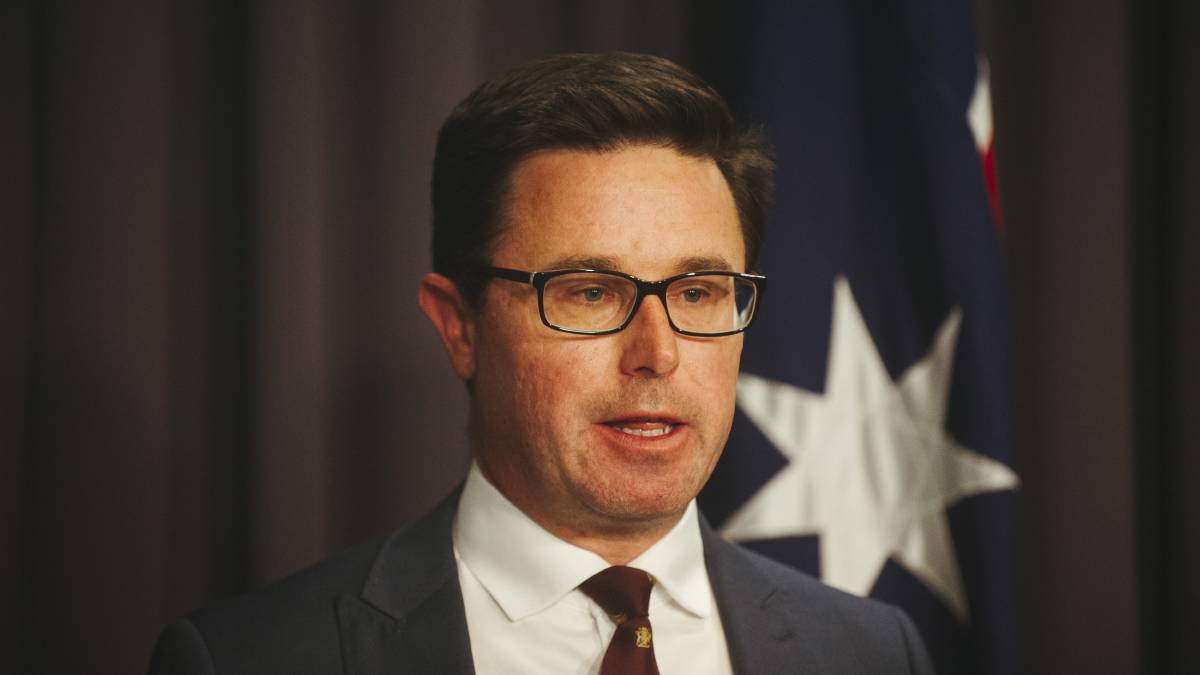 DEAL: Agriculture Minister David Littleproud said there would be no loss of seasonal workers due to a 'mechanism' within the agreement. Photo: Dion Georgopoulos

There are fears the trade deal will remove more than 10,000 people out of the seasonal workforce.

THE Australia-United Kingdom free-trade agreement will be signed this evening and the Nationals have assured farmers there will be no loss of seasonal workers.

Details of the agreement have yet to be made official, however Australia has yielded to the UK's request to scrap the rule that requires British citizens on a 12-month working visa to do 88 days work in the agriculture sector to extend their stay.

There are fears such a move would remove more than 10,000 people out of the seasonal workforce, which is already under extreme pressure due to COVID border restrictions.

However, Agriculture Minister David Littleproud said there won't be any loss in workforce "because of the mechanism that will be put in place".

"The National Party has secured an agreement from the Prime Minister and the Liberal Party to make sure that we look to other mechanisms to fill that gap," Mr Littleproud said.

"I'll leave it to the Prime Minister to announce. It will become abundantly clear when we make the announcement."

Without revealing the agreement's details, Mr Littleproud said beef, lamb, rice and sugar would be big winners in the FTA.

"Those particulars are being nutted out as we speak," he said.

Currently, of Australia's $50 billion in agricultural exports, just $730 million is sent to the UK.

"It's never been the panacea," Mr Littleproud said.

"This is just another feather in the cap. It will be free-trade agreement number 15, so this is about diversification and giving options for our producers to send boats left and right if they've got trouble in one particular market."

Prime Minister Scott Morrison is expected to sign an in-principle agreement with his UK counterpart Boris Johnson around 5pm today.

"Both Prime Ministers have held a positive meeting in London overnight and have resolved outstanding issues in relation to the FTA," a spokesperson for Mr Morrison said.

"Their agreement is a win for jobs, businesses, free trade and highlights what two liberal democracies can achieve while working together.

"Both PMs will make a formal announcement on Tuesday morning in London and release further information."

The story UK trade deal to be signed soon with no loss of seasonal workforce first appeared on Farm Online.