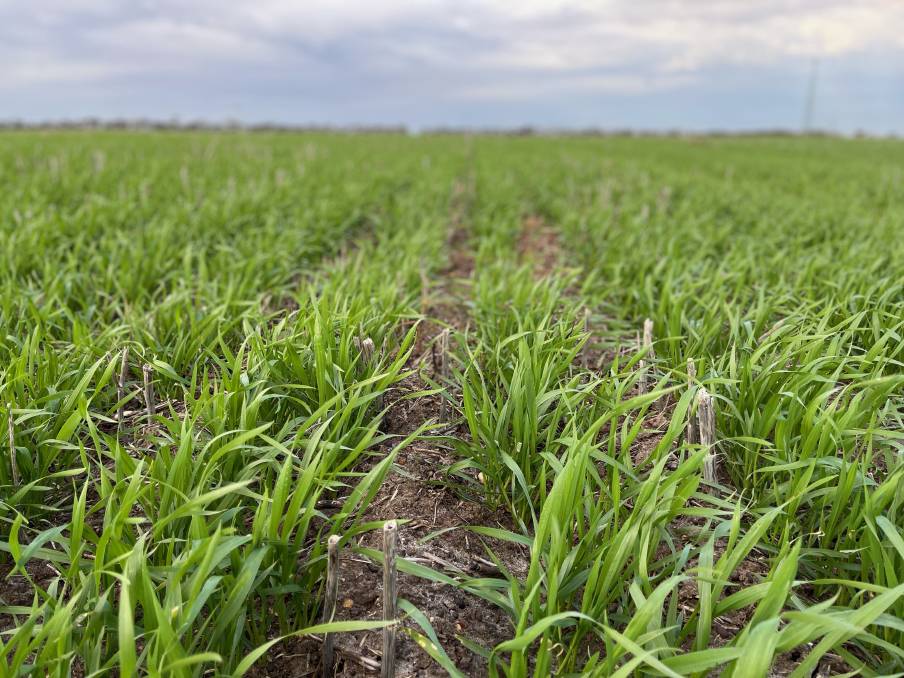 38 per cent of WA farmers are expecting conditions in the agricultural economy to improve over the next 12 months. Photo by Kogody Farming.

The latest quarterly Rabobank Rural Confidence Survey, released on Tuesday, has found WA farmer confidence remained close to last quarter's stellar level and at one of the top 10 readings in the survey's 20-year history.

THE spirits of farmers in Western Australia are high after the "best start in a decade" to the State's winter cropping cropping program.

The latest quarterly Rabobank Rural Confidence Survey, released on Tuesday, has found WA farmer confidence remained close to last quarter's stellar level and at one of the top 10 readings in the survey's 20-year history.

The near perfect start to the season and strong commodity prices were expected to flow into the balance sheets of the State's farming businesses.

More than a third of WA farmers surveyed expect to generate a higher income in 2021/22, with this figure increasing to half of those in the grain sector.

The survey, completed last month, found 38 per cent of WA farmers were expecting conditions in the agricultural economy to improve over the next 12 months - in line with last quarter's reading of 40pc.

Rabobank regional manager for WA Steve Kelly said the strong positive sentiment prevailing in the State's agricultural sector was not surprising given the almost perfect start to 2021.

"It's the best start we have had in a decade," Mr Kelly said.

"On the back of good rainfall in March and April, the rains then continued with cyclone Seroja and while the cyclone caused a lot of damage to infrastructure, in some cases the benefit of the rainfall offset the disappointment of the damage."

With above-average rainfall falling across the Wheatbelt in March and April, Mr Kelly said this was backed up by good follow-up rain in May.

"Many areas received another top-up of more than 20 millimetres in late May, which has shored up a full soil-moisture profile in most areas," he said.

"It has been wall-to-wall plantings with most of the crop now in as farmers look to seed 100pc of their planned program."

Mr Kelly said the bank was forecasting winter crop plantings in WA to be 2pc higher than last year, at 8.49 million hectares.

"We are seeing a swing out of barley into canola driven by record canola prices and early moisture favouring crops such as canola," he said.

With new crop canola prices reaching above $800 per tonne in recent weeks and now still trading at about $770/t, Mr Kelly said he couldn't remember prices at these levels.

"Wheat prices are also very profitable when they have a 'three' in front of it and while prices have come off in the past few weeks, wheat is still fetching above $300/t," he said.

More than a third of the State's grain growers - at 35pc - expect conditions to improve over the next 12 months.

That was up on the 31pc of grain growers with that view this time last year.

Across agricultural sectors, the survey found commodity prices continue to underpin much of the positive sentiment prevailing in the State, cited by 77pc of WA farmers with a positive outlook as a key reason for their optimism, while the season was cited by 49pc.

Sentiment was strong in the sheep sector, with 43pc expecting business conditions to improve and a further 5pc expecting them to remain stable.

"The good early establishment of pastures and the replenishment of water in dams has set up sheep producers and when combined with good prices, it really is an extremely positive environment," Mr Kelly said.

While confidence eased slightly in the State's beef sector, the survey found close to half (at 49pc) were still expecting similar conditions to last year on the back of good rain in the pastoral areas - which was consolidated by 30 to 70mm in late May - and high beef prices.

In line with the positive sentiment prevailing across the sector, WA farmers retained strong income projections for their farming businesses, with 36pc expecting a higher gross farm income in 2021/22 and 54pc looking at a similar financial result to last year.

Graingrowers, in particular, are bullish about their prospects, with 50pc expecting their gross farm incomes to increase in 2021/22.

WA farmers also continued to hold strong investment plans, with 29pc looking to increase investment in the coming 12 months and the remaining 71pc intending to maintain investment at current levels.

"These investment plans are not only driven by strong balance sheets, but also low interest rates and the instant asset write-off stimulus measure," Mr Kelly said.

"The rural property market also remains very strong with properties hotly contested when they come on the market - albeit supply remains limited."

While there is still a long way to go in the season, Mr Kelly said, the state's agricultural sector was off to a very promising start.

"If this was the first quarter, we are already five goals up," he said.