Following Nutrien Livestock's record breaking dairy store sale the previous week, the second leg of the two-day June Special store sales saw the strongest market at Boyanup this selling season and capped off an outstanding month for the company at the venue. 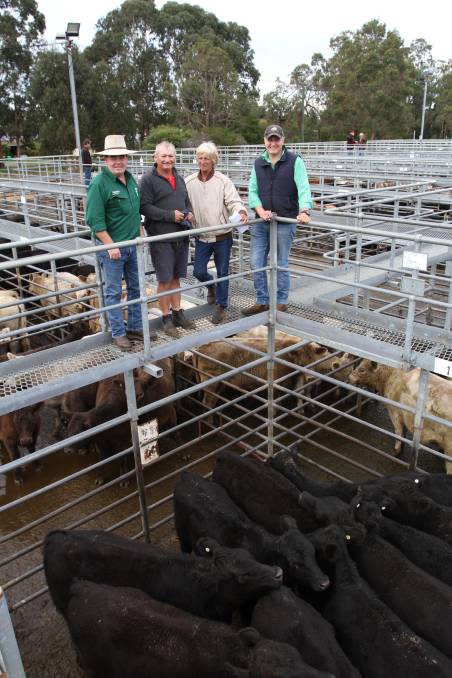 Following Nutrien Livestock's record breaking dairy store sale the previous week, the second leg of the two-day June Special store sales saw the strongest market at Boyanup this selling season and capped off an outstanding month for the company at the venue.

The Nutrien Livestock South West team presented a good quality yarding of 771 beef cattle which was predominantely beef steer and heifer weaners and yearlings with a small run of beef cows and calves.

The return of a South Australian lotfeeder operating on AuctionsPlus fuelled an already strong market driven by the State's lotfeeders and increased grazier enquiry, particularly for heifers, to record a resounding and new record overall sale average of $1817.

Weaner heifers averaged 543c/kg and were quoted up 43c/kg on the previous comparable beef sale.

The sale was again interfaced on AuctionsPlus with 827 catalogue views resulting in 25 registered bidders logged in locally and from New South Wales, Victoria, South Australia and Queensland, with 386 bids placed online across 49 lots with 26 lots or 22 per cent of the yarding knocked down to AuctionsPlus.

Strong numbers of beef steers got the sale underway, kicking off with a well presented, even draft of Angus steers offered by one of the sale's larger vendors, R Johnstone, Bridgetown.

The South Australian lotfeeder made its presence felt from the outset paying the draft's $2138 top price at 474c/kg for the first pen of 10 steers weighing 451kg.

But it wasn't until further into the steer run when they snapped up the entire draft of Euro and British bred steers weighing from 463kg to 536kg offered by Morning Watch Pty Ltd paying from $2009 to the sale's $2349 top price at 438c/kg for eight heaviest Charolais steers.

The online buyer operated strongly on heavier steers and heifers lines weighing 430kg plus and finished with 12 pens of steers and 10 pens of heifers but also included a few mediumweight pens of 350-380kg.

It paid the sale's next highest price of $2226 at 486c/kg for 10 Angus cross steers weighing 458kg from the Catalano Farms draft.

WA lotfeeders were well represented on the buyers' list and consistently paid more than $2000 for their selections, too numerous to mention them all in this report.

Mingin Grazing, Waroona, showed confidence in the industry with its purchases paying to $2106 at 510c/kg for seven Murray Grey cross steers weighing 413kg from the Johnstone draft.

Switching to a grazier order, Mr Roberts paid the next highest price of 630c/kg at $1674 for 14 Angus cross steers weighing 266kg, also from Cape West Investments.

C & H Farms Trust snapped up a few pens of lighter steers at higher liveweight values including 612c/kg for six Angus steers weighing 273kg offered by Elgin Park Pty Ltd and 608c/kg at $1814 for 12 Angus steers tipping the scales at 298kg from the paddocks of Stoney Pastoral Company.

The sale swung onto the heifers and appeared to shift up a gear as buyers scrambled to secure numbers. 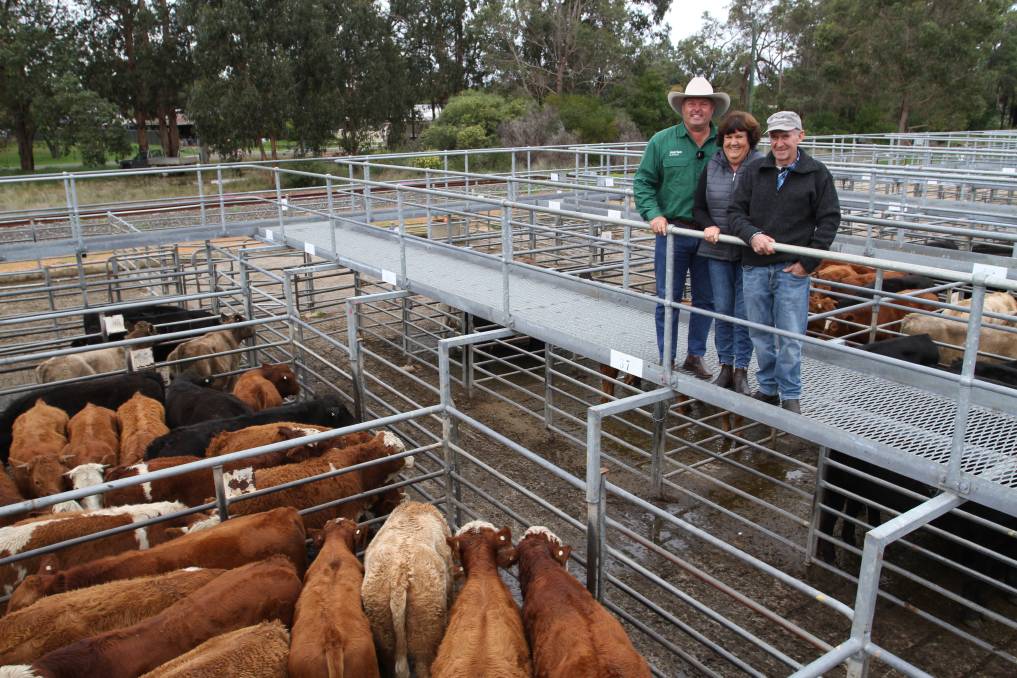 The interstate online buyer was prepared to pay beyond the $2000 price tag for several pens of heifers, including $2114 at 462c/kg for six Angus heifers weighing 458kg trucked in by Casad Pty Ltd and to $2074 at 458c/kg for seven Murray Grey heifers averaging 453kg for one of two pens purchased from Yoralyn.

Mr Talbot dominated the heifer lineup and finished with 15 pens costing to $1815 per head at 500c/kg for five Angus heifers averaging 377kg offered by BJ & CF Prowse and 604c/kg liveweight for 14 Angus heifers weighing 237kg from Southampton Grazing to cost $1441.

The sale finished off with a run of cows and calves with all bar one pen coming from the paddocks of Margaret River Rural Traders.

Prices topped at $3150 twice for heavier large frame Angus cows and older Angus calves at foot, first paid by Mr Armstrong for a cow running with Angus and Blonde d'Aquitaine bulls with a steer calf at foot and the following cow with same mating details and heifer calf at foot went to the interstate buyer online.

Mr Pollock added eight cow/calf units to his account for an Uduc buyer paying to $2550.

"Values far exceeded expectations from beginning to end at both the dairy and beef store cattle June sales.