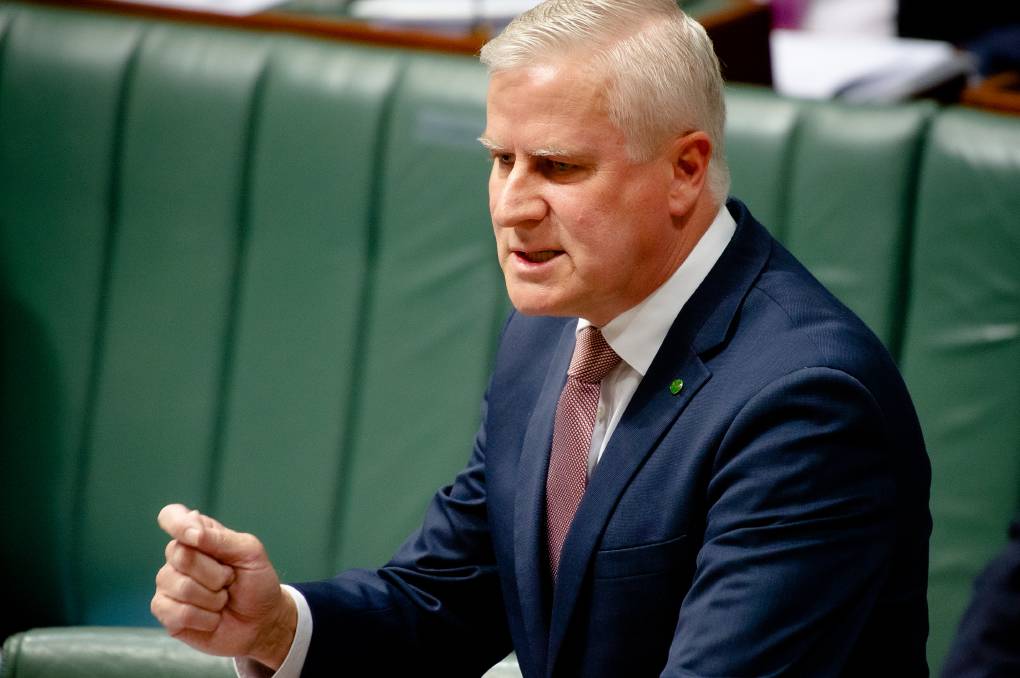 In a bizarre rant, the Deputy Prime Minister said "there is nothing worse than the stench of mice"

IN A bizarre rant, the Deputy Prime Minister said "there is nothing worse than the stench of mice" and called for them to be rehomed in cities, but offered no help to regional people suffering the plague.

Michael McCormack, speaking as the Acting Prime Minister, responded to a question from Labor agriculture spokeswoman Julie Collins, asking why the federal government had abandoned farmers to the mice plague.

"I live in a community where they are ravaged by mice as well, and there is nothing worse than the stench of mice," Mr McCormack said.

The Nationals leader took aim at animal activists who said "the poor little curious creatures should be rehomed".

"They should be rehomed into their inner-city apartments so that they can nibble away at their food and their feet at night and scratch their children at night," he said.

Labor MP Julian Hill said the answer was "embarrassing" and described McCormack as a "fool".

"How about trying to unite rather than divide Australians and deal with serious issues seriously," Mr Hill said.

Mr McCormack said the government was always stood "ready to help our farmers", pointing to the Australian Pesticides and Veterinary Medicines Authority (APVMA) considering a request from NSW to use bromadiolone bait.

Agriculture Minister David Littleproud said it was important to remember the management of pests was the responsibility of state governments.

"This is a natural occurrence, one of which has been happening since the first fleet arrived," he said.

Mr Littleproud said at a recent meeting of all the nation's ag ministers - which NSW Agriculture Minister Adam Marshall did not attend - the issue was not raised.

The story 'Nothing worse than mice' DPM rants, but offers no help for plague first appeared on Farm Online.