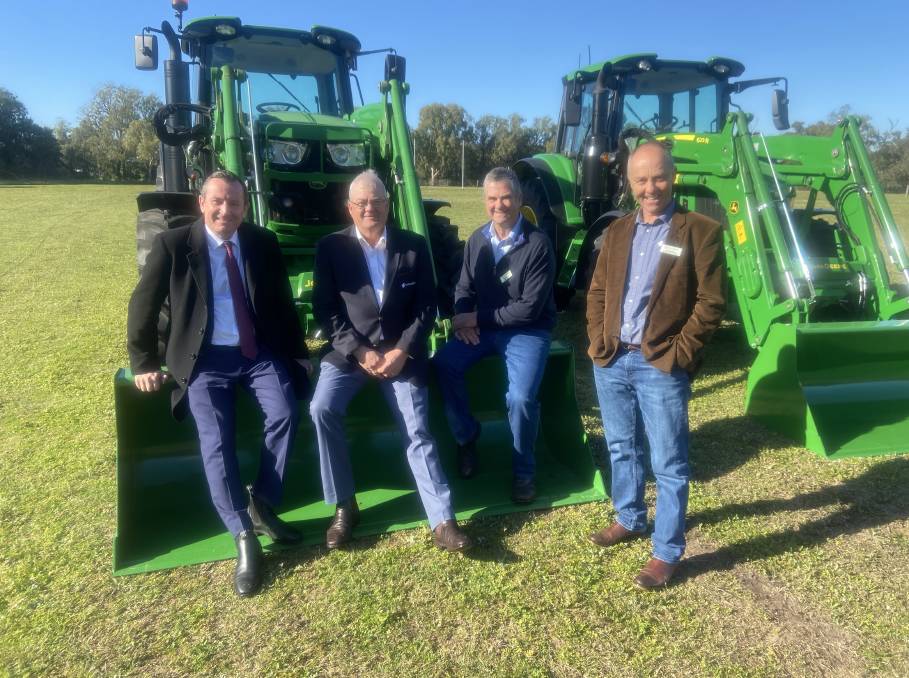 WAFarmers' Mic Fels said he was "befuddled" that the government didn't seem to recognise a need for workers in the broadacre farming sector.

ROBUST discussions on how to address Western Australia's agricultural industry skills shortage were had at the WAFarmers and National Farmers' Federations' (NFF) Towards 2030 Forum last week.

Industry stakeholders, including WA farmers, advocacy groups and politicians had their say on the issue, with a lack of farm workers, header and truck drivers threatening this year's harvest due to border restrictions stopping international workers from entering the State.

Several speakers acknowledged that the problem had been exacerbated by the State's resources industry poaching the sector's skilled workers through the incentive of higher wages.

Presenting at the WAFarmers grain section annual general meeting, which formed part of the forum, WAFarmers grains president Mic Fels said he was "befuddled" that the government didn't seem to recognise a need for workers in the broadacre farming sector.

Despite broadacre farming being the second most valuable sector to the WA economy, behind the resources industry, he said the State and Federal governments' focus had been on providing solutions tailored to the horticulture sector.

"The State government has been calling these experienced workers backpackers for years and we have come to rely on them, so it's certainly making it incredibly hard when we don't have access to them.

"They are saying there is not going to be another tier of immigration or quarantine risk assessment made so we can have a lower risk immigration option for experienced farm workers.

"We are only a matter of months away from harvest, so anything that hasn't happened has to happen now in order to pull this thing together."

In an effort to find a solution, Mr Fels said WAFarmers was proposing a tent city be put up in regional WA, perhaps on a CBH site and the army used to quarantine 1000 workers ahead of this year's harvest.

While the proposal will need support from the State government, he said informal discussions with the CBH Group had been supportive.

Acknowledging that skilled worker shortages in the agricultural sector is not a new challenge, Mr Fels said several years ago Muresk Institute students used to provide labour to the sector over the busy seeding and harvest periods.

"Then terms changed and suddenly all of these university students who used to come and do all of this great farm work weren't available anymore," Mr Fels said.

He said he had organised to meet with Curtin University representatives this week to possibly create a campaign to attract university students to help the State's farmers complete harvest this year, with a record breaking 20 million tonne crop predicted.

"We want to see whether structurally there are things we can do so students can come and do seeding and harvest jobs and maybe that can contribute points towards their qualifications," Mr Fels said.

At a Federal level, he said another idea was for the Commonwealth to offer a discount on students' university fees if they completed farm work over the busy seeding and harvest periods.

"That would just be a fantastic outcome if we could achieve that," Mr Fels said.

NFF chief executive Tony Mahar said the organisation was trying to do more in terms of getting agriculture seen as a career by young Australians.

"Places such as Muresk aren't as common as they should be, or as they were," Mr Mahar said.

"We need to make sure that when people do law, IT or accounting, they see agriculture in that space and know that other tertiary courses can be applied to agriculture.

"It is such a tech driven industry but we don't communicate that enough, so when someone does an IT degree they don't automatically think I can apply those skills in the agriculture sector."

Mr Mahar said more work needed to be done in Australian schools so that agriculture was embedded in the minds of young people coming through the education system.

"It's probably too late to get people to change careers once they've left university - so we need to do more in the education system so they recognise agriculture as an exciting career from primary school all the way through to tertiary," he said.

With Australia's agricultural sector becoming increasingly reliant on foreign workers to help complement its domestic workforce, Mr Mahar reiterated that the labour issue was not a new issue for agriculture.

"We have always struggled to get people to see agriculture as a viable career and there are a whole range of reasons for that - it's remote, it's often hard, hot or cold work and it's not everyone's cup of tea," he said.

"But it has been disappointing in the past 12 months or so, even through incentives, whether from the State or Commonwealth, that we haven't seen enough workers."

Food and Agriculture Minister Alannah MacTiernan said the competition for workers with the State's resources sector had been an issue in WA since the 1960s.

Acknowledging that a new visa program for South East Asian agricultural workers announced in June by the Federal government wouldn't assist with this year's harvest, she said the program would offer long-term benefits to the State's farmers.

The deal was brokered alongside the United Kingdom Free Trade Agreement, which will end a requirement for British backpackers to work on Australian farms for 88 days.

Estimating that the State's agricultural sector could see the return of European backpacker workers into WA as early as March next year, Ms MacTiernan said the State would "hopefully" have the assistance of New Zealand and interstate workers for this year's harvest.

"For our seasonal worker program, we have a whole schedule of planes booked and more than 1000 workers are in WA at the moment," Ms MacTiernan said.

"Maybe we can look at creative ways of getting some of those people whose turn might finish in horticulture in October - get them to Muresk, trained and out onto farms.

"We're prepared to look at everything that doesn't compromise the safety of the community."

So far she said about 1200 people had taken up the State government's Work and Wander Out Yonder industries workers scheme and that some of those participants were working in the grains sector.