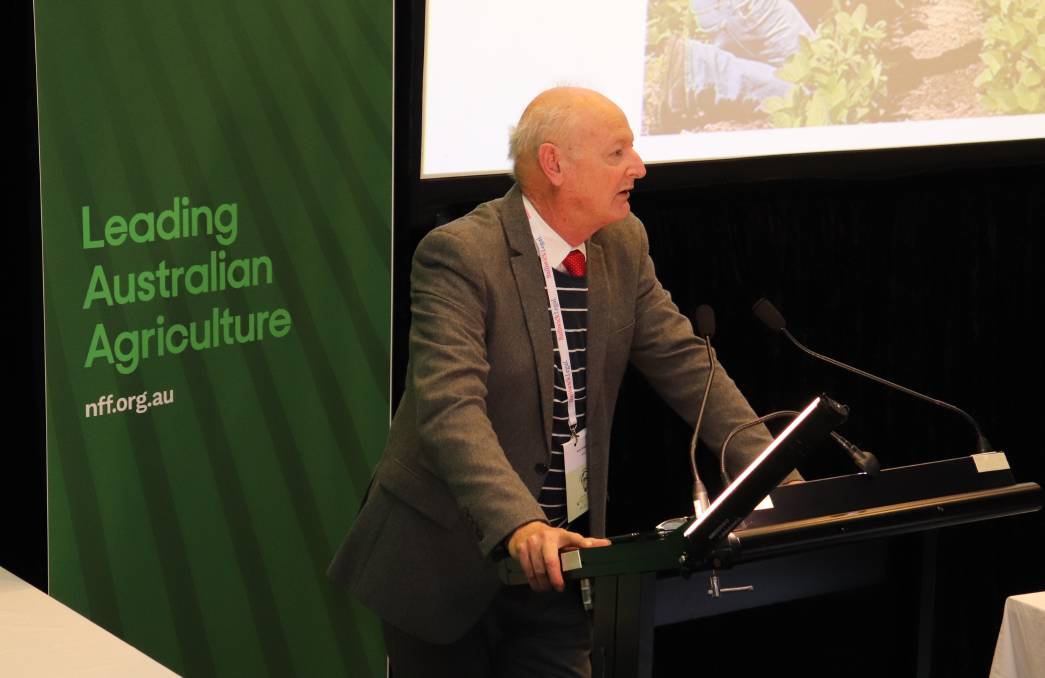 Department of Primary Industries and Regional Development and Australian Export Grains Innovation Centre chief economist professor Ross Kingwell was a keynote speaker at the WAFarmers and National Farmers' Federation Towards 2030 Forum in Northam, held on June 24 and 25.

MARKET opportunities for Western Australia's agricultural export industry will increase over the next decade due to the world's growing populations and the per capita income growth of various countries.

The optimistic outlook for WA's agricultural export sector was provided by the Department of Primary Industries and Regional Development and Australian Export Grains Innovation Centre chief economist professor Ross Kingwell at the WAFarmers and National Farmers' Federation Towards 2030 Forum in Northam, held on June 24 and 25.

"So there will be more mouths to feed but where those mouths reside is spatially changing - it's shifting away from East Asia westwards into South Asia and into Africa."

With the world's population projected to increase by about 70 to 80 million people each year for the next several years, Mr Kingwell said accompanying the population growth would be a per capita income growth, which will have a beneficial effect on demand for agricultural commodities.

Highlighting data which showed that people consume more calories and their diets become more diversified as they become wealthier, Mr Kingwell said it was a "good news story" for the agricultural sector.

"People's diets change as they get richer - they end up consuming a greater diversity of food stuffs and they move away from the basics of rice and corn and move into greater consumption of fruit, dairy, vegetables and meat products," Mr Kingwell said.

While the United States has the world's highest per capita income, Mr Kingwell said there had been an upwards trajectory, which is projected to continue, of per capita consumption of calories and diets becoming increasingly diverse in China.

In other good news for Australia's agricultural sector, a study by Food Innovation Australia Limited late last year highlighted that the second most important opportunity for Australian food and agribusiness is the traditional proteins - meat, eggs and dairy.

Mr Kingswell said the study showed, despite plant based and alternate proteins receiving a lot of media attention, that the actual on-ground economic impact of those food stuffs on the industry was going to be minor.

"Where the growth opportunities are going to reside is either supplying the feed grain to underpin traditional protein consumption or supplying that protein - either way it's a winner," Mr Kingswell said.

"Australia is in the box seat because that demand is sitting on our doorstep in Indonesia, China and in other South East Asian countries."

With the US's biggest customer for its agricultural exports China, Mr Kingswell said as China's population grew and became wealthier, the country will have an almost insatiable need to import food grain.

As Indonesia also became wealthier, the country was projected to move into greater meat consumption and, as a result, its need to import food grain will also increase over the next decade.

With the Black Sea region, including Russia, Ukraine and Kazakhstan, having a markedly large increase in the global trade capture of wheat over the past few years, Mr Kingswell said Australia's share of the global wheat trade had decreased from about 4 per cent to about 2pc since 2000.

This is despite Australia's wheat production trending upwards.

Mr Kingwell said the US's global dominance in the wheat market had also been squeezed, with large areas now instead being committed to corn and soybean production.

"The casualty of that is minor crops such as oats and wheat, so there is now less wheat being planted in the US than there was 100 years ago," he said.

"In the early 2000s wheat was the most important globally traded grain but what we now find is that it's corn, soybeans and canola that are becoming increasingly important.

"Wheat is still exceedingly important but its relative international performance and importance has declined."