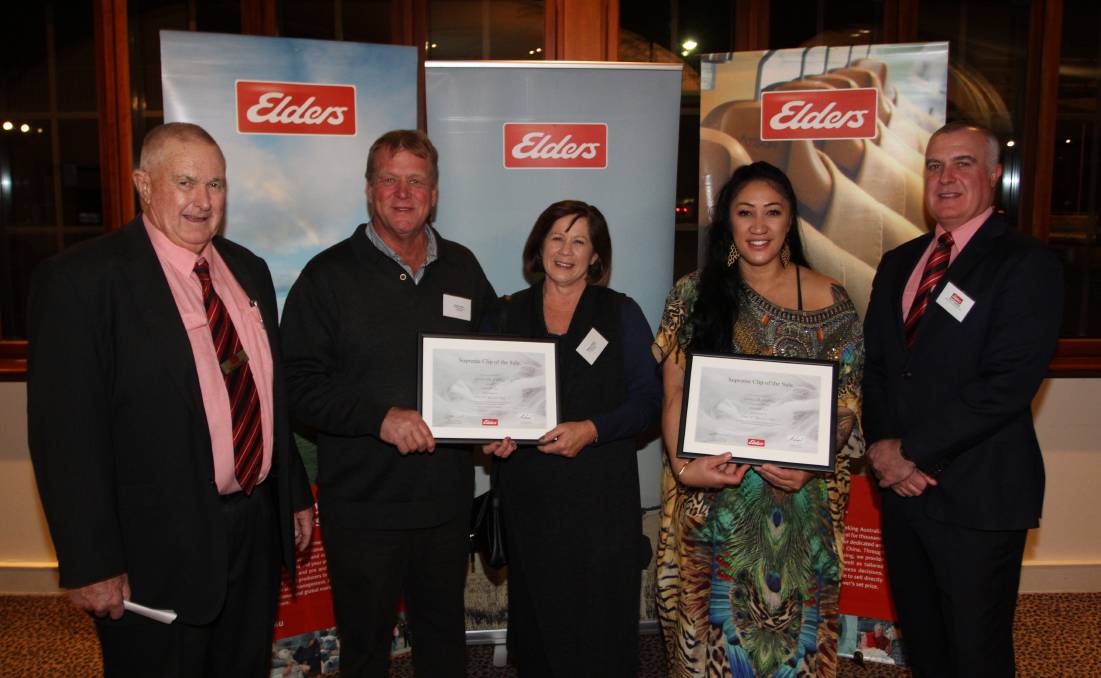 WOOLGROWERS and classers throughout WA were recognised for their excellence in growing and classing top quality wools at the Elders Supreme Clip of the Sale award presentations in Perth last week.

There was plenty of enthusiasm in the room at the Pagoda Resort & Spa, Como, as the Elders team welcomed more than 150 passionate producers and classers from Esperance to Mingenew and east to Merredin, in acknowledgement of the hard work that had gone into preparing the cream of the Elders' clips for the 2020/21 season.

"It's been a trying and testing 12 months for all in the industry but there certainly hasn't been a better time to be in sheep and wool," Mr Hubbard said.

"I would like to say a giant thank you to everyone that is here tonight as you all play an important role in the wool industry.

"To our clients thank you for producing a quality product and entrusting Elders to market your wool, and to the classers thank you for preparing these clips, your efforts are greatly appreciated."

The past 12 months hasn't been an easy one for the wool industry with it feeling the effects of the COVID-19 pandemic which not only caused the market to fall significantly but also saw the way wool sales were held change. 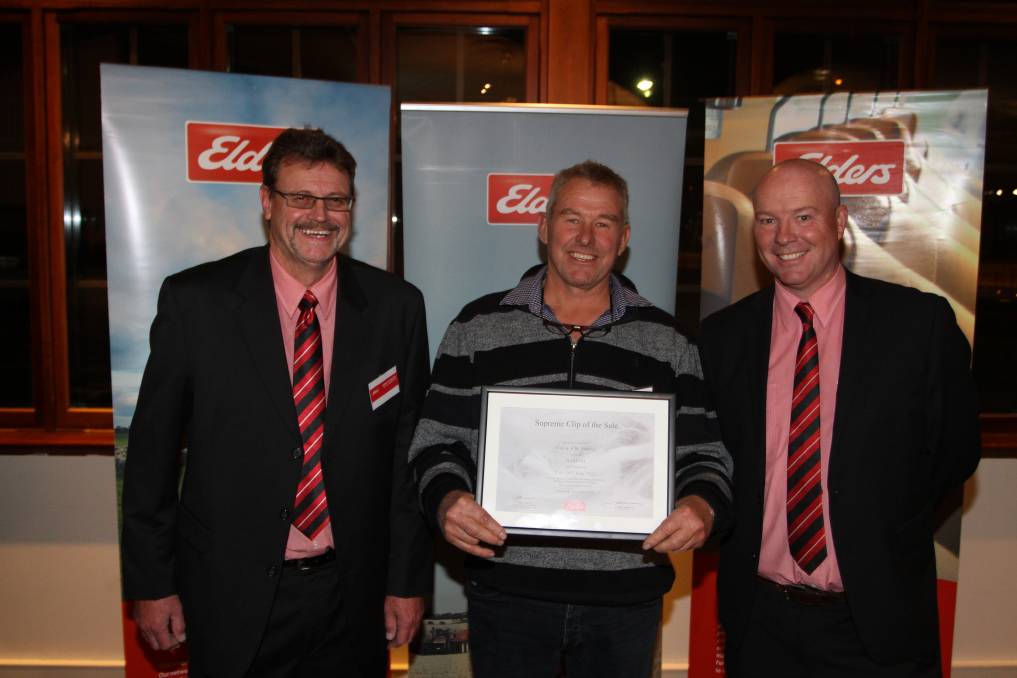 Mr Hubbard said for the rolling 12 months the industry had seen 43 wool sales in WA, and while there were COVID-19 restricted sales, which saw auctioneers wearing masks and face-screens and growers restrictions at sales, no sales were cancelled.

"It has certainly been a trying 12 months for the industry, when it comes to prices," Mr Hubbard said.

"The Western Market Indicator (WMI) hit a low of 909 cents (clean) a kilogram in September last year but we have since seen it improve and today it is now sitting at 1477c/kg which is the highest it has been in the past 12 months.

When it came to national offerings Mr Hubbard said these over the past 12 months ranged from 15,000 to 62,000 bales, while passed in rates varied between 1.4 per cent to a high of 65pc in August last year.

"But Mr Hubbard said it was not only the wool market which was showing good signs for producers.

"While we have seen 1.5 million sheep go to the east over the past 12 months that hasn't all been bad for the industry. 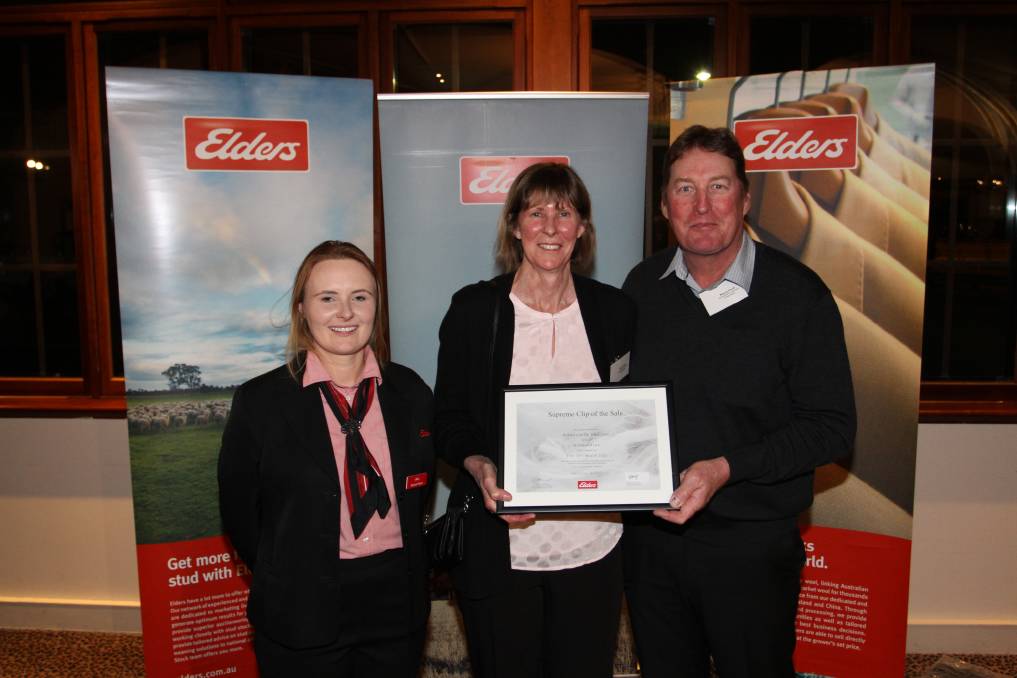 The Supreme Clip of the Sale award for sale F39 was awarded to Debra and Wayne Smith, Northam, congratulating them on their win was Elders district wool manager Breanna Hayes (left).

In another positive for the industry Mr Hubbard said lamb marking results had so far been very good and could be the best we have seen for many years.

"So with a great seasonal outlook, a positive outlook for sheepmeat and wool, both domestically and internationally, it's a fantastic time to be in sheep and wool."

"The past 12-18 months have been difficult for everyone due to COVID-19," Mr Fazekas said.

"It has slowed us getting out with clients as the network has been very respectful of COVID-19 protocols but it is good to see everyone here tonight.

"In the past two decades, I don't think there has been a better time to be in agriculture.

"We have very low interest rates, livestock prices at all time highs and here in the west we have some great rainfall events which is setting the season up well.

"We have an arm in our operation called Thomas Elder Markets (TEM) and in it we have a couple of people who analyse commodities and futures and provide insights into what is happening both globally and domestically in our agriculture markets.

"Based on their analysis and what we are seeing on the ground, the outlook for sheep meat and wool looks positive.

"They are saying the UN Food and Agriculture Organisation is predicting strong growth in demand for sheep meat by the end of the decade from the developing world, which is good news for sheep producers in Australia as we are one of the major exporters of sheepmeat in the world.

"However, while we have seen an increased focus on our sheep meat exports with 70-75pc of our production exported, we have seen a drop in our domestic consumption in the past 2020 year on the back of higher prices which have been driven by this export market.

"Worldwide consumption of lamb sits only at 5pc which is surprising and even in Australia its only 6pc.

"These numbers are quite a low number which means the sheep meat market is a niche market and this poses a number of opportunities and challenges." 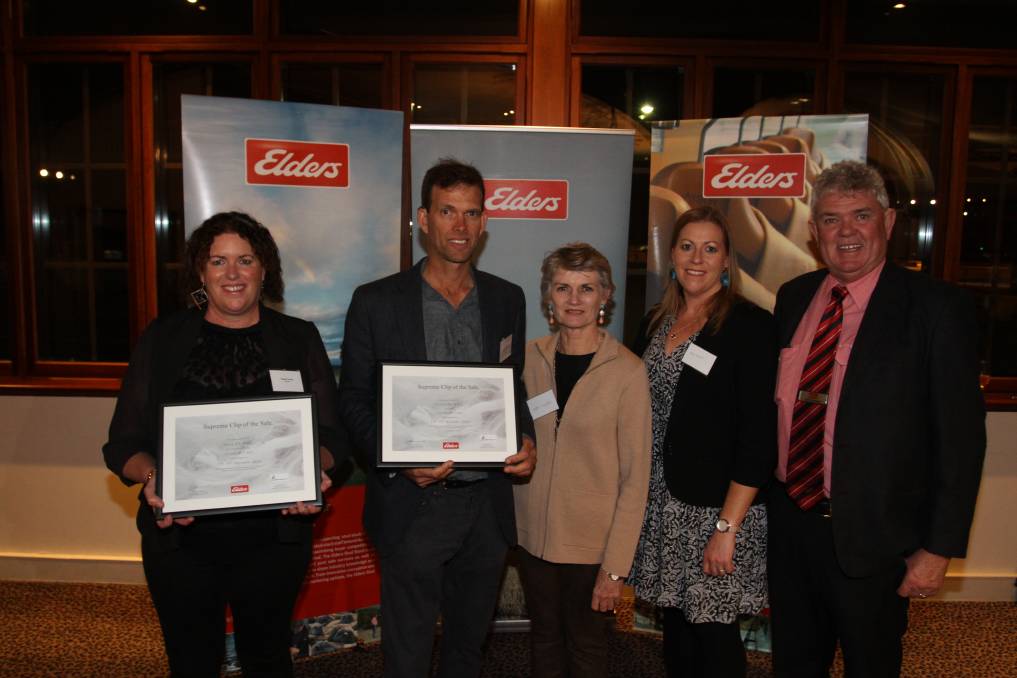 p The Sadler family, Wongan Hills, were the winners of the Supreme Clip of the Sale for sale F25 celebrating the win were the clip's classer Paula Young (left), Calingiri, growers Michael and Kathy Sadler, Eloise Brennan and her husband Elders district wool manager Jeff Brennan.

In terms of sheep and lamb prices Mr Fazekas said the market looked like it would continue to be strong.

From a wool perspective Mr Fazekas said despite the highs and lows of the past 12 months if you look at the market for the past 10 years the long term average is still good especially when you look at where prices were in the past.

"Wool doesn't trade in isolation and when compared to other fibres wool has held up reasonably well over the past five years," Mr Fazekas said.

"The COVID-19 pandemic has certainly had an effect on the wool market with short-term hurdles, in terms of supply chain delays and access to containers, and has also changed the demand for wool.

"COVID-19 has changed how we work and in turn the type of clothes we are buying and wearing. There has been a drop in demand for wool suits with sales down 40pc while leisure wear hasn't seen the same fall in demand."

"We are in for some exciting times ahead."