"We've probably lost 20 per cent completely of the canola, plus another 15-20pc that is trying to put out another green leaf and it might hang on." 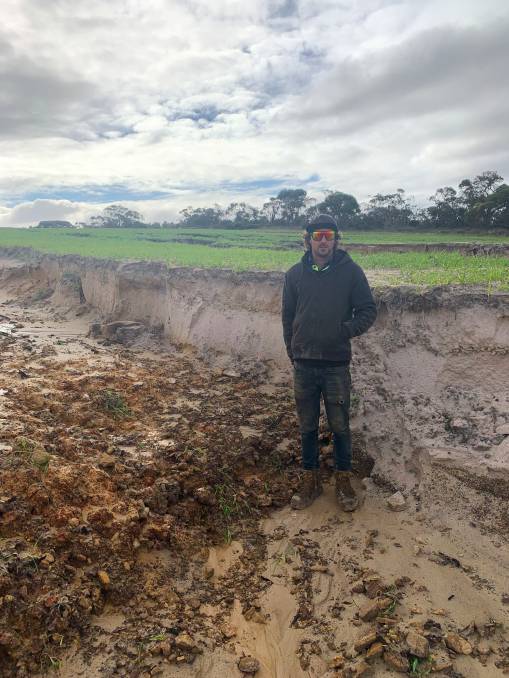 WATERLOGGING in some areas of the Albany port zone is the worst it's been since 2005, according to farmers in the area.

It's a part of Western Australia where below average rainfall usually equals better crops, however a portion of the zone, roughly from South Stirlings down to Albany and stretching east across to Bremer Bay, is dealing with having already received more rain in 2021 than they usually do for the entire year.

For South Stirlings farmer Mal Thomson, it was the wettest May and June he's had since he returned to the farm 31 years ago.

Furthermore, while last year was drier, in August he received about 140mm - that puts the total for the last 11 months, from August 1 to June 30, at nearly 800mm.

"Canola seems to be struggling the hardest - we had some that was up and going, but now there are huge patches that are either under water or the paddock has been so saturated that the plants have died," Mr Thomson said.

"We've probably lost 20 per cent completely of the canola, plus another 15-20pc that is trying to put out another green leaf and it might hang on.

"Regardless they're only three or four leaf big, yet the canola that's in the same paddock that aren't in water is about eight leaf, so it's dropped everything back months and it's hard to see how some of it will recover." 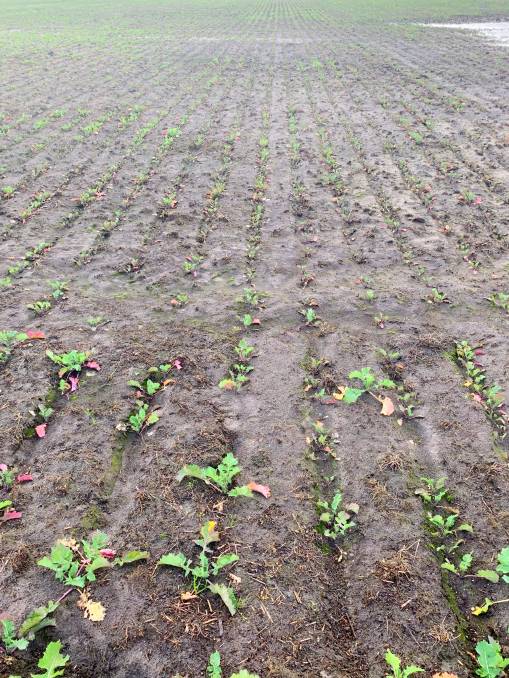 Mr Thomson has lost 20 per cent of his canola, plus there is another 15-20pc that is trying to put out another green leaf and it might hang on

It's a similar story for Green Range farmer Scott Smith.

He has had about 450mm for the year so far on the northern farms, near Kojaneerup, while the southern areas near Green Range proper have had more than 500mm.

"We've been here plenty of time before, but it was probably 2005 that it was this wet and relentless and financially that wasn't great for any of us," Mr Smith said.

"Most cereal paddocks have areas that haven't come up at all - we've already reseeded a heap of barley and we've still got wheat to reseed.

"We have barley at the six-leaf, close to first-node stage and nearly the whole paddock is bright yellow from waterlogging, while bits of the canola are just starting to flower and canola hates getting waterlogged when it's starting to flower."

For Mr Thomson, washouts - where the water has run and taken the dirt with it, creating a river through a paddock - are one of the biggest concerns.

In one paddock he has six to eight washouts that are about 1.5 metres deep and 4-5m wide.

"We're trying to get fertiliser out at the moment to feed what is there and keep it going," he said.

"We have mainly sandy gravel paddocks, so while they do get wet, you can still drive across most of them without worrying too much about getting bogged.

"You will still hit the occasional bog hole and the paddocks that we clayed are a bit sloppier again, but our biggest worry is coming across those washouts that weren't there before and running into them."

Mr Smith has been trying to look at the positives, but realises this season he'll ultimately be trying to minimise his losses.

"We've upped our sheep and cattle numbers, we've got plenty of feed and all the dams that were dry this time last year are now full, so there are a few silver livings," he said.

"Canola is going to be well under half of what we'd normally expect to get, while cereals are probably less than half.

"But it really still depends on what happens for the rest of the season, particularly over the next month." 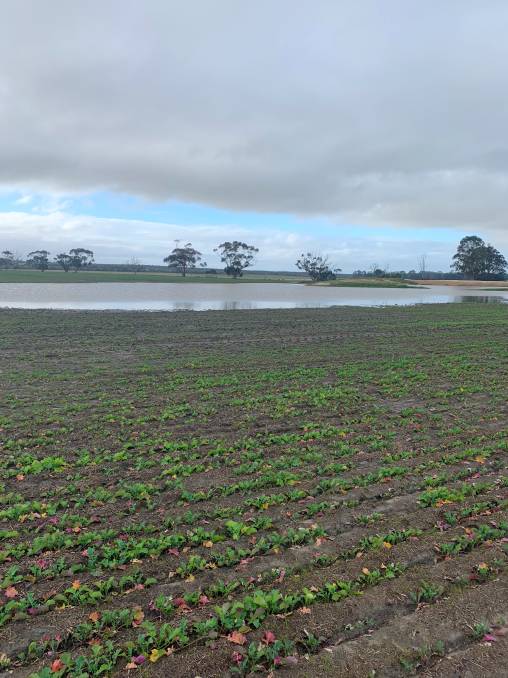 Plants in the area have no root systems because they've been sitting in water for so long.

For Mr Thomson, he hasn't given up either but is trying to keep his expectations realistic - if he gets 3.5 tonnes per hectare for cereals he'll be happy, while for canola, which had been averaging 2t/ha, he'd take 1.5t/ha this year, especially with prices the way they are.

"We need no rain for a month and then little dribs and drabs for the rest of the season to keep the top wet," Mr Thomson said.

"The plants have no root systems because they've been sitting in water for so long, so if we have a hard finish it will be devastating as the crops would turn too quickly.

"Hopefully we can break even and try again next year."