Droughtmaster bull Cebella Brunswick from John and Shannon Williamson, Pimpama, Qld, was named the viewer's choice winner after receiving 20 per cent of the votes.

This year 2520 votes were cast by the closing point.

Twice as many people cast their vote in the Sire Shootout viewer's choice competition in 2021 with a Droughtmaster bull from Queensland rating the highest of the 103 entrants.

Cebella Brunswick from John and Shannon Williamson of Cebella and Yellowwood studs at Pimpama may not have placed in his Bos indicus/Tropically adapted class but he left a mark on the audience and received 20 per cent of the final vote.

This year 2520 votes were cast by the closing point compared with 1256 in the inaugural competition last year.

Interested viewers from Australia, Canada, United States of America, Philippines, New Zealand, United Kingdom and Hong Kong had their say in the online voting where the winning bull received $500 in advertising vouchers to be used with Australian Community Media.

It was a close tussle for the top spot between Brunswick and Simmental bull Jarravale Q038 from Jarravale Pastoral, Kyogle, NSW, but in the end the Droughtmaster raced away with 510 votes compared to Q038's 290 votes.

The 22-month-old was a son of Minlacowie Hanibal and out of successful show cow Cebella Cruize and is set to sell at the CQ Invitational Droughtmaster Sale at Gracemere on October 18.

The supreme tropical exhibit at Boonah show also has a full brother for sale at the same event. 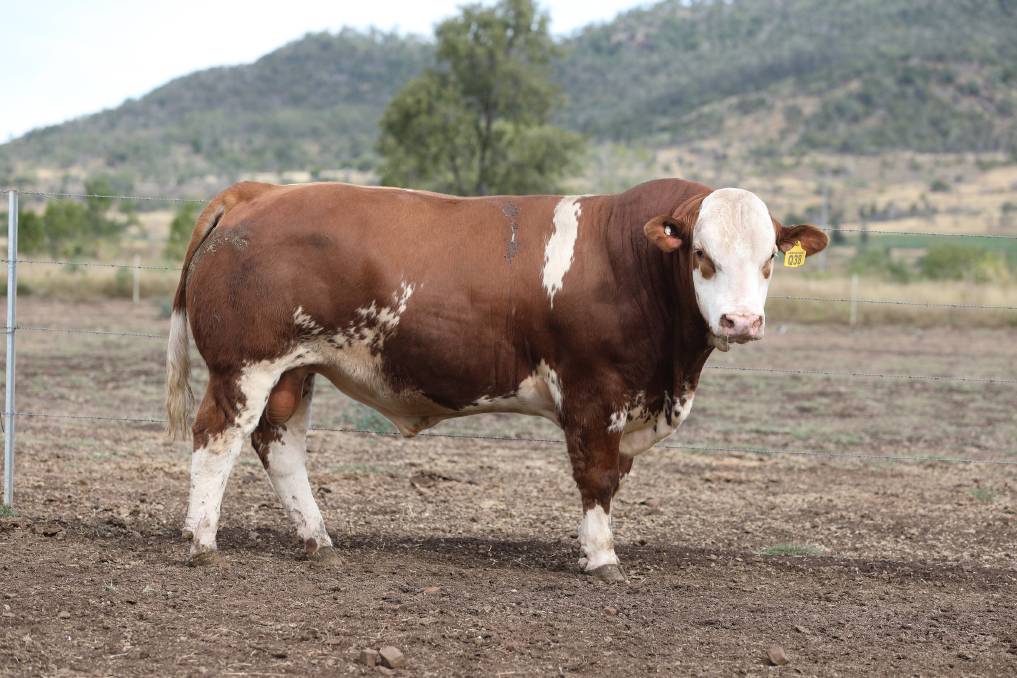 "He was up the top of David Greenup's lineup and he said he just missed out on his top 10 so to be recognised by David and then by the people is a fair honour," she said.

The couple run about 50 registered females across the two stud prefixes and are so pleased with the cross of Brunswick's sire and dam that they will look to run another IVF program in three weeks.

The third most popular bull was Planchonella Hill Q37 Queenslander from the Baker Family at North Star in NSW with 197 votes.

The top 10 results in the viewer's choice competition.

Eventual runner-up and Charolais bull 4 Ways MLR Qupid Q46E from 4 Ways Charolais at Inverell in NSW was sixth on 91 votes, Wattlebray Pin Up from Trevor and Lolita Ford at Chinchilla in Qld was seventh on 88 votes, Dorroughby Ringmaster from Dean Missingham at Westbrook in Qld was eighth on 86, Melander Quambatook from Kyle and Tamara Mellors at Chinchilla in Qld was ninth on 77 votes with Bryvonlea Volvo from the Heck family at Glastonbury in Qld on 62 points.

The story Droughtmaster declared most popular of Sire Shootout first appeared on The Land.