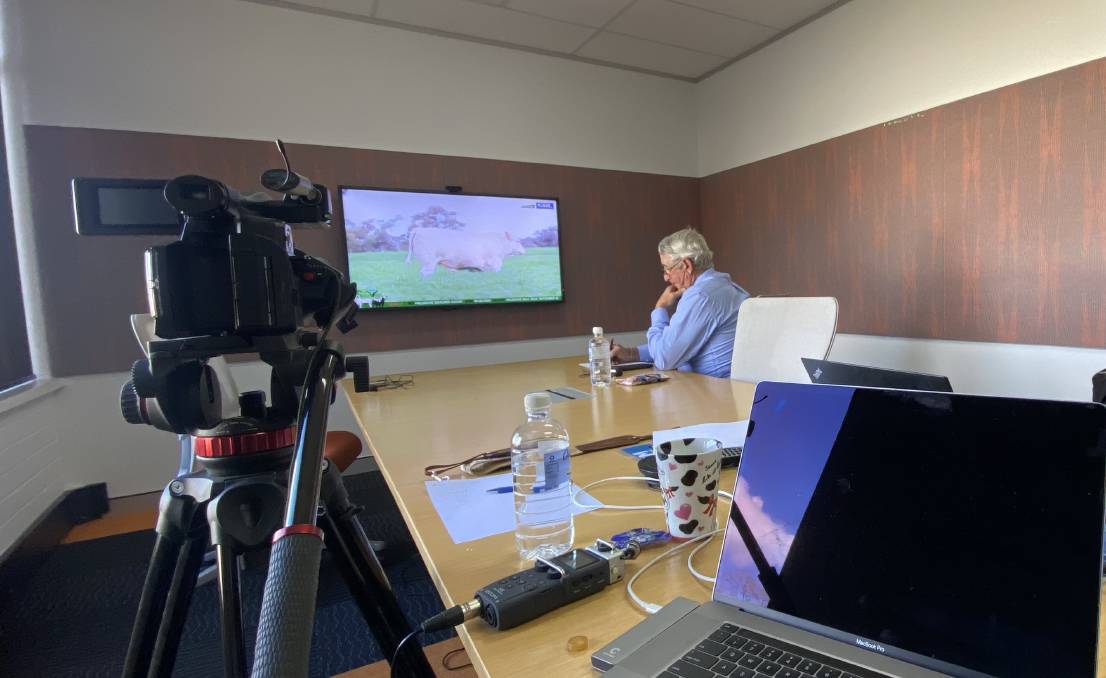 The stats are in and this year's Sire Shootout proved the biggest yet.

This year's Sire Shootout attracted the biggest catalogue of sale bulls and now online stats have revealed it was also watched by a larger audience.

Technical difficulties meant the three night judging was compressed down to two but it seems it had little impact on the final viewer results.

By Friday morning the Facebook livestreams on Queensland Country Life, The Land and Livestock Connect had been viewed more than 13,700 times while the online streams on all six agriculture mastheads totalled 2231 views from Australia, Canada, New Caledonia, United Kingdom and United States of America.

Add that with the fact the viewer's choice competition also received twice as many votes stretching across the globe, and the marketing capabilities of the Sire Shootout were clear to see.

European class judge Roger Evans of Nagol Park Shorthorns at Tamworth in NSW knew all too well the impact a virtual cattle competition can have on a herd after winning The Land's 2020 Beef Battle with the two-and-a-half-year-old Shorthorn female, Nagol Park YZ Romance N148, and her seven-month-old heifer calf.

As a result of the competition win, North American breeders Anwender Cattle Company secured Canadian rights in the female.

During the live judging Mr Evans encouraged more breeders, particularly those in the European classes to enter these types of competition.

Interbreed judge Guy Lord of Branga Plains at Walcha in NSW watched the inaugural Sire Shootout last year and commented on the quality of entries the 2021 competition had attracted.

"To be able to remotely assess bulls like this is a great concept," he said.

"It's a great plus for breeders of these bulls to be able to put them out in the public forum without having to take them off of their place and with the spring sales coming up they are bound to be good the way cattle prices are.

"I just thought it was a great concept and I really enjoyed doing it."

The story Sire Shootout reaches biggest audience yet first appeared on The Land.