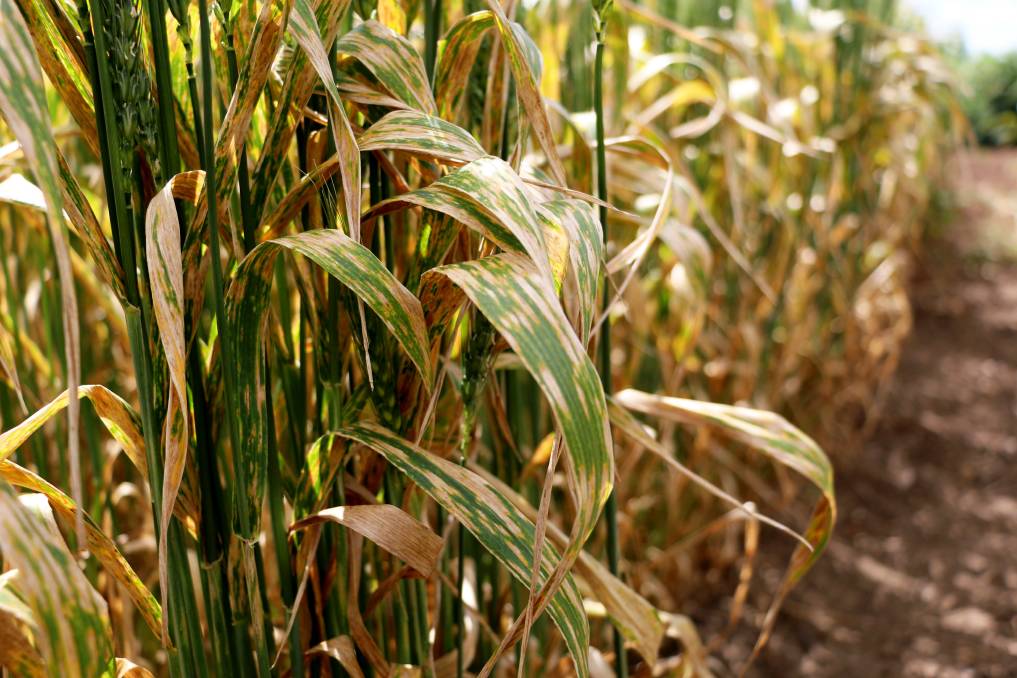 Rated the most economically damaging wheat disease in the country, yellow leaf spot can cost growers up to $30 per hectare in lost production and management costs in hard-hit seasons.

A NEW decision support tool developed with investment from the Grains Research and Development Corporation (GRDC) will help Australian wheat growers and their advisers to make more informed decisions about managing one of the industry's most damaging diseases, yellow leaf spot.

Rated the most economically damaging wheat disease in the country, yellow leaf spot can cost growers up to $30 per hectare in lost production and management costs in hard-hit seasons.

A new decision support tool has been developed for yellow leaf spot that is calibrated for use across all the wheat growing regions of Australia.

Called YellowSpot, the decision support tool is one of a series developed to assist growers with managing key crop diseases.

The tool was developed as part of a three-year $3.5 million GRDC and Department of Primary Industries and Regional Development (DPIRD) in Western Australia research co-investment 'Disease epidemiology and management tools for Australian graingrowers'.

DPIRD senior research scientist Jean Galloway said the YellowSpot tool was designed for use during the growing season and would assist graingrowers and agronomists to make more informed decisions about fungicide application to optimise yield and minimise costs in individual paddocks.

"The tool is intuitive and straightforward to use and requires the user to input individual paddock data, as well as expected weather conditions," Ms Galloway said.

"It then uses a forecasting model to generate the predicted return from a fungicide treatment, in dollars per hectare, highlighting the probability of a negative or positive return.

"The user can then view the predicted results in a range of ways, including tables and graphs."

GRDC manager diseases Friday Obanor said the new tool would be an important weapon in the management arsenal for growers and advisers battling of one of the grains industry's most problematic diseases.

"The disease has been known to cause up to 60 per cent yield losses in susceptible wheat varieties under conditions favourable for fungal development.

"Successful management requires an integrated disease management approach including crop rotation, timely application of fungicides to protect the most important leaves, removal of stubble and selection of resistant wheat varieties."

However, Dr Obanor said research had shown that the timing of fungicide application was particularly crucial in minimising yield loss.

Research had also confirmed that yield and quality losses, as a result of yellow spot infection, were greater in more susceptible varieties than in varieties with some level of resistance to the pathogen.

"Consequently, it is important to consider the economic benefit of applying fungicide to a variety with good levels of resistance, unless disease pressure is very high and the environment is conducive to further disease development - in which case fungicides should definitely be applied," Dr Obanor said.

Other decision support tools have been development as part of this GRDC/DPIRD investment and are available for growers and advisers to assist with management decisions around powdery mildew in mungbeans, blackleg and Sclerotinia in canola and stripe rust in wheat.

These are available for use on Apple and Android tablet devices and can be downloaded from the Apple app and the Google Play stores.