Applications open on Friday, July 23 for a new round of singles to potentially find love. 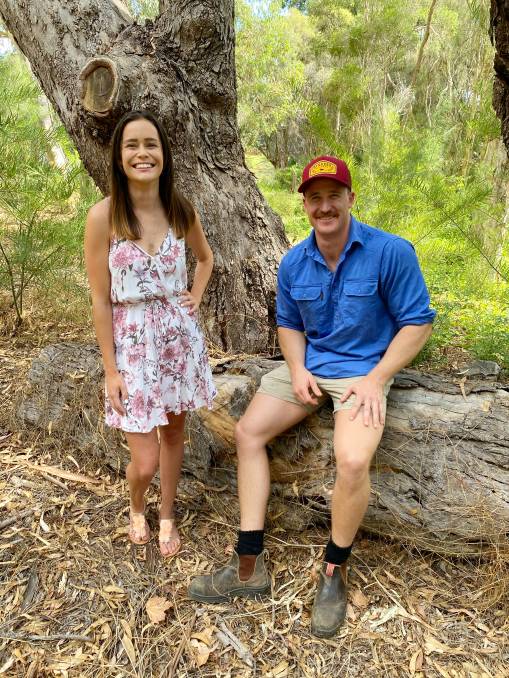 Farmers and Charmers podcasts hosts Shannon Beattie and Simon Leake are on a mission to help country singles find love.

FINDING love in the country can be hard.

With there being less options than in the city or less opportunities to meet someone, an alternative method of finding love has arisen with season two of the Farmers and Charmers podcast.

Hosted by two Western Australian agricultural professionals, agronomist Simon Leake and journalist Shannon Beattie, the podcast is based on setting up two strangers - one being from agriculture and in a rural area (the 'farmer') and the other not from ag (the 'charmer') - for a first date on the microphone with questions facilitated by the hosts.

Applications open on Friday, July 23 for a new round of singles to potentially find love.

Mr Leake joined the podcast as Ms Beattie's co-host earlier this year after featuring as a guest in season one.

As a result, this will be the first time that there has been a male perspective in the match-making process.

"I think having a male's input will help with the match-making," Mr Leake said.

"We've also got a more detailed questionnaire to try and match people based on their values, interests, personality traits and also looks, but that's less important."

With Mr Leake and Ms Beattie both single, Mr Leake couldn't deny that he would possibly be on the lookout for a match for himself.

"I don't want to be selfish, but I'll see if anyone catches my eye in the process," he said.

Also different this time around is the opportunity for applicants to prioritise themselves.

"We want to reward our listeners who enter, so will have a codeword in two recent episodes for people to include with their application which will give them priority in potentially being matched," he said.

"It won't guarantee that they'll be matched, but we will do our best for them."

Season two Farmers and Charmers launched in March, with episodes released fortnightly on Mr Leake and Ms Beattie discussing various dating topics, such as how to know when a relationship is official, the meaning of the latest dating terms such as ghosting, breadcrumbing and zombieing and advice on how to make the most of dating apps and social media to benefit your dating experience.

"Podcast hosting has been a good learning experience as I had never done anything like this before, but I think Shannon and I have gotten a lot more comfortable with each other on the microphone and we've got plenty of banter," Mr Leake said.

"It's good to talk about dating and relationships and how that relates to people in the country and if we manage to help some people find someone, then that's great."