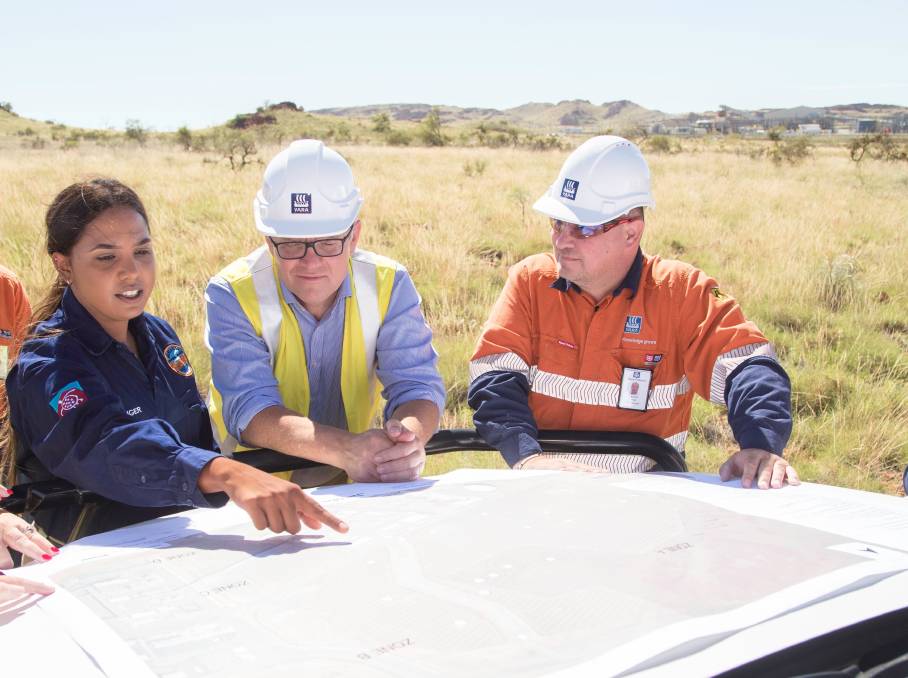 Yara Pilbara and ENGIE will build one of the world's first industrial-scale renewable hydrogen production operations.

THE Australian government has provided a $42.5 million grant to Yara Pilbara and ENGIE to build one of the world's first industrial-scale renewable hydrogen production operations.

Renewable hydrogen, a precursor to the production of ammonia, is seen as one of the most promising fuels for decarbonising emissions associated with power generation and shipping.

Renewable hydrogen is produced using hydrogen obtained through the electrolysis of water and nitrogen obtained from the air using renewable energy sources.

It turn, this hydrogen can be used in the manufacture of "green" ammonia used in the production of fertiliser and explosives.

Ammonia is an intermediary chemical used in the production of urea and nitrogen-phosphorus-potassium (NPK) compound fertilisers.

More than 180 million tonnes of ammonia are produced globally every year, with the vast majority of this used in agriculture as fertiliser.

Yara is one of the largest manufacturers of nitrogen fertilisers in the world, with global sales in excess of 28.5 million tonnes.

ENGIE is a global low-carbon energy and services group.

THE renewable hydrogen production plant will be constructed within the existing Yara Pilbara ammonia plant, complementing the region's existing export infrastructure and abundant source of sunlight and seawater.

Scheduled for completion in 2023, the first phase of the project will see the construction of a 10 MW electrolyser, on-site photovoltaic panels and a battery storage system that will allow the plant to operate without being connected to the main electrical grid.

It will produce up to 625 tons of renewable hydrogen and 3700 tons of "green" ammonia per year.

OUTLOOK: The Yara Pilbara ammonia plant which is set to put Australia on the world-map for renewable energy.

The grant was provided under the Australian Renewable Energy Agency (ARENA) Renewable Hydrogen Deployment Funding Round, which has previously provided funding for the project's feasibility study.

In addition, the WA Government has provided $2 million grant to assist with site selection, permitting and stakeholder engagement.

"Yara will integrate the clean hydrogen produced in the project into the existing ammonia operations to demonstrate that increased renewable hydrogen use can reduce the dependence on fossil fuels," he said.

Energy of the future

"We are heartened by ARENA's support for this project, which will not only contribute to the development of the renewable hydrogen industry in Australia but will also become one of the world's first industrial-scale renewable hydrogen facilities," he said.

"Renewable ammonia can serve as renewable feedstock for a variety of industrial uses," he said.

"And even more importantly, renewable ammonia is one of the world's most promising fuels for green power generation and shipping." Yara Crop Nutrition commercial director - Australia and New Zealand Michael Waites said the development of green ammonia capabilities is part of a range of initiatives the company is undertaking to reduce its carbon footprint.

"Yara has already reduced the carbon footprint of its nitrate fertiliser production by 40 per cent by making its production plants and processes among the most energy-efficient in the world," he said.

"The ongoing development of green ammonia technology and climate-smart agricultural practices means the company is on track to reduce emissions by another 30pc within a decade and become carbon neutral by 2050."

Founded in 1905 to solve the emerging famine in Europe, Yara has established a special position as the industry's only global crop nutrition company.