Many grey nomads travel around Australia with their pets who are being exposed to a dangerous new disease across northern Australia.

"Tell them in the southern states to get ready for it ... we in Australia have never seen anything like this before," outback vet Campbell Costello said.

Ehrlichiosis is now considered endemic in the Northern Territory after only being discovered in the north of Western Australia a year ago.

Cases have now been recorded in most states, mainly from dogs which have come from the NT.

Record numbers of grey nomads and other tourists have fled pandemic restrictions in the south to take advantage of the removal of border road blocks in the north.

Tourist town Katherine, about three hours south of Darwin, has been overwhelmed by the arrivals.

"They all have number plates from the south, mainly Victoria." The brown tick is the vector of the disease.

Dr Costello was in Katherine this week attending the town's show and said the caravans had spilled into the showgrounds after the many local caravan parks booked out.

He has already treated many dogs infected with ehrlichiosis who are traveling with the tourists.

"The disease is going to hitch a ride back home, there's nothing surer."

Most of the nomads return home after the northern dry season and before the "build up" months starting from September to October.

Ehrlichiosis has killed thousands of dogs across the Top End with hundreds of new cases in Darwin as well.

"It's not just a disease like many think in remote communities, it has spread into the towns as well," Dr Costello said.

Ehrlichiosis is carried by the common brown tick and has no vaccine. 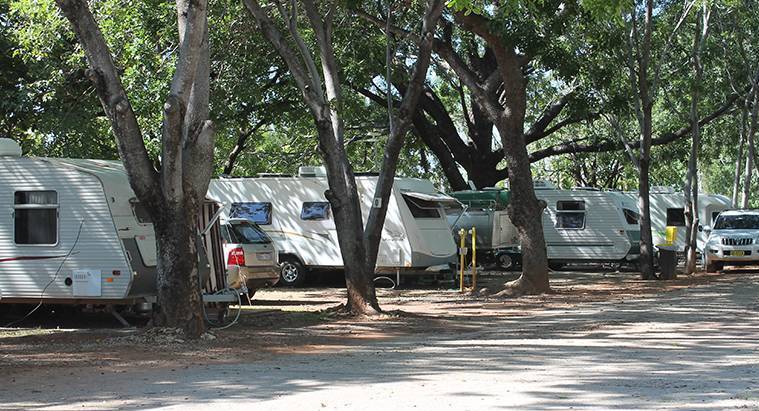 Lots of southerners have taken advantage of reduced COVID-19 restrictions in the north after last year's border closure.

She said veterinarians across the north were now well educated on the disease and information material was being provided to her colleagues in the south.

Dr Costello said he was surprised how few travelers knew anything about ehrlichiosis and the need to prepare their pets with two tick prevention measures.

"They're either complacent, don't have the right information or are just not aware of it," he said.

"We are treating cases up here daily, many dogs don't survive.

"Because of the tourists I think we'll see the disease becoming established around Australia very quickly.

"It will travel back home with them and it will spread, just as it has here."