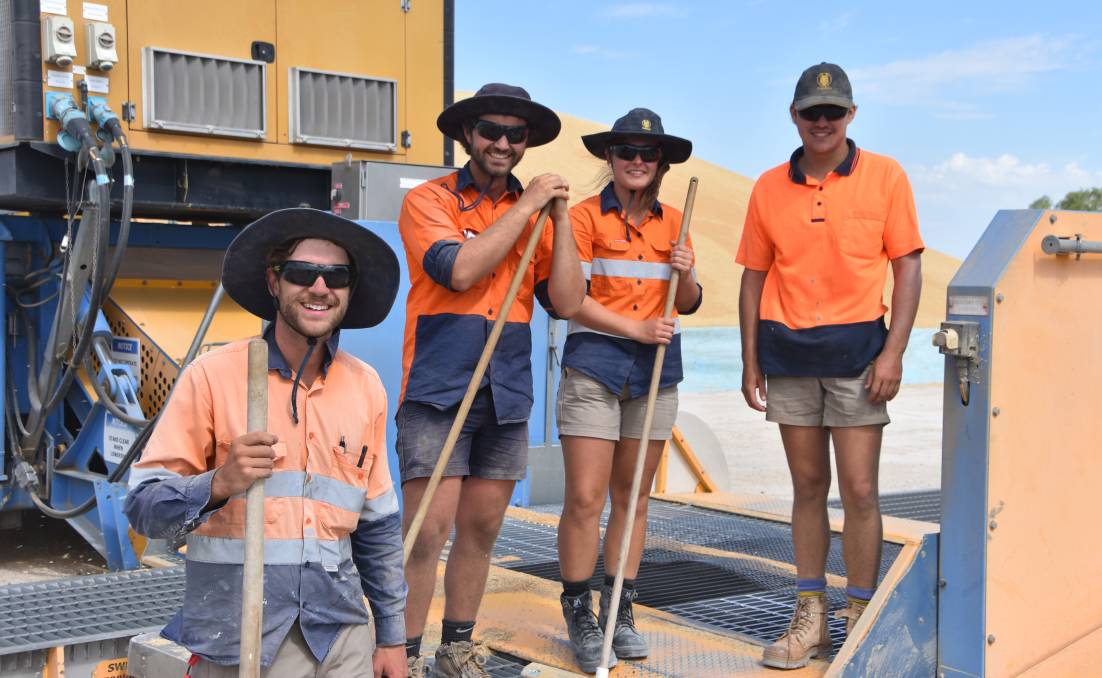 In anticipation of another big east coast harvest GrainCorp is embarking on a big harvest casual recruitment drive.

GRAINCORP is set to bolster its operations ranks with the recruitment process for harvest casuals set to kick off this week.

Operations general manager at GrainCorp Nigel Lotz said the company believed it would need around 3300 harvest casuals to work with permanent staff to help with what the company believes has the potential to be another big harvest through its east coast catchment.

Currently, the outlook is for another big production year, with good conditions at present and the Bureau of Meteorology predicting a wet spring.

In contrast to other industries in agriculture, such as the contract harvesting sector, Mr Lotz said he did not foresee difficulties in filling the positions.

He said there had been good inquiry in the positions prior to them formally being released and that the company had been in contact with a number of last year's casuals regarding them coming back and that they were expecting a number to return.

"It's a great to see that we are getting people to come back," Mr Lotz said.

"We know the work can fit in well for university students over their summer holidays and it is fantastic that many of them can return to their own local area over the holidays and fill these roles doing something really important."

He nominated a number of reasons why GrainCorp was finding it easier to attract staff than harvest contractors.

"Firstly, the staff are based permanently in the one spot, they don't need to able to follow the harvest along, which is not possible for all people," he said.

"Secondly, there is a wider range of jobs available so while to operate large machinery you need a specific skillset at GrainCorp we've got various jobs from working on the sample stand to bunker work or on the weighbridge."

Mr Lotz also said the company benefited from being a large company and having good ties with the recruitment sector.

"It is something we do most years so we are familiar with what we need to offer potential staff.

"We do tweak things, this year we are starting a little later as the feedback was there was a long lag between the jobs being offered and the actual commencement date."

There are also good opportunities for full time work and career advancement.

"We see a lot of the harvest casuals work their way up through the ranks to management positions, which we think is a really good reflection of the company culture," he said.

He said the company was aware of the potential shortage of harvester labour and would try to help contractors if possible to attract staff.

"We all want to be able to get the crop off in a timely manner so we're hoping the contractors do manage to find the workers they need."

Mr Lotz said the current outbreak of the Delta strain of COVID-19 highlighted the company would again have to be nimble and well prepared leading into harvest.

"Many of the measures we implemented last year to cut down on face to face contact will be in place again, we will also have measures to ensure site staff are quarantined from each other so if there is a worst case scenario and an outbreak involving staff at one site it will not jeopardise operations at another."