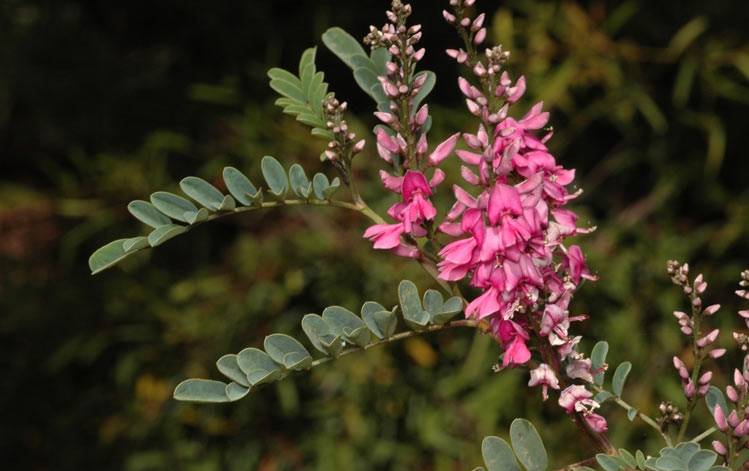 A popular flowering shrub called indigo has been blamed for the mystery deaths of dogs across Gippsland.

Scientists have linked the deaths of dogs across Victoria's Gippsland back to farm animals.

Scientists have linked the deaths of dogs across Victoria's Gippsland back to farm animals.

An outbreak of liver disease has already caused more than 10 dog deaths with 50 or more dogs thought to have been made sick through locally made pet food.

The shock outbreak occurred from the end of May to the start of this month.

Dog owners with frozen or unused pet food sourced from the area have been advised to safely dispose of it.

Scientists now believe the liver failure was caused by the poison indospicine, something never seen before in Victoria.

Indospicine is a toxin found across Australia in native plants of the Indigofera species, a pretty flowering shrub commonly called indigo.

Agriculture Victoria and PrimeSafe's investigation into the cluster of dog deaths from Bairnsdale, Traralgon and Frankston areas identified indospicine as the cause.

Dogs are especially sensitive to this toxin.

Indospicine has been previously shown to build up in some grazing animals when they continued to eat these plants but is more common across northern Australia.

It has caused residual toxicity problems from the grazing of cattle, horses, sheep and even rodents.

MORE READING: Feral pigs not just a pest but a climate destroyer.

Indospicine toxicity has not previously been reported in Victoria.

Authorities said there is still "no conclusive evidence" of how the dogs have ingested the toxin with pet food sources remaining a primary focus".

The investigation is ongoing with multiple lines of inquiry across the pet meat supply chain and testing continuing at laboratories across Australia.

PrimeSafe and Agriculture Victoria advice to dog owners remains that fresh or frozen raw pet meat sourced from Gippsland between May 31 and July 3, should not be fed to dogs.

It is understood that various businesses and suppliers have implemented voluntary withdrawals and recalls of potentially affected products.

Dog owners should seek veterinary advice if their dog demonstrates any concerning signs including sudden loss of appetite, lethargy or jaundice in a previous heathy animal, especially after eating pet meat.