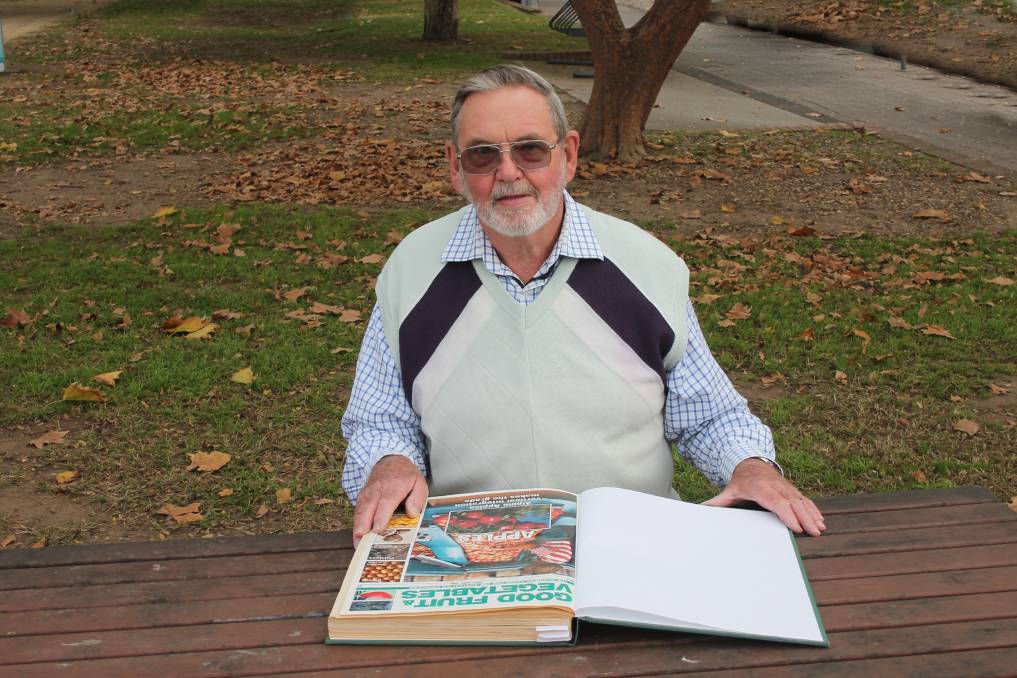 A PIONEER in leadership, education and communication has been lost to the Australian horticulture industry, with the unexpected death of Tony Biggs on July 17.

In his 40 years in Australia, Tony Biggs made a significant difference across a range of organisations and industries.

He and family moved from Kent in the UK, where Tony had been lecturing at Wye College, to Hawkesbury Agricultural College (as it was then, now UWS Hawkesbury campus) in 1980.

He was appointed Head of the Department of Horticulture, before becoming Principal Horticulturist Vegetables with the NSW Department of Agriculture in the mid-1980s. He had a big impact at both organisations and their staff.

On arrival in Australia, Tony had observed there was no dedicated national magazine for commercial production horticulture.

In 1990 he helped establish and was founding editor of Good Fruit & Vegetables, ably supported by Frances, producing over 200 issues in the next 13 years.

He was an excellent communicator and had a particular flair in translating and editing scientific research and results into every-day language.

In a recent interview with the current editor of Good Fruit & Vegetables, Tony said: "The technical content of the magazine at the outset and throughout my 13 years as editor was based around news and stories on current research from around Australia and overseas, a major detailed monthly business article - Enterprise of the Month; interviews with national and international horticultural personalities, new product information and much, much more. I saw the technical content in being of paramount importance."

He travelled extensively across Australia, seeking out stories and profiles in many diverse areas, building a wide network of colleagues and friends in the process.

An annual highlight in the magazine were special features covering presentations from the Australian Horticultural Corporation's "Marketing Edge" conferences, reaching a much wider audience and generating greater interest in marketing.

This led to covering both the Asiafruit Congress in Hong Kong and the US Produce Marketing Association's Convention and Exposition on a number of occasions.

Concurrently, in 1991 he was appointed a Director of the Horticultural Research & Development Corporation, one of the forerunners of Hort Innovation, a position he held for nine years.

Such was his contribution, he was asked to stay on the board after completing the maximum allowable period of six years.

Through his family company Cardinal Horticultural Services, Tony undertook a range of other activities, usually in collaboration with Frances.

He was the mushroom industry's R&D coordinator, including managing the new purpose-built facility at Sydney University.

As well as seeing the need and being responsible for establishing the Australian Potato Industry Council, he and Frances provided the initial secretariat. 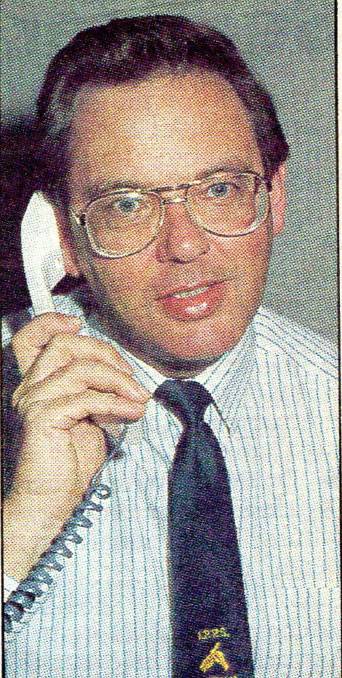 His knowledge and experience of greenhouse horticulture and hydroponics in the UK, combined with collaborative research he undertook with Rick Donnan in Australia on the use of rockwool, led to major advances in the technology and its application.

He was largely responsible for establishing the Australian Hydroponics Association (now Protected Cropping Australia) and providing the foundation Secretariat.

His experience and attention to detail made Tony a natural choice to review a range of horticultural programs.

In addition, he was a significant co-contributor to a number of production and marketing projects in different parts of Australia and across industries.

Prior to arriving in Australia Tony had written "Vegetables", a practical reference book for gardeners, published by the Royal Horticultural Society.

Its on-going popularity resulted in regular updates over succeeding decades. 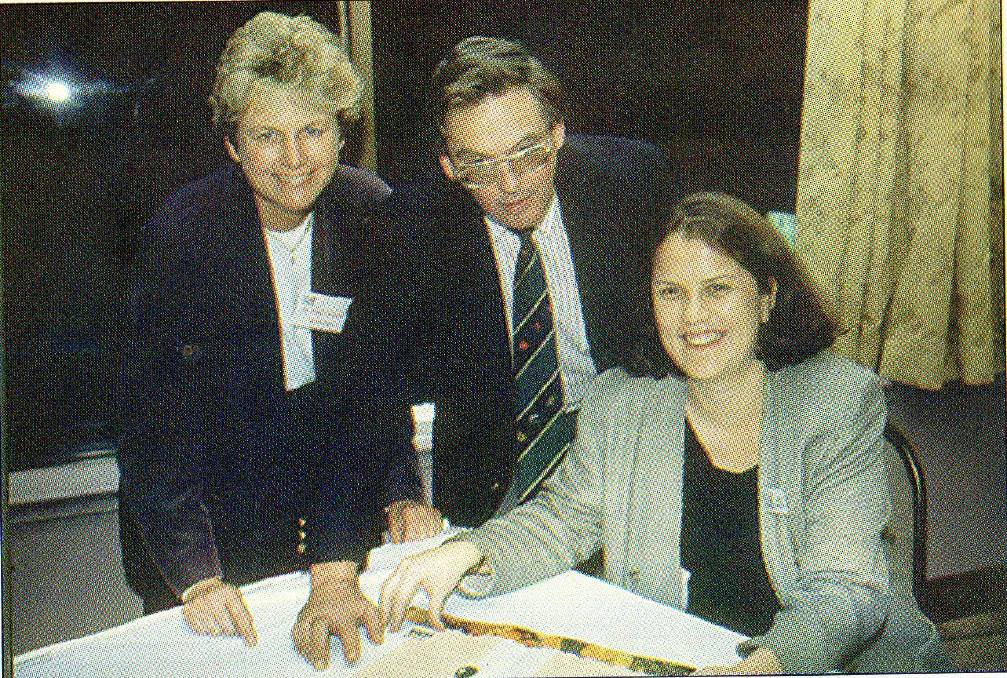 His prolific writing continued in 1985, when he co-authored "Principles of Vegetable Crop Production", published in the UK and distributed internationally.

Volunteering was in Tony's DNA. He was a strong believer in the Australian Society for Horticultural Science, as a founding member and president/co-president from 2000 to 2004.

For many years Cardinal Horticultural Services provided the Secretariat for the Australian Plant Propagation Association.

He would regularly address industry meetings and field days. He also undertook a number of volunteer projects in the Pacific and Asia, associated with communication and education.

His services and contribution to Australian horticulture were justly recognised in 2004 when he was awarded the prestigious Graham Gregory Medal.

Tony's impact not lost on successors

The topic didn't come up during the interview printed last year.

Whatever the size, he left considerably big boots to fill for subsequent editors of Good Fruit & Vegetables magazine.

It was Tony who came up with the idea, who mouldeded the editorial direction, who wrote copious amounts of copy to fill pages and worked closely with advertising staff to ensure it was a commercial printing success.

His eye for what growers and the industry wanted to read about at the time, set the tone for the magazine that continues today.

The days of the 4000-word Enterprise of the Month have gone but the commitment to featuring growers and businesses doing innovative and progressive things, continues.

Each editorial Tony wrote was labelled "Across the Editor's Desk", thus we decided to go with "Looking back across the editor's desk" as the headline for an interview last year to celebrate the magazine's 30th anniversary, complete with the question and answer style he used so often for major interviews.

These days, commercial pressures dictate the size of the magazine as companies are spoilt for choice of where to spend their advertising dollars.

Some challenges remain the same as they were in 1990 it seems, like how to cover as many industries as possible, across as many regions as possible, within a limited number of pages but with enough depth to explore an issue.

Good Fruit & Vegetables will continue to serve the horticulture industry as a publication that isn't underwritten by a funding body or levy-paying growers.

It remains independent and relevant, just as it did when Tony Biggs sat in the editor's chair, and wore those shoes, 30 years ago.