The day was full of information, covering a range of topics all about sheep.

With cool weather and rain threatening, it was lucky for attendees that the majority of the day was conducted inside the Wilkinson's shearing shed.

Local AWN stock agent Greg Wootton emceed the day and after a quick welcome, the talks kicked off.

He went through the benefits of fat and some of the results from research and various trials that have been conducted. Caterer for the entire day was Nikki Crago (left), Coomberdale, who enjoyed a break to catch up with Alli Whybrow, Badgingarra.

"An extra one millimetre of live fat can deliver up to five per cent improvement in the number of lambs born, it is not a massive number but it is there," Dr Thompson said.

"Fatter lambs and weaners have a higher survival rate."

Dr Thompson also discussed the question - what could fatness in a system be worth in terms of profitability per hectare?

He said their main objective of the research is to try and establish better ways to select sheep to make more money per head.

Following Dr Thompson's presentation was Dr Graham Gardner, Murdoch University who spoke about intramuscular fat (IMF) - a new trait for the lamb industry to trade on.

He spoke about the relevance of it in the industry and how they are measuring it.

"The reason why IMF matters is because people love it," Dr Gardner said. "It's what makes the meat taste good.

"The lower the IMF the tougher the meat is and no one likes tough meat.

"Because of this we made a breeding value out of it and we are trying to create a system to make sure farmers are getting paid to breed it.

"We have developed a new MSA model for lamb but we can't roll it out yet because we can't measure the trait."

Dr Gardner said that producers would be able to trade on IMF/eating quality, having completed the legislative process six weeks ago.

He went on to explain how they were trying to develop some technology to measure and predict chemical IMF percentage accurately.

Throughout the day Jim Gordon, a sheep producer from New South Wales (NSW) provided his expertise via video link.

It was then onto a practical session co-ordinated by Mr Gordon.

During this time people were able to inspect Mr Wilkinson's sheep and discuss his methods of running his flock and stud. Luke Freeman, Hi-Tech Ag Solutions, provided some insight on regenerative farming and some of the benefits his clients have seen through the practice.

Mr Freeman started by explaining the issue of soil imbalance and how to overcome it.

"Depending on the soil chemistry, fertiliser inputs are not necessarily efficient, so we have to put out higher rates to achieve the yields we want, which can lead to imbalances in the soil and can deteriorate the soil biology," Mr Freeman said.

"For us at Hi-Tech, the regenerative concept is about restoring life to the soil, increasing carbon storage in the soil, and decreasing dependency on chemicals.

"The aim is to bring back balance to the soil on not only a microbial level but also a soil chemistry level," he said.

Mr Freeman went on to discuss the process of starting regenerative farming and some of the different methods that clients had used to achieve their goals. 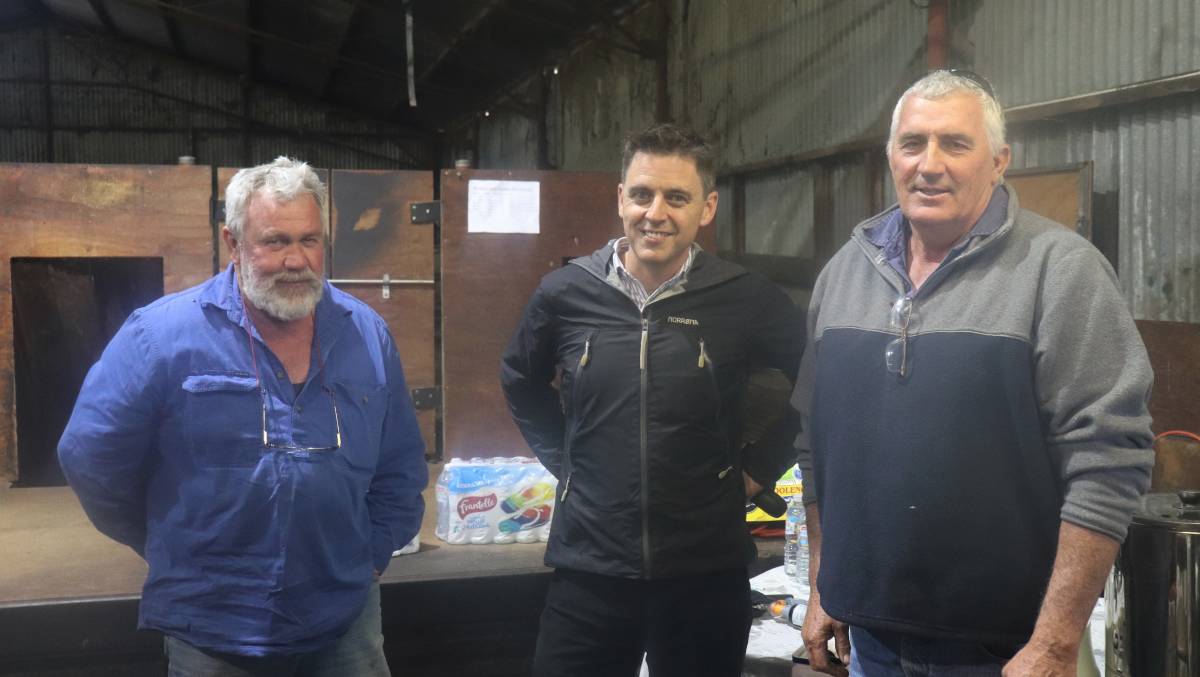 The last presentation of the day, the value of shearing twice a year was covered by AWN WA wool manager Greg Tilbrook.

He discussed the pros and cons of shearing at six months and some considerations for producers who may want to look at doing it.

"Can you shear at six months? Yes, but it is not for everybody because you have to get a lot of things right to make it work," Mr Tilbrook said.

"You also have to have the right type of sheep."

Mr Tilbrook then showed some of the results in terms of wool cut and micron from shearing at six months from those who are already doing it. Elizabeth Tierny (left), Walebing and Kingsley Smith, Dandaragan caught up at the end of the day.

After each talk the floor was opened for questions, which people were eager to take advantage of.

"I wanted to thank all of the people that helped make this day happen and I especially wanted to thank Andrea Grey for being my right hand person through this," Mr Wilkinson said at the end of the day.

"I appreciate the latest research and everything that has been talked about today.

"I enjoyed all of the talks and it was great to see everyone else was also engaged.

"It was a privilege to have the speakers come and present." A crowd of nearly 50 people attended the day.