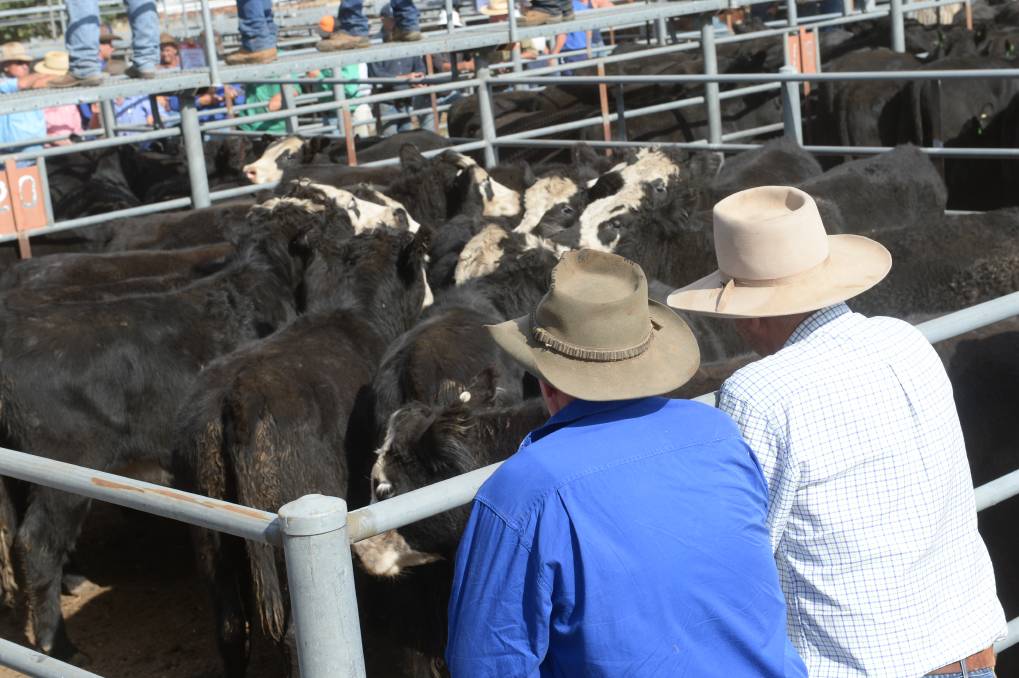 Just another day of dearer cattle trading? Perhaps. But for those who enjoy the data, the milestone was worth marking as the EYCI zoomed past 1000c/kg on Thursday evening.

Just another day of dearer cattle trading? Perhaps. But for those who enjoy the data, the milestone was worth marking as the EYCI zoomed past 1000c/kg on Thursday evening.

It's a far cry from the low of the most recent drought when cattle prices slumped to 385c/kg in early March 2019.

What makes this lift in the EYCI unique is the strength on the demand side of the trading equation.

Meat and Livestock Australia's Steve Bignell said this time there's been a significant increase in the number of EYCI-eligible cattle being offered.

That means supply and demand are up at the same time.

To hit market highs, supply would traditionally be limited, which therefore drives the demand and results in higher prices.

"These are certainly unprecedented prices for young cattle, and it has kept climbing despite industry commentary that it wouldn't crack the 1000c/kg mark," Mr Bignell said.

"What we've got at the moment is that restockers are making up half of the buyers of EYCI-eligible cattle, so that's really been driven by that restocker demand.

"We are seeing the lighter cattle, those vealer steers, averaging 1132c/kg, and it seems people are favouring those lighter animals as they can add kilos to them."

The sheer weight of numbers from Roma in Queensland contributing to the EYCI calculation has been a fixture of this price peak in the past month.

On Tuesday, after Roma's sale results were entered into the MLA data cruncher, it indicated those cattle contributed about 40 per cent of the EYCI-cattle.

That's a big chunk of the market.

Mr Bignell said of those Roma cattle, 60pc or more were bought by restockers, whereas across the whole of the EYCI cattle, it's closer to 50pc going to restockers.

"The rain that we had late June and the first two weeks of July has been really spurring on available grass and water and we have those lighter cattle being favoured by the restockers in Roma," he said. Breaking down the numbers for EYCI cattle this week, Mr Bignell said restockers were paying an average of 1074c/kg, whereas processors paid 879c/kg and feedlots averaged 947c/kg.

"So you can see the restockers are paying a 123c/kg premium to the feeders," he said.

"What we are also seeing is processors taking a smaller percentage of the breakdown.

"We were seeing them taking about 10pc; that's now back to around 7pc."

"It was predicted to do it and the demand we are seeing in this area from the processors and also the feedlots has certainly put pressure on prices," Mr Corcoran said.

He said tight supply was at play in the dearer trends in southern NSW and into Victoria.

"We've had a typical old-time winter in this part of the country with good falls of rain and that's affected the markets," he said.

"The market here at Wodonga was very strong this week, where we saw some young cattle $50 a head dearer, more in places, and that's also evident on AuctionsPlus, where we've had 300kg weaners selling for about $1900.

"At the same time, processors have upped their rates by 20c/kg to 30c/kg in recent weeks and we saw that rise in the saleyards again this week."

T and W McCormack agent Matthew McCormack, Casino, said the local market started out firm, but surprised him when it got dearer as the sale went on this week.

"The prices are certainly enticing a few more cattle onto the market and not just the young cattle, as we are seeing people selling cows, while that grown cattle market is also benefiting," he said.

"I'd like to see the market hold about where it is for a while, but I'm just not sure if there's room for it to move any higher or not.

"Certainly, the season and whether we keep getting rain or end up hitting a dry spring will affect where prices go.

"Also, we are seeing the last of this season's calves coming through, so if we start to get a few more new season ones on the market, that might push the prices up a bit."

The story A new milestone as EYCI hits 1003.44c/kg first appeared on The Land.