Ridgehaven Poll Dorsets is well-known for its balanced approach to breeding. 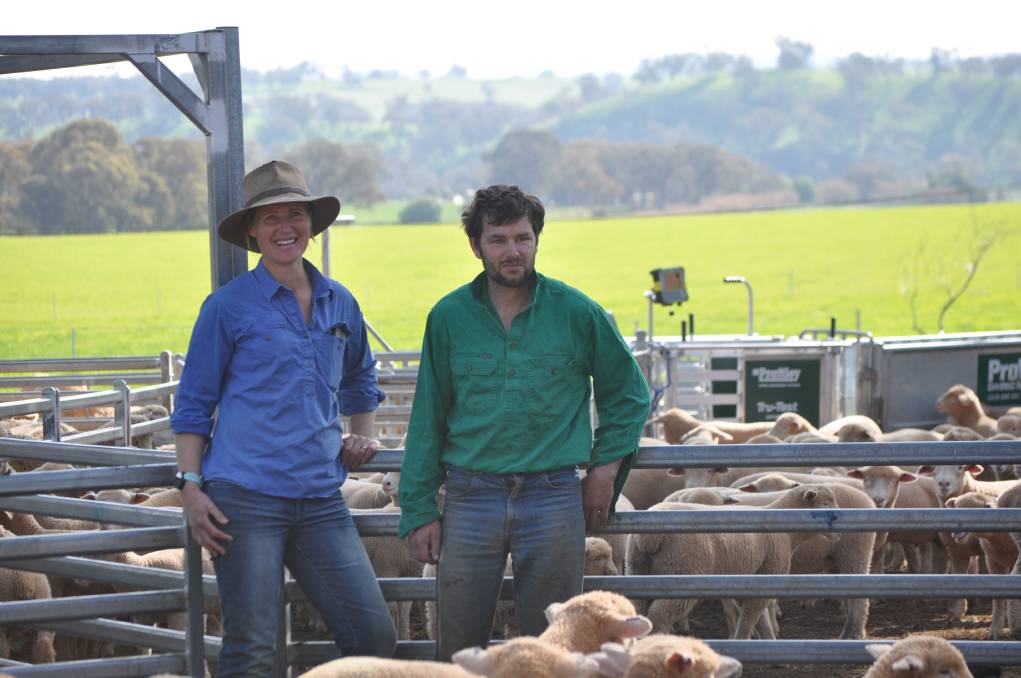 HIGHLY productive Poll Dorsets that finish quickly and dress well, with the right meat characteristics for eating quality, are producing great results for lamb producer, the meat processor and the consumer.

That's the goal for Ridgehaven Poll Dorsets, which is well-known for its balanced approach to breeding, which considers both commercial and stud traits to breed an animal that's true to breed type and performs well on farm, over the hook and on the plate.

The stud, run by siblings Ruth Klingner, Isabele Roberts and Floyd Legge, is based at Cudal in NSW's Central West and supplies rams to clients from southern NSW to Queensland.

"We believe a balance of traits is critical to optimising the performance of these genetics in a prime lamb production system where ease of on-farm management, high growth and carcase yields are the keys to profitability," Mrs Roberts said.

"At Ridgehaven we set critical goals for our breeding program, and ensure we are monitoring and measuring all the time."

Ridgehaven also takes it a step further, with a selection of lambs sent to the abattoir for carcase evaluation, which includes measuring eating quality traits.

"These, along side on-farm management evaluations such as fertility and lambing ease, enable us to make breeding decisions that target all the requirements of a prime lamb production system," Mrs Roberts said.

The work done by the stud in lifting carcase quality is backed up by the family's commercial flock, which produces about 2000 commercial prime lambs each year.

While market opportunities range each year, a portion is always sold direct to processors, and they've had some impressive feedback.

Suckers, from 11 to 13 weeks of age, sold to Breakout River Meats this year averaged 42.5 kilograms liveweight and 23.1kg carcase weight, for a dressing percentage of 54.4pc.

Three lambs were also sent for a direct sales order, and of these, the heaviest lamb was 54.5kg at 14 weeks, with a carcase weight of 30.5kg.

"Selling lambs as new season suckers is by far the profitable option, because lambs with quick, early growth get sold first at higher prices, and cost the least to produce," Mrs Roberts said.

"We maximise our price per head, and minimise our cost of carrying them - you just need good genetics and some grass." 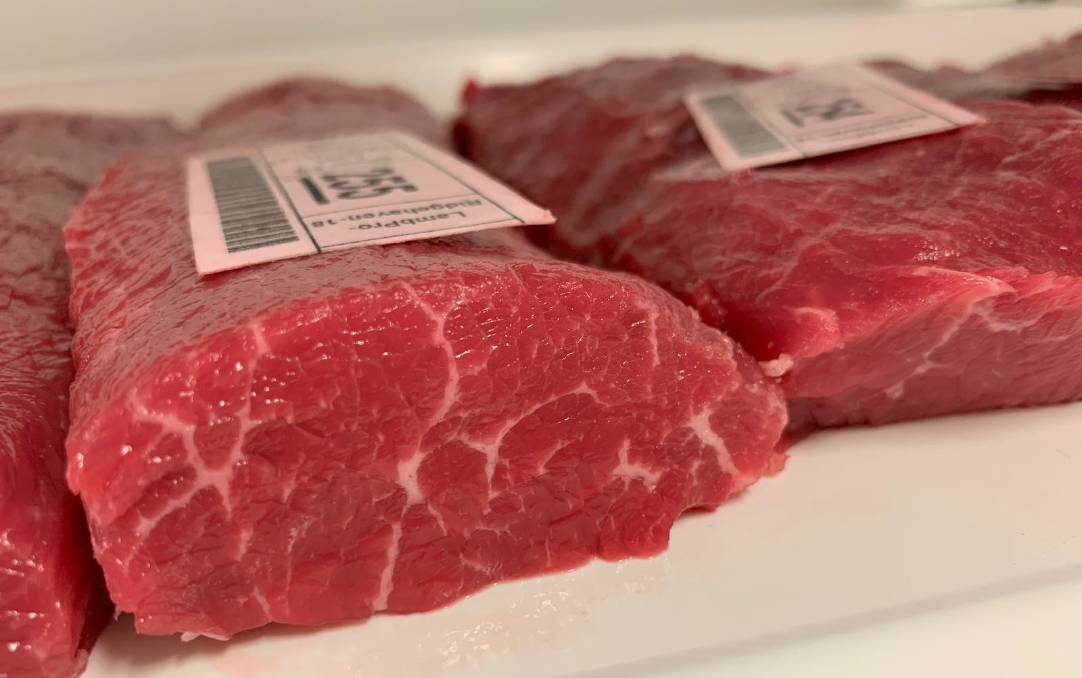 Three key profit-driving traits - carcase shape, growth rate and intramuscular fat (IMF) - have been the focus for Ridgehaven over the past few years, with the goal to deliver a higher value carcase for the lamb producer.

Carcase shape refers to volume in the hindquarter, and depth and width of the eye muscle, Mrs Roberts said.

"Without these, a carcase will not yield both in dressing percentage or lean meat yield. Heavy selection pressure for hindquarter shape, together with eye muscle measurements, has seen our sheep consistently produce dressing percentages of 56pc, and up to 62pc."

The work on growth rates, which are driven through the use of ASBVs, is ensuring a balance of moderate birthweight and high weaning weight.

"Our target is an average weaning weight of 39kg at 11 weeks across 1200 lambs (single, twins and triplets)," Mrs Roberts said.

Marbling is becoming increasingly important in the production of high-value carcases, and since 2018, Ridgehaven has been measuring IMF in carcase assessment.

"We've now have reached a point where we are confident that we know enough about our genetics to implement breeding decisions, and removing low performing genetic lines means the average IMF level of our ewe flock has increased," Mrs Roberts said.

Ridgehaven lambs were among the first to be sold using the value-based price grid which was launched by Gundagai Meat Processors in April. The group of nine to 11-month-old lambs had an average carcase weight of 41kg, dressing at 53.25pc, and the genetic lines specifically bred for IMF measured highest, with a top of 6.2pc.

"We are very excited to be part of a program where lamb producers get paid for both quantity with carcase weight, and quantity, through lean meat yield and IMF. It was fantastic to receive a premium of up to $20 per head for the lambs that measured more than 5pc for IMF."

Ridgehaven clients are also expecting to see good results in this market as the technology grows in the industry.

The majority of Ridgehaven rams are sold into the Central West and southern NSW, and used over crossbred and Merino ewes.

"The sucker market is the primary focus for most lamb producers, requiring genetics for a high growth, easy finishing lamb," Mrs Roberts said.

"We also sell a number of rams into Queensland and further west in NSW, and while some of the lambs produced in these areas are sold as suckers, they will also either be grown out to an export weight, or sold as a store lamb to be finished elsewhere."

The team at Ridgehaven has also been working on a direct sales program, where lambs are processed and butchered to customer specifications.

Orange-based winemaker and foodie Matt Atallah is among the clients who have been able to sample Ridgehaven lambs.

"I'm of Middle Eastern decent, so we eat a lot of lamb," Mr Atallah said.

"My wife and I are passionate about food and wine, so our lives revolve around our meals - we remember special occasions by the meals we've eaten."

Mr Atallah has been buying whole lambs for about 30 years, and gets the butcher to focus on cuts for barbecuing, including chops and butterflied legs.

"We tried a lot of lamb, and got lamb from five different sources at Orange, but Isabele's lambs have to be the best I've ever tasted.

"You can see how much she loves her animals in how well the meat looks. It's tender and full of flavour, and it's a beautiful colour, with nice separation of fat on the rack and the cutlets."

The story Profit drivers the priority for Ridgehaven first appeared on The Land.