It's taken Lambpro owners Tom and Phoebe Bull 20 years to develop their flock. 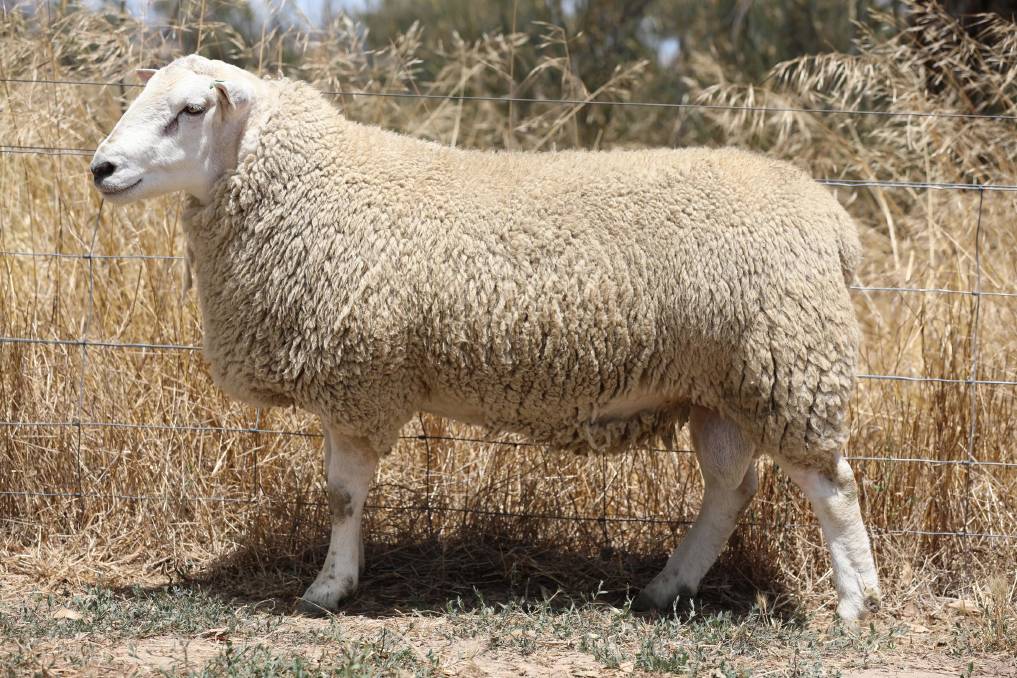 IT'S the breeding program well-known for its productive, profitable lines of sheep, but it's taken Lambpro owners and leading seedstock producers Tom and Phoebe Bull 20 years to develop their flock, and the work continues.

The Holbrook, NSW-based stud's aim has been developing a low-maintenance breed with high production and carcase traits that meet the needs of the lamb industry.

The Lambpro Primeline Maternal combines the maternal traits of high fertility and milk, production traits that include improved lamb survival, strong growth rates and doability: and carcase traits such as yield and intramuscular fat.

The result is outstanding trade lambs with a low production cost.

The Bulls' quest for the perfect maternal ewe began in 2001, following Meat and Livestock Australia's extensive research in the late 1990s which evaluated the performance of almost 80 maternal sires from a number of breeds.

That research revealed that high-performing maternal sires could deliver a extra $35 per ewe per year in added production from high fertility, growth rates, and milk.

However, many of the top sheep for reproduction traits had extremely poor carcase traits for muscle and were extremely lean, which meant they struggled in dry seasons.

In 2001 Lambpro started combining a number of breeds together with the aim of developing a highly fertile, high milking maternal sheep which was moderate in frame score, but carried enough condition to draw on in difficult times such as pasture gaps in autumn, as well as drought.

By 2006, during the Millennium Drought, the flock was being fine-tuned, with the Bulls having to cull taller ewes which required more feed to remain productive in extreme conditions.

"The flock was left with a fatter, more moderate ewe base which we then expanded using embryo transfer to multiply ewes with high fertility, that were producing well-muscled lambs," Mr Bull said.

Around the same time, there was a shift in markets for maternal sheep, which had initially been too lean for the domestic market.

"Our heavy selection saw these sheep becoming ideal for the domestic and supermarket trade, and by 2009 we were able to launch the Primeline Maternal breed to the industry," Mr Bull said.

"Our aim was to become the 'Angus cow' of the lamb industry, which had production and market acceptance right along the supply chain."

Lambpro's work to develop its own type resulted in a moderate, tight skinned, well-muscled, clean-pointed sheep with extremely high fertility and milk.

Mr Bull said the stud's work on fertility had a three-phase focus on conception, fecundity and lamb survival.

"Lambplan now splits fertility into these three traits and it's been revolutionary for selecting sheep, as opposed to a single number of lambs weaned measure," he said.

"We see the future of fertility not as taking flocks from 155pc to 175pc, but simply to achieve 155pc at a lower cost and more importantly, a higher stocking rate."

While many breeds look to twins and triplets to evaluate fertility, Lambpro has a more lifetime production focus, as high rates of triplets add to labour and impact lamb growth rates.

"During the 2000s we worked hard to bend the growth curve of our sheep, for extremely high early growth that plateaus off to have a moderate ewe weight."

The next step was improving marbling, which would allow Australian lamb to position itself as a premium product.

Carcase data is collected from all progeny by Primeline sires, which, along with genomic technology, is refining breeding selection based on carcase traits.

"We don't want long ropey skins, poor carcases or excessively lean or tall sheep, so we're also still culling visually, as well as with the use of objective data."

The large scale of the operation, with 4500 recorded Primeline ewes allows the team to apply more selection pressure on the flock.

"We pride ourselves on running large contemporary groups, and they're run hard, so the cream rises to the top," Mr Bull said.

"In 2021 we joined 1800 yearling ewes, and from that, we hope to find 20 ewes that in three to four years' time, are producing more lambs, and lambs of high quality - these ewes will form the basis of the nucleus moving forward.

"The leading ewes, once they've proven themselves as top performers, are selected to go into the embryo transfer program to produce the next generation of leading sires.

"The ewes we have now, after two decades with Primelines, have more lambs, and bigger lambs; they require less drench and management; and they have significantly better meat than their grandmothers did."

Clients who have been on the journey with Lambpro for the past 20 years are seeing better growth rates and higher weaning percentages.

The need for high quality maternal genetics was clear at the stud's most recent sale, where 903 Primeline Maternal rams were sold for a top of $15,000 and average of $3913. In the November 2020 auction, which also included Lambpro Tradie and Poll Dorset lambs, 1200 ram lambs were sold across two days for an overall average of $3295 and gross of $3.977 million - an Australian record for the highest grossing single-vendor beef or sheep seedstock sale in the country.

Mr Bull said clients were narrowing in on traits using Lambplan, investing in rams that can be joined at higher rates, and used multiple times.

"Our rams can produce up 150 daughters annually, and most of our clients understand genetics will account for 50pc of a farm's productivity improvement and they are focused to maximizing this benefit."

Having well-educated ram buyers means data is paramount, and more than 20 pieces of data, including marbling, provided for each ram.

"Maternal flocks take seven to eight years to change, and there is a common belief that by 2030 marbling measurement will be mainstream. It's already started with the Gundagai Meat Processors grid, and we firmly believe lamb will mimic beef with a progression towards premium high marbling products. Accurate data is the genesis of making these changes."

Lambpro expects to have almost 1700 Primeline Maternal rams on offer at this year's sale.

The sale operates under a unique system, where clients order rams and the sale is closed off when orders reach the sale total.

"While new clients can come in, it gives long term clients an opportunity to buy rams year after year," Mr Bull said.

This year will offer large numbers of ram lambs from the sexed semen programs.

"Our motto has been identify and multiply, and sexed semen allows our top rams to have hundreds of sons of our elite rams available for clients, which will fast-track genetic gain within our client base."

The other big event for the breed is the annual Primeline Maternal ewe sale on November 23, which features 20,000 head.

The story A profitable maternal breed first appeared on The Land.