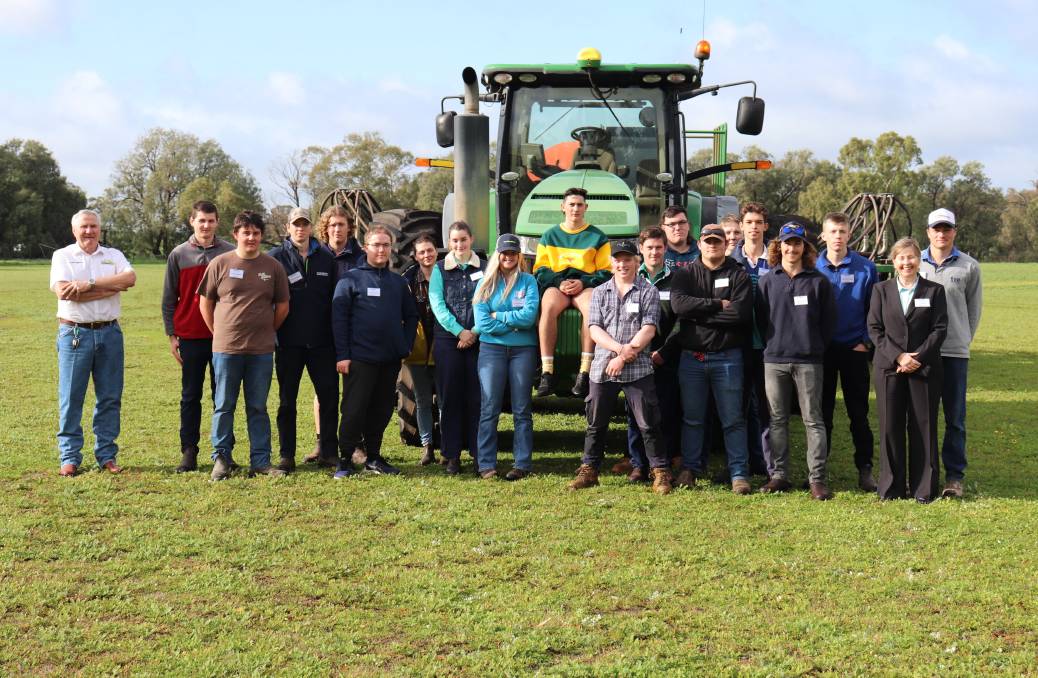 AS the mechanisation of farming and precision agriculture continues to move forward at a rapid pace, the State's education system and registered training organisations (RTOs) courses need to have greater currency.

These sentiments were expressed by a number of presenters at the WAFarmers' Bootcamp to Employment course which was held over three days at the Muresk Institute in mid-July.

Registered training organisation One World Learning chief executive Jan Rose, who presented at the bootcamp, said it was important for educators to maintain currency in an industry that had become increasingly reliant on technology.

"It's almost an area of expertise that probably draws away from a traditional lecturer, educator or teacher because it's happening so quickly," Ms Rose said.

"There needs to be some more resources pumped into it to make sure we are producing a qualified employee by the time they leave the education or training system."

Farm Machinery and Industry Association of WA (FM&IA) executive officer John Henchy said it was vital those entering the industry be trained on modern equipment to ensure their skills would be relevant to support not only current but "big picture" jobs.

He said the industry was more than willing to partner with the education and training sector to help bridge those gaps.

Highlighting a study which estimated 60 per cent of agricultural jobs will be off-farm in the future, Mr Henchy said the career opportunities offered by local machinery dealerships, manufacturers and technology based businesses in agriculture were already wide and varied.

"Some people think agriculture is limited to working on a farm, but in actual fact mechanisation and precision agriculture has become a huge part of the industry," Mr Henchy said.

Highlighting various technological advances that had occurred in the industry in recent years, Mr Henchy said they would soon become the norm.

"We can apply inputs with drones now and, although it's in its infancy in Australia, in countries like Japan they have been applying their fertilisers and what have you with big drones for the past 20 years," Mr Henchy said.

"We have orchard sprayers that have been introduced by the US working in Queensland and they all work autonomously without operators.

"If you look around the world you will see self-contained seed drills that are driven autonomously that have a diesel engine and are controlled by a satellite and your mobile signal.

"These advances are happening today."

However Mr Henchy said a potential roadblock in the rollout of autonomous machinery in the agricultural industry was the safety aspect, with presenters agreeing not enough work was being done in that space.

"There is no way that autonomous machinery will be widespread until the safety issues are absolutely nailed down," he said.

"We've had autonomous equipment for over 25 years so we know it works, but part of the challenge is making sure that it's safe.

"But it's absolutely solvable, we have more sensors around these days than we know what to do with."

With advances in technology enabling the adoption of no-till farming systems in WA about 40 years ago, Mr Henchy said precision agriculture would continue to play a vital role in improving our soils and the world's agricultural outputs in order to feed our growing population.

As well as improving agricultural yields, Mr Henchy said the positive impact of precision agriculture on the environment should be highlighted and celebrated.

"In days gone by, you set up your sprayer and sprayed your whole farm, but now our sprayers can pick up a green weed in a green crop and just spray where the weeds are, so you can potentially save 90pc of your cost of chemicals and the cost to the environment," Mr Henchy said.

WAFarmers president John Hassell said with technology advancing at such a rapid pace there was possibly an opportunity for the State's tertiary education providers to provide a course specific to precision agriculture.

"We don't do as good a job as the mining sector in promoting our industry, but the technology is still there in agriculture, so we need the WA universities to also help us drive that change," Mr Hassell said.

AgWorld general manager Simon Foley, who presented on the first day of the bootcamp, encouraged students to position themselves at the "point of change" in the industry so that they would be highly employable.

"Robotics and automation is going to be massive in the future of agriculture due to fewer people being available to fill farm jobs, decreasing labour costs as well as the need for greater precision in farming," Mr Foley said.

"So automation will be a point of change and there are already massive investments being made in it."