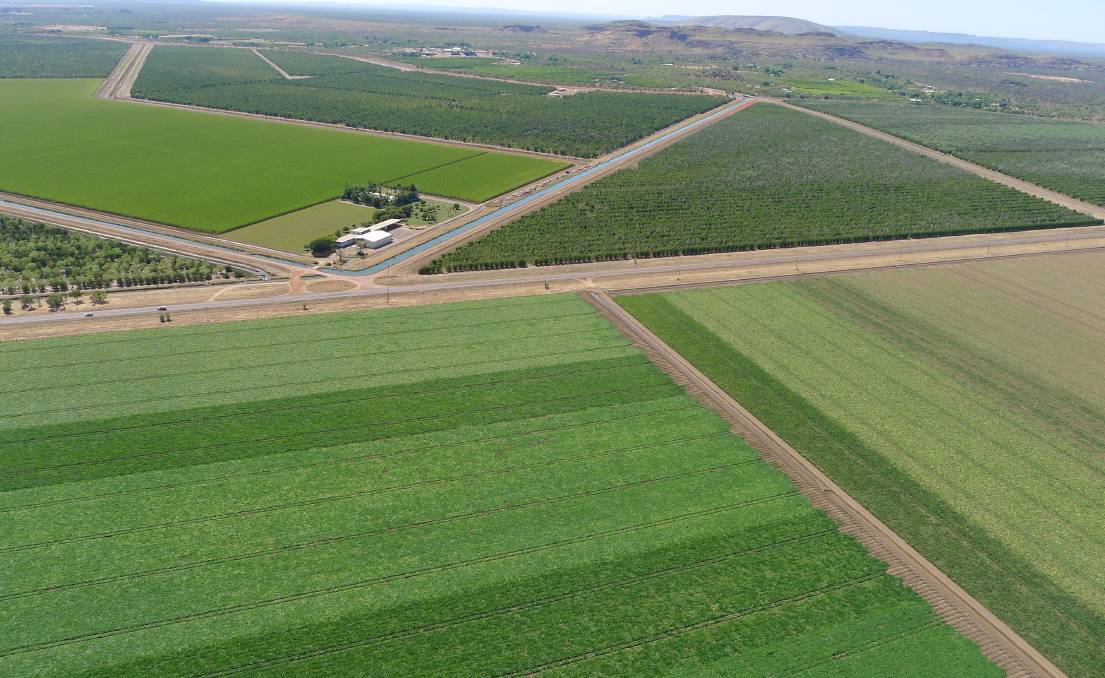 Celebrating 75 years of ag research in the Kimberley

THE State government, growers and the local Kununurra community have celebrated three quarters of a century of agricultural research and endeavour in Western Australia's remote and rugged East Kimberley.

Descendants of those central to the establishment of the research centre, including former Premier Frank Wise and the Durack family, as well as current farmers and civic leaders, paid testimony to the vision and fortitude of those who helped to realise the productive potential of the fertile landscape.

The Kimberley Research Station was established as a joint State and Commonwealth initiative in 1946, staffed by the CSIRO and the WA Department of Agriculture.

In 1986 the CSIRO sold its share of the research facility to the WA Department of Agriculture, who renamed the facility as the Frank Wise Institute of Tropical Agriculture - after the former Labor Premier who was instrumental in driving horticultural development in northern WA.

The department has continued research that helped to lay the foundations for the development and expansion of the Ord River Irrigation Area, which now spans 15,500 hectares.

In an average year, the area produces more than 33,500 tonnes of fruit and vegetables, including mangoes, bananas, grapefruit, lime, melons, pumpkins and beans, valued at almost $58.9 million annually.

Over the past four years the State government has revitalised the institute, which is now fully utilised with more than 20 project collaborations underway, including hemp, quinoa, plantago, mangoes, safflower, cassava and cotton.

"The Frank Wise Institute of Tropical Agriculture and its staff have achieved so much over more than seven decades, underpinning the transformation of this outback region into a valuable northern foodbowl," said Agriculture and Food Minister Alannah MacTiernan.

"Frank Wise was a passionate advocate of northern agriculture, as a field officer with the Department of Agriculture, as well as a special Commissioner to the North Australia Commission.

"The McGowan government is committed to continuing Frank Wise's legacy and has made significant investments to revitalise the institute, with improvements to infrastructure, specialist staff appointments and securing new research partnerships.

"The department continues to work closely with growers and industry stakeholders, local Aboriginal people and the global scientific community on research that generates advancements and benefits to the region and beyond.

"As science and new technologies evolve, so too do opportunities for sustainable, profitable agricultural development in the north, in harmony with the Kimberley's natural assets."