With a wet start to the season, the site was slippery but that did not deter attendees from enjoying the afternoon, viewing eight of 20 trials in this year's program.

With a wet start to the season, the site was slippery but that did not deter attendees from enjoying the afternoon, viewing eight of 20 trials in this year's program.

Presenters were able to provide a brief overview of the trials' aims, objectives and any observed results to date.

Several of the trials highlighted on the day provided growers with an opportunity to see management options for crop safety and herbicide effects, as well as weed control and different varieties for wheat crops.

Trial site host farmer Matt Hyde reflected on the day, saying that he "enjoyed the day, it was very positive with a great turn out".

Mr Hyde also said he was "enjoying hosting the site and seeing the trials being implemented on (his family's) farm to see what could work in future years". 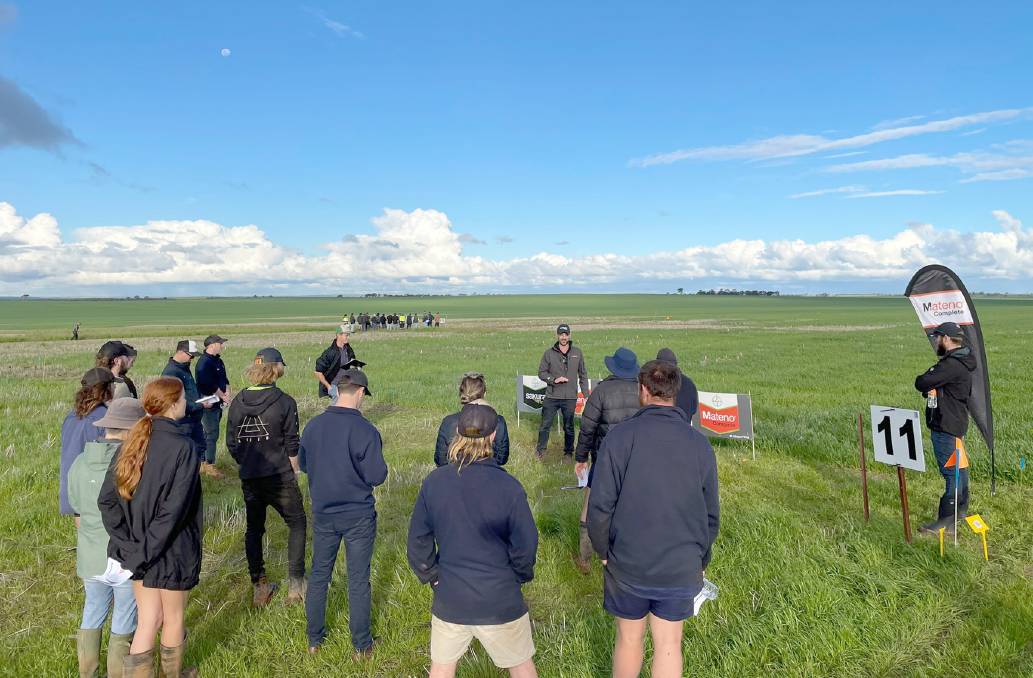 Latham grower and past main trial site host Dylan Hirsch said, "it was so amazing to have my gumboots and see those who forgot - suffer".

This site was visually appealing, with better than average rainfall to date allowing for tall crops making good use of the extra moisture.

Included in this year's event was a bonus mini field walk which visited three satellite sites between Pithara and Dalwallinu. 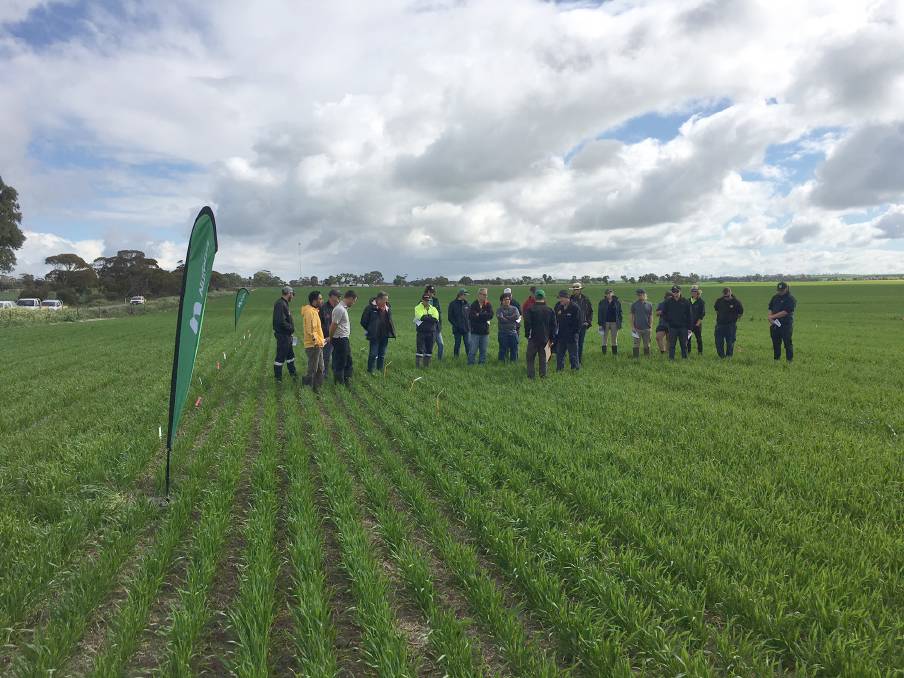 Looking at pre-emergent ryegrass control in wheat, broadleaf weeds in chickpeas, and a tyne versus disc seeder comparison, which was well received by all those in attendance.

Allan Myers, Kalannie, said the day was "very informative and good to finally see it up close".

"There is so much new technology coming in," Mr Myers said.

"Row placement trial was very impressive, with the strike rate of emergence."

The formalities of the day concluded with a social evening at the local AFGRI Equipment dealership with pulled meat rolls and drinks, which allowed participants to discuss the day, share their outlooks on trials and attitudes moving forward in the current growing season. The Liebe Group thanked Mr Hyde for hosting the 2021 Main Trial Site and looked forward to seeing the farming community back together again at the Spring Field Day on Thursday, September 9.

Gratitude was also extended to Liebe Group's diamond partners, CBH Group, CSBP, Rabobank and RSM, with many of its organisations having representatives attend the day, highlighting its importance and value for the local farming community.