The crop belonged to Frankland River Grazing, which is managed by Jon Beasley 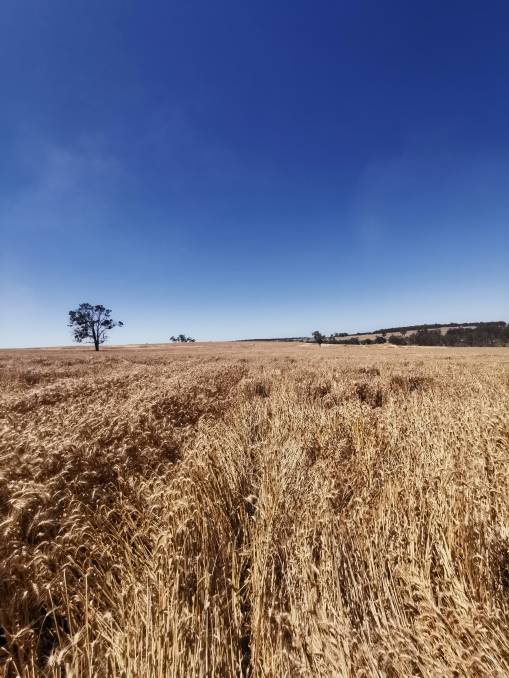 The crop in question was sown to Zen wheat on May 24 last year and yielded 6.2 tonnes per hectare off 100ha.

A ZEN wheat crop which last year yielded 6.2 tonnes per hectare off 100ha was just enough to take out the Grains Research and Development Corporation's (GRDC) Hyper Yielding Crop (HYC) Awards for the highest yield and highest percentage of yield potential in Western Australia.

The crop belonged to Frankland River Grazing, which is managed by Jon Beasley, who became involved with the HYC project after being asked to participate by Stirlings to Coast Farmers, of which he is a member.

The project is an investment by GRDC, which is being led by Field Applied Research Australia (FAR), that aims to push crop yield boundaries in high rainfall zones across Australia.

The Zen crop was sown on May 24 last year into a sandy loam following canola with a quantum tyne.

Post sowing, inputs included two applications of nitrogen-based fertiliser and one application of fungicide at growth stage 37 when the flag leaf was just visible.

Mr Beasley said last year was a fantastic season for everyone in the Great Southern region and there were some terrific yields achieved in the district.

"Any year we don't have to get the tramline renovator out is a good year for us," Mr Beasley said.

"We had a yearly rainfall event of 617 millimetres which is average for us and during the growing season from April to October we had 475mm, altogether that set us up with the potential for a great year."

The start of the 2020 seeding program was relatively dry with well below average rainfall for all of April, however that turned around in May with a wetter than average month in most areas, which provided enough moisture for a reasonable germination.

Although the first two months of the last winter were drier than average, especially east of Albany Highway, August was wet with rainfall amounts between 75mm and 125mm.

Heading into spring, the paddocks involved in the awards that were west of Albany Highway had good September rainfall, which was ideal for crop growth without causing any waterlogging damage.

That rainfall proved vital as all areas had a very dry October at a key time in crop development.

The crops that held on through October were able to utilise a small rainfall event at the start of November, as well as about 25mm that fell around November 10.

Most of the crops in the region managed to finish off very nicely with an above average season for the majority of growers. 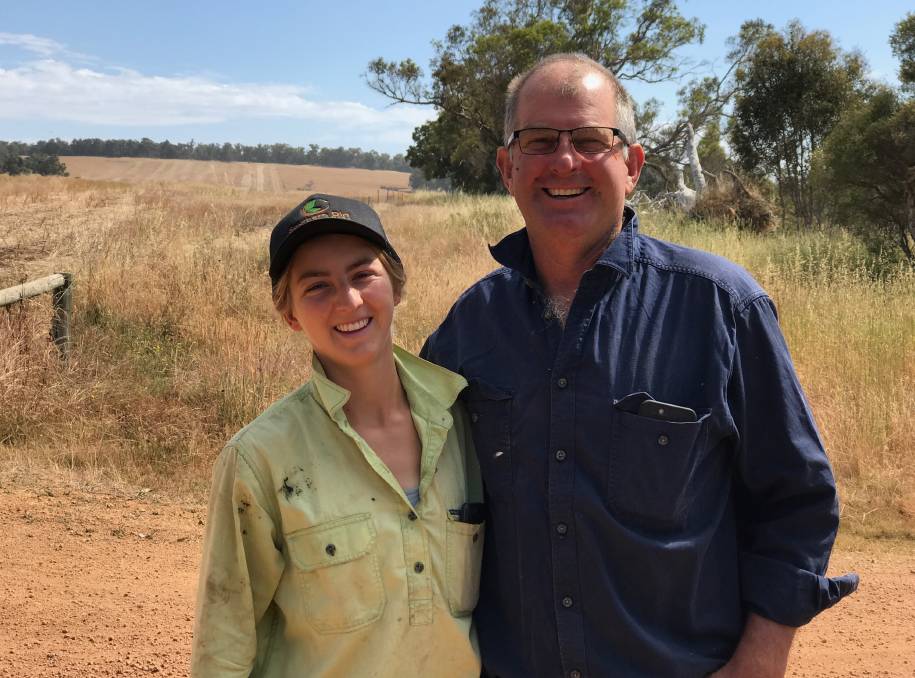 Jon Beasley, from Frankland River Grazing, pictured with Sophie Beasley, was the winner of the 2020 GRDC Hyper Yielding Crop Awards for the highest yield and highest percentage of yield potential in Western Australia.

Mr Beasley said because of their climate and rainfall, they have always been a high input operation with fertiliser, in an endeavour to grow high yielding crops.

"Over the years we continually discuss our agronomy and make tweaks on the back of soils tests and previous years results," he said.

"We didn't do anything particularly different last year - we have been farming with knife points, haven't burnt any stubbles for probably 18 years now and have continually cropped the cropping country.

"We have been trying to achieve these yields over the past 15 years and I think we are presently achieving good average yields because of our long-term fertiliser history and management practices."

The start of harvest last year was reasonably slow with the cool spring continuing into December; however, most growers were happy with their harvest being taken off before the new year.

"This national investment continues to support growers who are keen to push yield to the next level in high yield potential grain-growing environments," Mr Wilksch said.

"Mr Beasley has clearly demonstrated the kind of drive and vision that will hopefully encourage others to consider adoption of different agronomic management tactics aimed at delivering greater productivity and profitability."

FAR Australia managing director Nick Poole said they hoped the awards would create an opportunity across Australia to get growers and advisers involved in a community that is networked by their interest to increase productivity.

"I would like to add my thanks to all the growers who have entered the HYC awards in our pilot season and congratulate Jon Beasley for becoming one of the first recipients of the HYC's highest yield and highest percentage of yield potential awards.

"Our aim was to develop a participatory approach to the project to enable growers interested in increasing productivity to become involved."

All those who have participated in the awards were presented with a report which not only assists with identifying the different agronomic decisions made throughout the season's growing conditions, but also provides growers with the ability to benchmark these key decisions with other growers in their region.

Mr Beasley said in WA there was an exciting group of young farmers now taking over family farms who were all interested in pushing the boundaries of yield.

"I believe there are other growers who have achieved better results than we have in the trial which is exciting," Mr Beasley said.

"I would encourage them all to participate in this high rainfall HYC trial in the future.

"It has been very professionally run and the detailed information received back from FAR on fertiliser, fungicides, chemical use and soil testing was excellent, plus the nationwide benchmarking gives you a great picture of where you stand."