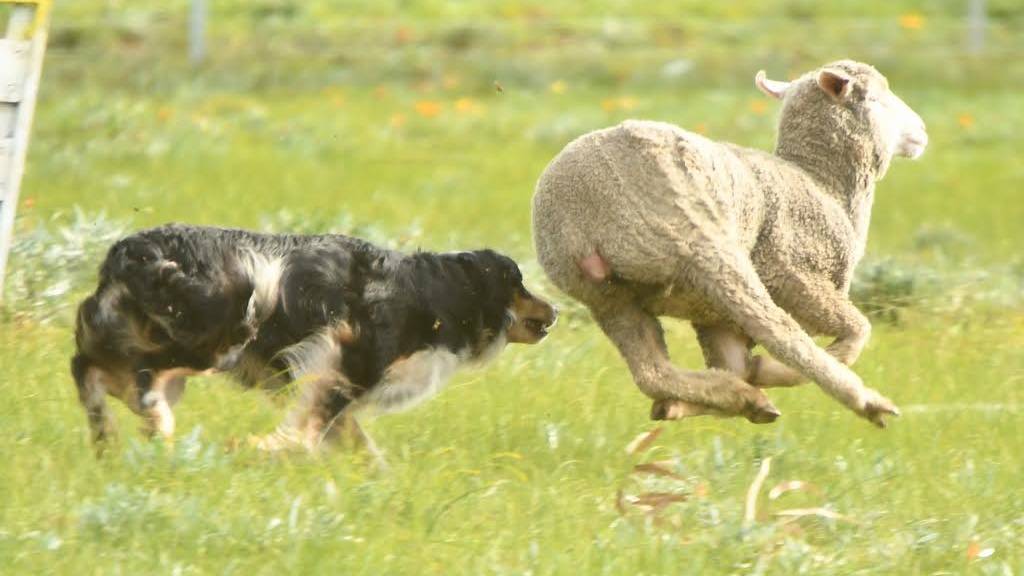 There were 179 entries competing in the Pingelly Sheep Dog Trials this year, which was hosted by the Esperance and Districts Working Sheep Dog Club. Photo by Nan Lloyd.

PETER Gorman and his working dog Dusty were crowned winners at the Pingelly Sheep Dog Trials earlier this month, after a nail biting open final.

Hosted by the Esperance and Districts Working Sheep Dog Club with support from the Shire of Pingelly, Pingelly Tourism Group and Dog Pro, the event attracted 179 entries from across Western Australia.

Club secretary Jill Wallace said the final was particularly exciting, as Mr Gorman and Dusty penned the sheep with one second left of the allotted 15 minutes.

"The sheep provided a challenge, so the dog's performances were well worth watching," Ms Wallace said.

"If the dog made a mistake the trial was over."

Ms Wallace said more sheep returned hastily to the release pen and were more than capable of hurdling the boundary fence.

"The dogs that read the sheep correctly found them to be quite malleable and good at the obstacles," she said.

While it was bitterly cold, the rain managed to stay away and the weekend was enjoyed by participants.

The 179 entries were spread across three classes and results were as follows: