THEATRE 180's previous production 'A Fortunate Life', starring Michael Abercromby (left), Benj D'Addario and Rebecca Davis, showed success with the CinemaStage concept, where the immediacy of theatre is combined with the impact of cinema. Photos by Stewart Thorpe Photography.

"The battle will be recounted through different stories & through the lens of the young couple Allan & Jessie."

BRINGING classic, fascinating and historic Western Australian stories to life on the regional and city stage is at the heart of local production company, THEATRE 180.

Following the huge success of its production of 'A Fortunate Life', which was a production based on Albert Facey's autobiography, THEATRE 180's next production is also a story that resonates with Western Australians and is Australia's greatest naval tragedy.

Titled 'Sydney II: Lost and Found', this production is written by Jenny Davis and directed by Stuart Halusz and incorporates the immediacy of theatre with the impact of cinema, known as CinemaStage.

Starring acclaimed Perth-born actors Myles Pollard (from McLeod's Daughters; Home and Away) and Tom O'Sullivan (featured in Underbelly; Home and Away; Happy Feet;) and rising Perth actress Morgan Dukes, it tells the story of Australian able seaman, Allan Rowe (played by Mr O'Sullivan), who was on board HMAS Sydney II, captained by Joseph Burnett (played by Mr Pollard) when it was sunk by disguised German raider HSK Kormoran in November 1941.

Mr Rowe had recently married his wife Jessie (played by Ms Dukes) and only recently found out he was going to be a father. 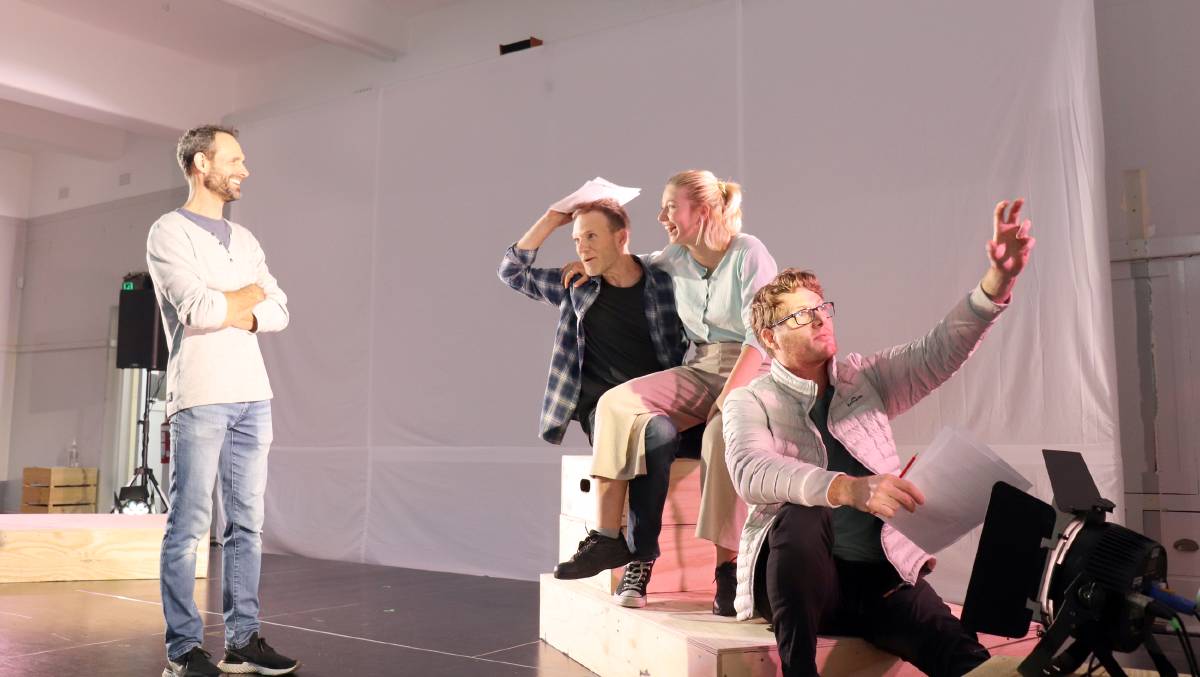 Ms Rowe and their daughter Ellen (played on-screen by Janet Pettigrew) hoped one day that the ship would be found.

He was one of 645 men who made up the whole crew and perished from the attack.

The lives of the men of the Sydney II were commemorated with a ceremony over their final resting place.

Sydney II: Lost and Found director and THEATRE 180 artistic director, Stuart Halusz described the production as a true story of romance, danger, courage and fateful decisions, but also an epic story about love, loss, hope, fear and courage and the resolution of a mystery for those who never gave up.

"In a world that is facing great challenges now, and in the future, we gain so much insight from reflecting on the dangers faced by Australians in the past and the qualities of courage, humour, endurance, love and tenacity that brought us through," Mr Halusz said.

Sydney II won't be the typical theatre production, as the arts of theatre and cinema will blend to commemorate the 80th anniversary of the devastating sea battle to ensure the legacy of the men who died in service to their country will never be forgotten.

"The battle will be recounted through different stories and through the lens of the young couple Allan and Jessie," Mr Halusz said.

Mr Pollard has featured in various war themed films, including 'Danger Close: The Battle of Long Tan' and 'Before Dawn', and said he's been "getting to know the world of war" for some time now and "understanding what was at stake for our country".

"I've connected with how that time felt for us as a nation and the collective fear and grief that has lived on, and also how that has affected small communities," Mr Pollard said. 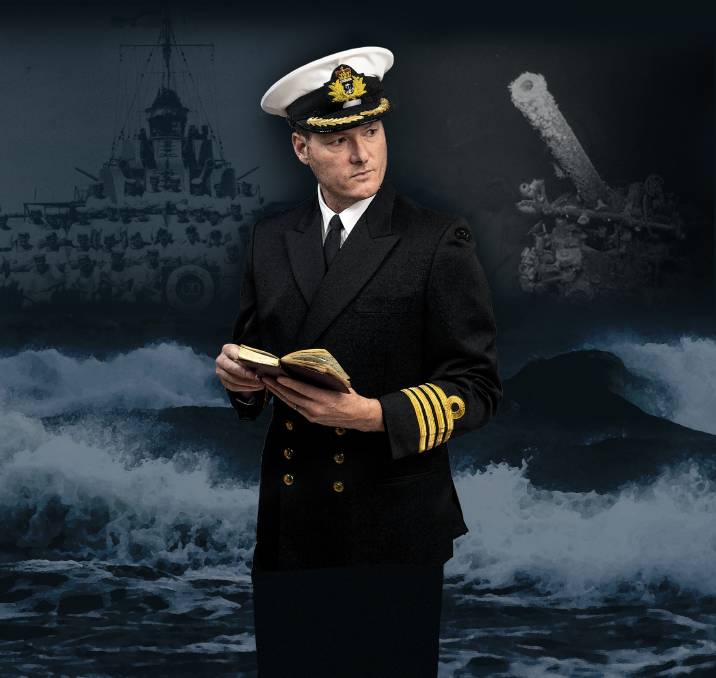 'Sydney II: Lost and Found' will tour Perth and regional WA from August to November. The production is based on the tragic true story of Australia's greatest naval tragedy.

Most would know Mr Pollard from the various films and television shows he's featured in, but he also has a passion for theatre.

"Theatre is live, which creates an element of excitement for us as actors and the audience and there's also different technical challenges to filming," he said.

"I think of film as a moving picture and let the picture tell the story, but theatre is very expressional and this story has lots of different characters (within a small cast), facts and different stories.

"Filming has a degree of flexibility and is more improvisational than theatre.

"I like to think of theatre as a dance."

Mr Pollard's first experience with THEATRE 180's CinemaStage was as an audience member of A Fortunate Life.

"I went to A Fortunate Life with fairly average expectations and was blown away by the use of the screen to amplify the emotional stakes," he said.

"The scale of the stage image was so powerful and took the audience to an emotional place.

"It's a different style of theatre that enables the story to speak for itself."

THEATRE 180's production of A Fortunate Life was based on the same theatre and cinema concept, although done a little differently to Sydney II.

Artistic director Stuart Halusz said the production combined 28 years of the company's history in creating theatre from oral and written histories, a passion for narrative storytelling and a belief in the power of audiences of all ages to connect with each other on a human level.

"Storytelling through theatre and cinema is the best possible way to learn from our past, reflect on our present and imagine a better future," Mr Halusz said.

"CinemaStage is a hybrid of cinema and theatre and uses the backdrop of the screen to create visual and auditory impact of cinema with the immediacy of theatre.

"The actors wear microphones so there's an acoustic balance between the stage sound and dialogue."

The biggest challenge with CinemaStage is getting the lighting right.

"Cinemas rely on darkness with light projecting on stage, so we have to be careful not to wash out the screen but have enough light to see the actors," he said.

"We mainly just use sidelights without emitting light on the screen."

Matching up the screen display with the stage has also proved a challenge as Mr Halusz said there was usually a space between the stage and screen.

"We chose not to tell the story in linear fashion but focus on key character attributes, such as courage, hope, humility and resilience," he said.

"For example, we would have a little scene of Albert's resilience and then go back to how he developed that trait.

"Each chapter of his life was told episodically."

A Fortunate Life has delivered 91 performances across Perth and regional WA.

They took their own lighting and sound equipment, which was a lot to cart around, so they could perform in a variety of regional venues.

"We received some funding which enabled us to go to country towns that aren't normally on the touring circuit, so we took A Fortunate Life to Wickepin, Margaret River, Merredin, Manjimup, Corrigin, Harvey, Boddington, Kojonup, Northam and Bridgetown," Mr Halusz said.

"We wanted to give smaller towns an event on weekends, because that's not an experience they get often as usually regional shows are during the week.

"All the regional shows sold out."

Mr Halusz attributed a lot of the success that A Fortunate Life had in the regions to it being a story that resonated with country people.

"I had wanted to do a theatre production of A Fortunate Life since I read it as a teenager," he said.

"I think Albert's story, which explores his experiences as a war hero in Gallipoli during World War I and his return to civilian life after war, is one of hardship, loss, friendship and love."

A Fortunate Life is a favourite among readers from all over the world and continues to be studied in schools.

"Albert never wrote to publish; he wrote for his family," Mr Halusz said.

"He would give his pieces to his granddaughter Christine Harling and she would have them typed and she never read them.

"We were in contact with the family to write the show and were able to glean a lot more from them about what was in the book."

THEATRE 180 was founded 28 years ago by Jenny Davis with the motto of "good stories nourish the soul".