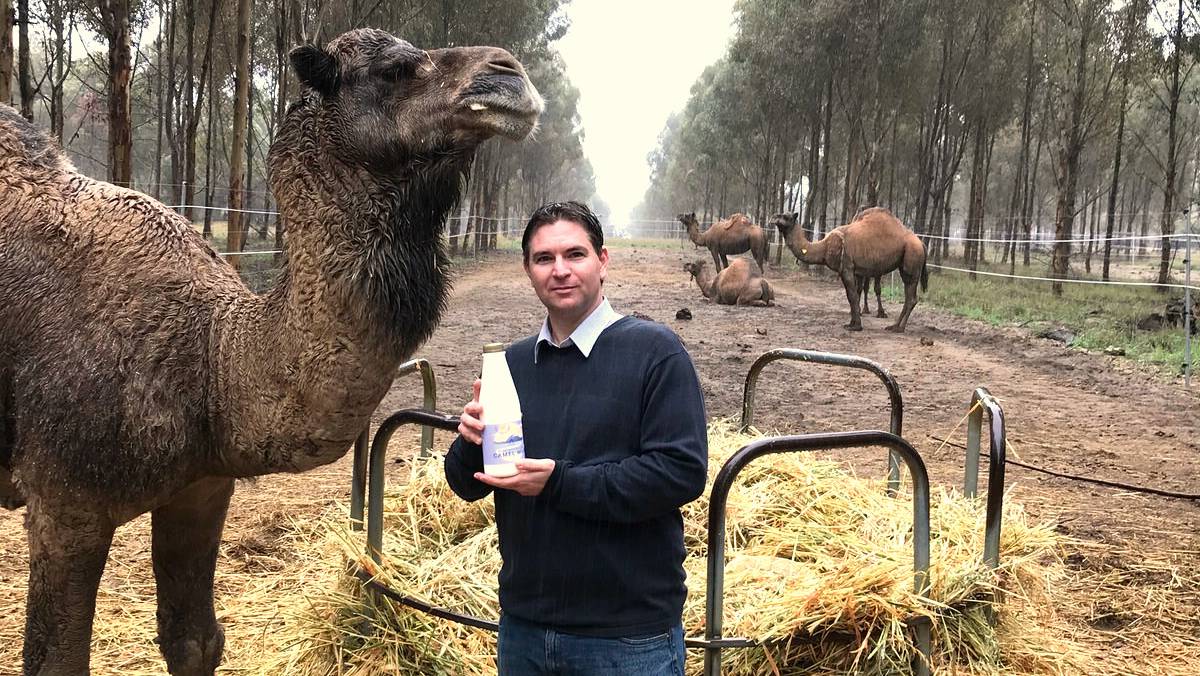 Camel dairy executive Marcel Steingiesse said Australia's camel plague was an opportunity to muscle in on the US camel milk business.

There's one way to take the sting out of Australia's camel plague, milk them for profit.

There's one way to take the sting out of Australia's camel plague, milk them for profit.

Mr Steingiesser says rather than calling camels a pest, they should be looked at as a resource.

This week it was revealed Australia is wrestling with the problem of how to deal with more than a million feral camels spread across much of outback Australia.

Brought here as the perfect transport animal for the harsh interior, they were released into the wild with the coming of the first trucks, and their numbers have exploded.

There have some aerial culling programs but the size of the problem is too much for anyone to tackle, it appears.

Mr Steingiesser said there has been a 20 per cent global rise in demand for camel milk in the past few years.

He said the popularity of camel milk has been boosted by COVID-19 and the pandemic lockdown as more consumers shift from cow to camel milk, to help boost immunity.

He said camel milk was known for its anti-inflammatory, strong protective proteins, anti-microbial and nutritious value.

Mr Steingiesser, a former BHP chemical engineer, is chief executive of the camel dairy Good Earth Dairy, which was founded on about 800ha of land at Dandaragan, a two-hour drive north of Perth.

Camel milk retails for around $19 per litre in Asia, he said.

The United States has a camel milk industry worth about $6 billion annually.

Mr Steingiesser said given the size of Australia's feral camel population, the biggest in the world, it could put a dent in the US market share.

"Australia has an incredible reputation in food quality safety standards and that's a great opportunity for all camel dairies in Australia," he said.

Wild camels can be caught and domesticated, he believes.

"We are able to access wild camels which enables us to expand" says Steingiesser.

Good Earth Dairy wants investors to help expand its operations by financing the construction of a new 5000 head dairy.

The story Australia's camel plague might be good for the milk business, one fan says first appeared on Farm Online.