"Pearling is so sensitive to changes in the marine environment that it's a really early indicator of any change," Mr Brown said. SAVING the planet may seem like a bit of an over-ambitious goal, but for Kimberley pearl farmer James Brown it was the next logical step after playing a vital role in saving the entire Australian pearling industry.

Last month, Mr Brown, who is a third-generation pearl farmer, was named the Kondinin Group and ABC Rural 2020-21 Australian Farmer of the Year, as well as the recipient of the Award for Excellence in Innovation.

Together with his family, Mr Brown farms for pearls 200 kilometres north of Broome and is a driving force not only within his own farming enterprise, but also within the Australian pearling industry via his dedication to research and development.

Mr Brown has a deep passion for the marine environment, studying marine biology at James Cook University before returning to the family pearl farm, Cygnet Bay, and taking over the helm in 2000.

He has since purchased the majority shareholding of the Broken Bay pearl farm in New South Wales, taking his innovative approach to Australia's newest pearling region, one hour north of Sydney, and created Pearls of Australia which is the umbrella company for both farms.

"Pearling is so sensitive to changes in the marine environment that it's a really early indicator of any change," Mr Brown said.

"The Kimberley is one of the last untouched tropical marine environments left on the globe, the perfect environment for our pearl oysters and we had 40 to 50 years of unbelievably reliable production. Kimberley peal farmer James Brown returned to the family pearl farm, Cygnet Bay, after university and took over the helm in 2000. He has since purchased the majority shareholding of Broken Bay pearl farm in NSW, bringing his innovative approach to Australia's newest pearling region located one hour north of Sydney, and created Peals of Australia which is the umbrella company for both farms.

"Back then I used to say that the industry is a bit like a canary in the gold mine, that we were helping to protect a great wilderness by just being here and if something was to change we would see it first."

That prediction came true in the mid-2000s when the WA pearl industry crumbled under what was initially considered to be a mysterious disease.

More than a decade later, it is still not known what caused the disease, with all that was discovered being the sea surface temperature in the region had risen by an entire degree since 1990, making it one of the global hotspots.

On top of that, the Global Financial Crisis restricted traditional wholesale markets upon which Australian pearl farmers depend and resulted in 16 WA pearling companies being reduced to just a few.

"The industry was really suffering - to experience production and market failure at the same time was an extremely challenging point in my life," Mr Brown said.

"You can imagine the type of implications that sea surface temperature rise has on the ecosystem services that our farm relies on.

"That early warning went off over 10 years ago and now the rest of the world seems to be slowly waking up to the fact that we've got to change what we're doing to the planet."

If pearl farmers can survive the variable future that the marine environments will unfortunately go through, their activity is not only benign but actually has a restorative action.

Long-term salt water pearl farms help to maintain the balance and improve any degradation to that ecosystem. Cygnet Bay is based 200km north of Broome.

Mr Brown said their oysters actually sequestered carbon but their other activities, such as boats and machinery, were obviously emitters.

"Our challenge is to understand our carbon footprint and work with other like-minded organisations, universities, innovators and governments to race to net zero," he said.

"Once there I am excited by the idea of co-cultivating other species on our pearl farms to increase our sequestration.

"In the meantime we are constantly working to 'dodge the bullet' of the productivity issues from the collapse all those years ago - at the farm that equates to breeding programs for more resilient oysters and alternative farming systems."

Another key part of Mr Brown's sustainability plan was to deepen the scientific understanding of the environment in which he operated, particularly in relation to the major disease outbreak from the mid-2000s which saw mass juvenile pearl oyster mortality syndrome (JPOMS).

During 2009, he founded the Kimberley Marine Research Station (KMRS), an operational marine science hub for independent research on the Kimberley bioregion. Pearls of Australia focuses on the production of pearls, jewellery, food and experiences which for the first time offers consumers a range of values and knowledge about its pearls which they could never access before.

A decade ago, when the industry was falling apart around him, Mr Brown took an inspired approach - instead of folding the family farm, he committed to diversifying the operation, prioritised and invested in research, and developed innovative strategies for survival.

During 2009, they opened up the family farm, not only to share their family's pioneering farming story, but to increase awareness to the ancient connection between Australia's First Nation people and the pearl shell.

"This gave the public an opportunity to experience a fully-operational, commercial pearl farm, meet the many people behind the process, and have the chance to purchase pearls farm-direct," Mr Brown said. 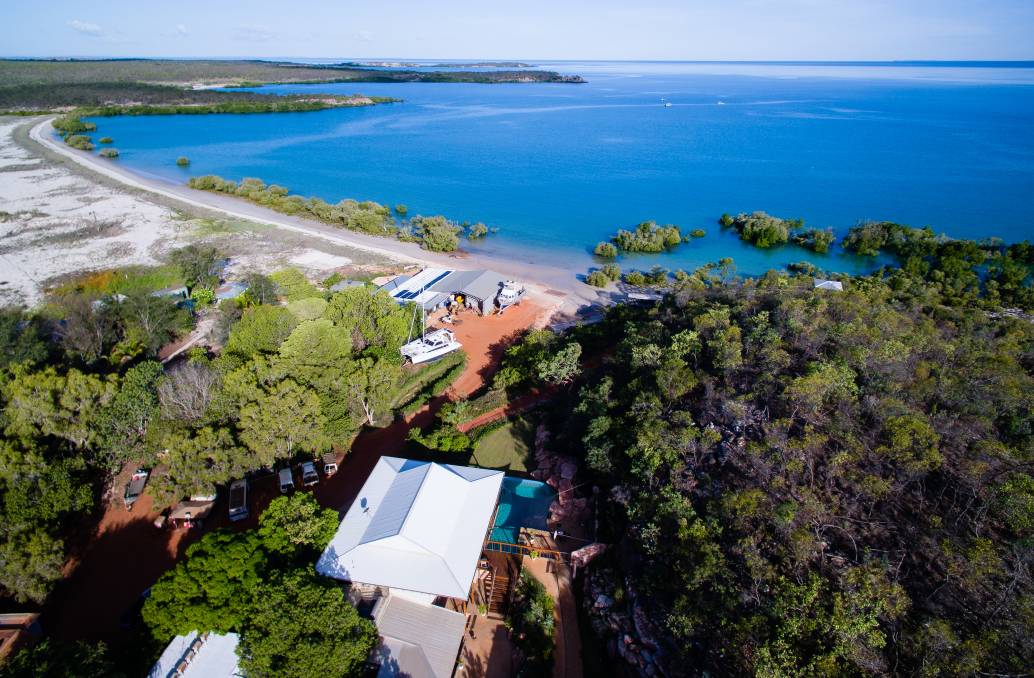 Tourism has been an important tool in Pearls of Australia expediting the development of its new products, brands and overall business development.

"It allowed us to achieve full vertical integration while raising consumer knowledge of the Australian pearling industry and its incredible cultural heritage, as well as increasing tourism in the Kimberley region.

"Ultimately, it helped us connect directly with consumers and position Australian pearls as the unique and premium product they are."

As an operation, Pearls of Australia set about looking for a new business model - one that was going to deliver the industry the most resilience through the uncertain times ahead, both with climate and market issues.

They considered where the value might still be after those markets failed and their production productivity dropped away due to climate change.

"We also knew that some of those things would take a long time and the reality is that a lot of the values that we chose to pursue in our iconic old industry have taken us the best part of 10 years to realise," Mr Brown said.

"Now we are not reliant on one market - we can wholesale our crop at international markets if we choose, we can value-add them through to jewellery and sell them directly to consumers, or we can choose to wholesale at different levels in the market too."

Tourism has been a very important tool in Pearls of Australia expediting the development of its new products, brands and overall business development. 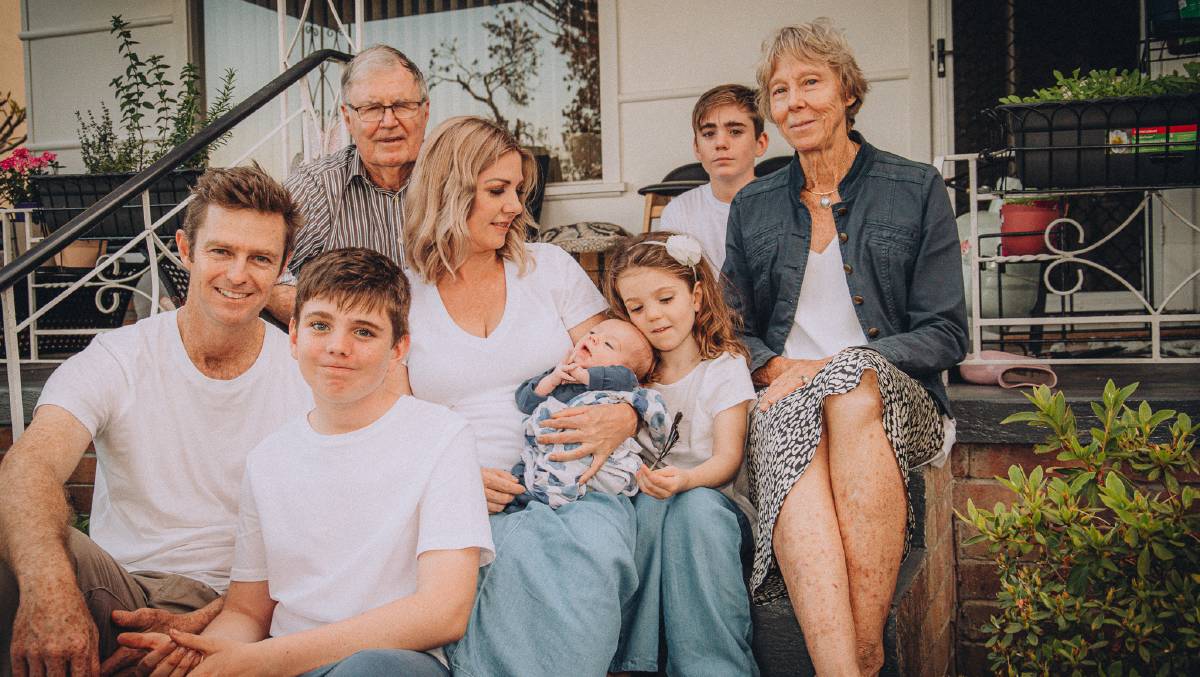 James Brown (left) is a third-generation pearl farmer and runs the operation together with his family.

Mr Brown has often described their approach in terms of the growth as a comparison to wine regions and the experiences that have been developed within that industry over the past few decades.

He said there are many similarities between cultured pearling and wine production, plus there is much about the pearl industry that resonates well with consumers.

"The connection to the environment, the virtues of the pearl product which they have never been able to access before such as the place where they were grown, the people, and what has happened to them between farm and jewellery," he said.

"Even the ability for guests to the farm to taste fresh pearl oysters is something that adds another sensory touch point."

Part of that taste element was the introduction of a new seafood product to market - the Akoya Pearl Oyster.

Pearls of Australia found a niche market with this new pearl oyster, which is incredibly fresh and tender, and it has proved very popular.

It led them to see a real opportunity in food production for the pearling industry which they didn't quite understand before the industry collapse.

"Now we see our businesses being the production of pearls, jewellery, food and experiences which for the first time offers consumers a range of values and knowledge about their pearls that they could never access before," Mr Brown said.