Father and daughter Greg and Danica Bettenay enjoying the view at their family-owned nougat and wine business, Bettenays in Margaret River.

"My personal favourites are the liquorice, limoncello and ginger flavoured nougats."

IN a quest to make their business stand out from the rest, the Bettenay family diversified its operations in the Margaret River wine region from a vineyard and winery to include nougat in 2012.

Supported by his background in horticulture and viticulture, Mr Bettenay was able to apply this knowledge to their own operations, having previously completed a thesis on mycorrhizal fungi (symbiotic relationships that form between fungi and plants) on Earl Happ's vineyard at Margaret River.

One of the smaller wine producers in the region with only 10 hectares under vine, in an effort to remain competitive Mr Bettenay and his son, Bryce, started brainstorming ways to innovate their business.

With both father and son having an affinity for French nougat, Bryce travelled to Montelimar and Burgundy in France to conduct some research on how they could make and sell nougat as part of their business..

"We were trying to find out as much as we could about the history of nougat and so he visited a few people who made it in France to help us with our recipe," Mr Bettenay said.

Upon returning home, the duo continued to work on perfecting their nougat recipe, also receiving training from a lady in Melbourne that specialised in making confectionery.

"After France, our recipe had been recrystallising a bit and not doing quite what we wanted, so our trip to Melbourne helped us to fix that and we came back from that very enthused," he said. 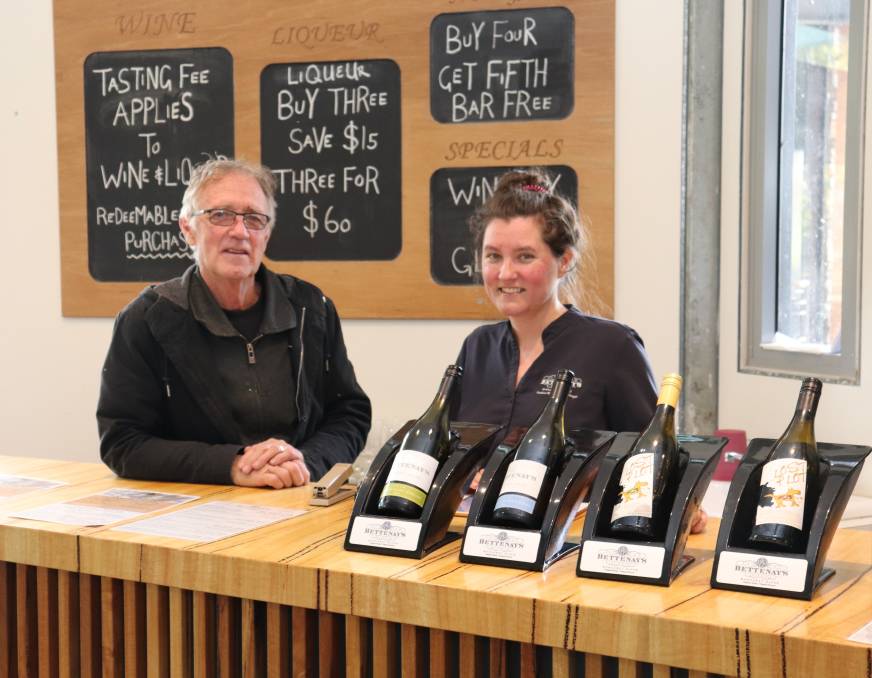 Initially making nougat in their own family kitchen, the Bettenays moved to leasing a kitchen locally before building an extension, including a nougat kitchen and nougat and wine tasting area, onto their existing building in 2012.

With nougat traditionally made from nuts, sugar or honey and egg whites, Bettenays continued to experiment with its range of flavours, even getting the public involved by holding competitions to help create delicious, new flavour combinations such as licorice, limoncello, chilli and even pavlova for a period of time.

While almonds tend to be the backbone of much of their nougat, Mr Bettenay said the more flavours they created, the more expensive the process of making the nougat could be, as the costs of the extra ingredients varied, depending on the season and market.

"For example, two years ago almonds were up to nearly $20 a kilogram and now they're back at $11, so you have to think economically," he said.

"When trialling flavours we also use our little mixer instead of their big mixer which does 64 bars per batch." 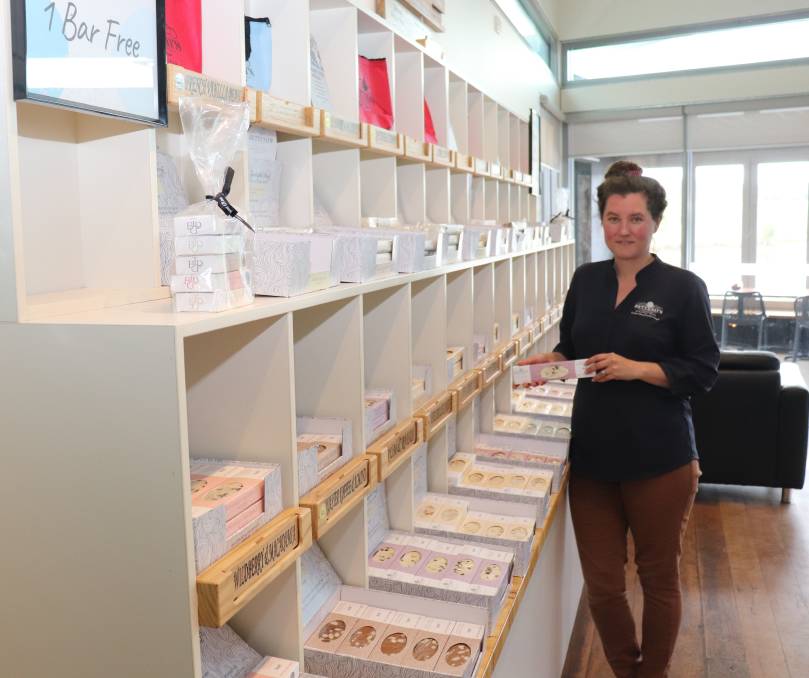 They also utilise local producers where they can, buying macadamias grown by their next door neighbours, pecans from Bunbury and a lot of their produce coming from South Australia.

Offering a wine tasting with a nougat pairing, which includes a walk through their vineyard as well as a filling brunch, Bettenays has continued to be innovative with its offerings.

As COVID-19 lockdowns had a devastating impact on their business last year, Bettenays responded by introducing group and individual wine tastings on Zoom, which people from all over Australia could participate in.

"We would send six 100ml bottles of our wine with tasting notes all around Australia and a little bit of nougat and do a group tasting with people from all around the country," Mr Bettenay said.

"We had an awful lot of lonely, single people in Melbourne participate during their lockdowns where we would do one on one individual wine tastings.

"We also did a few tastings with some massive companies where we had a lot of fun, so the Zoom tastings were a great success and I would like to re-introduce them again at some point," he said. Greg Bettenay said he felt lucky to be able to work with his daughter Danica each day and his wife, Terri.

Bettenays has had a longstanding relationship with Margaret River tour companies Bushtucker and Cheers, as well as Cellar d'Or Tours and Taste of South Tours, with their regular pit stops at the property contributing to the business.

With the nougat section accounting for most of their sales, Mr Bettenay said diversifying their business to include nougat had also resulted in their wine sales being dragged up.

While Bettenays is the sole distributor of their wines, their nougat can also be found at various boutique retailers in Perth as well as some specialty IGA stores.

"We just sold a large amount to Qantas for their Qantas club hampers," Mr Bettenay said.

"Our distributor tends to stick to the southern side of the river and in the golden triangle, so you can find our nougat at coffee shops in South Perth, Fremantle and Claremont." Bettenays has a longstanding relationship with various tour operators in the South West, with regular pitstops contributing to their sales each week.

Since the COVID lockdowns last year business has continued to improve, with an increasing number of customers visiting the business.

"We are definitely getting a lot more Western Australian travellers - the only thing we've noticed is that our customers are tending to spend a bit less than in pre-COVID times," he said.

"But typically in June and July, before COVID hit, 25 per cent of our customers would be from Singapore, so Jobkeeper saved us the first time around, but we couldn't warrant getting it the second time COVID hit.

"We are making close to what we were pre-COVID, so as long as we can sustain the staff and make a good living we are very happy."

A family business, Bettenays also rents out chalets on the property, which Ms Bettenay is in charge of along with their daughter Danica, who has had an active role in the business for the past six years.

Blessed to be able to work with his family each day, Mr Bettenay said he was proud of how far the business had come.

"Everything here we have built ourselves and that's a really nice feeling," he said.