Nyabing CWA of WA branch member Alyson Cooper has taken a photo of a page in her CWA Cookbook which gives two recipes for apple chutney. 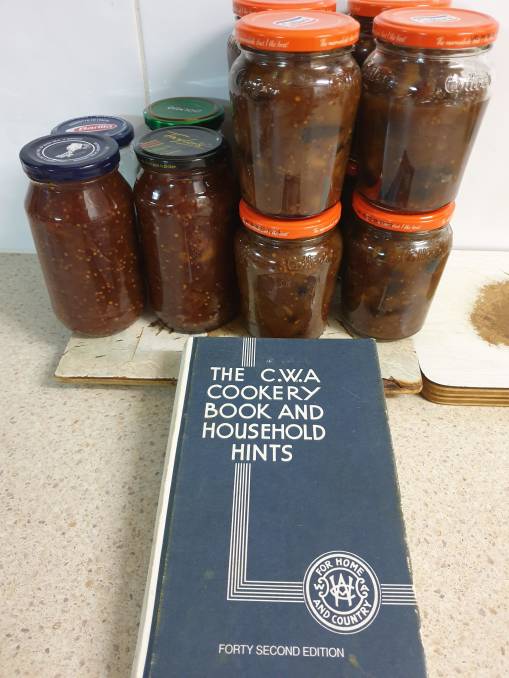 NYABING CWA of WA branch member Alyson Cooper is a regular contributor to this page.

Her CWA Cookbook is in constant use.

"Do you write notes in your recipe books?" Ms Cooper said.

"They are handy to jog your memory and also an example of your handwriting and thoughts when your kids later flick through your cookbooks.

"It's for this reason that I treasure the cookbooks handed on to me."

Ms Cooper has taken a photo of a page in her CWA Cookbook which gives two recipes for apple chutney.

"If you purchased Tracey's Apple Chutney at the Katanning Show a few years back you would have eaten the CWA's apple chutney (No. 1 ) (it's in the orange lidded jars pictured here)," Ms Cooper said.

"On the left is the apple chutney (No.2) recipe which is so yummy and has a good kick to it as well - although the kids didn't like it because it was too hot.