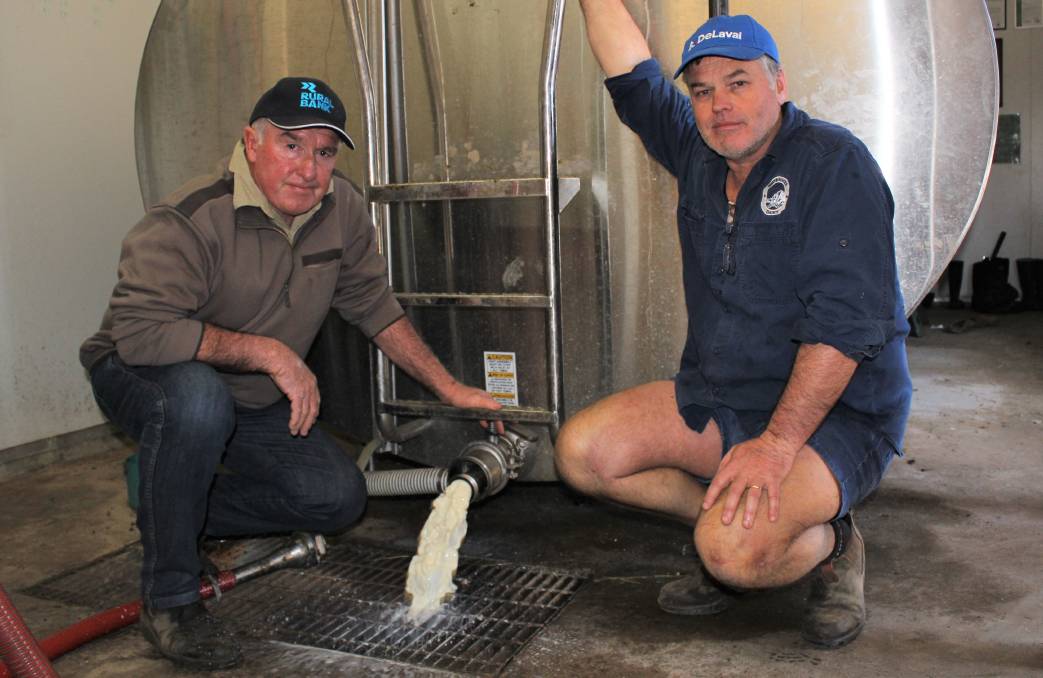 New WAFarmers board member Michael Partridge (right), had only just been elected head of its dairy council in October 2016 when multiple milk quality award-winning Harvey farmer Graham Manning was prematurely forced out of the industry and had to tip his last vat of milk down the drain because WA's three major milk processors would not collect it or sign him to a new supply agreement.

Mr Partridge was the WAFarmers' dairy council president for four years before stepping down 12 months ago, after leading the local industry through its most tumultuous time since deregulation 21 years ago.

For the four years prior to becoming president, he was dairy council vice-president and played a pivotal role in WAFarmers' opposition to $1-a-litre retail pricing of supermarket milks, introduced by Coles in 2011.

For the eight-year period he was dairy council vice-president and president, Mr Partridge was also the WAFarmers' representative on Australian Dairy Farmers' (ADF) national dairy council.

He resigned from that position last year too and was replaced by current WAFarmers' dairy council president Ian Noakes, but Mr Partridge remains a member of the ADF's markets, trade and value policy advisory group.

Mr Partridge runs his family's White Rocks dairy farm and veal operation at Benger with his parents, wife Leanne and two teenage children, as well as a nearby smaller dairy operation.

WAFarmers said Mr Partridge was appointed to the board to fill a "casual vacancy" created when Pingelly farmer John Hassell became WAFarmers president earlier this year.

He will face election by members at next year's annual general meeting if he wishes to continue on the board, WAFarmers said.