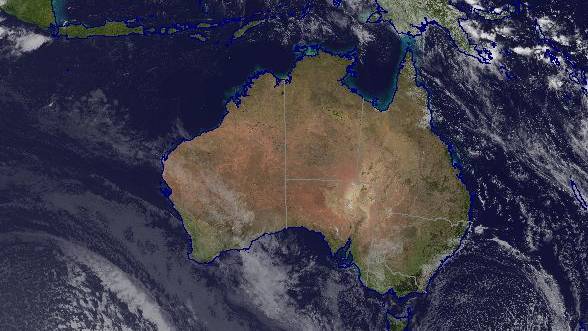 A cold front from Western Australia will move across the country this week bringing rainfall to some areas.

The Bureau of Meteorology have broken down next week's forecast, with good news for some.

A cold front will move through Australia this week, starting in Western Australia before reaching the east coast mid-week.

Bureau of Meteorology's senior meteorologist Jonathan How has broken down what agricultural regions all over Australia should expect this week.

A cold front from WA will push through to give most states some rain this week, and Mr How said while there may be some frost warnings around the country, he doesn't expect to see any major frost events.

Read on to see how your region will fare.

The highest fall was 82mm at Wily Downs.

Mr How said a cold front would bring some falls, around 10mm-20mm in south west parts of WA.

"There's another stronger cold front coming through on Monday night and this will bring another 15mm to 30mm across south west WA," Mr How said.

"A couple of showers expected in places like the Goldfields and down towards Esperance as well.

"Potentially looking at two days totals of up to 60mm or so for some parts, definitely looking like another soggy week in some areas, it has been a really wet July across WA.

"We will see those conditions ease off during the week for all of WA, by Wednesday we'll see the showers contract to the south coast and then just cooler and dryer conditions to lead us into the weekend."

Remote eastern WA should expect some chilly mornings later in the week, with forecasting showing a drop to 2 and 3 degrees on Thursday and Friday mornings.

Mr How said over the weekend there were "quite a few" showers in Queensland across the Tropical North coast.

"We are expecting a daily 10mm-20mm but could see weekly totals of 50mm-100mm across some parts of the Tropical North," he said.

"We'll see showers push into South East Queensland on Monday including Brisbane, possibly getting to the eastern parts of the southern downs.

"Nothing substantial anywhere west of the Darling Downs."

Mr How said people around the Maranoa could have woken to some slight frosts this morning, with conditions dropping to as low as one degree overnight towards Roma.

New South Wales saw some showers along the coast on Sunday which are expected to continue today.

Mr How said the second cold front from WA will make its way to New South Wales.

"It will weaken off slightly, but it will push some showers and areas of rain to southern parts of the Riverena and towards the southern and central tablelands as well," he said.

"This is looking into late Wednesdays or into Thursday.

"Even around the Blue Mountains... looking at 5mm-15mm mark and up to 20mm-25mm down towards the southern highlands.

"It's mainly going to be west of the divide for New South Wales... the far south east corner."

Mr How said Victoria will have a dry start to the week before the cold front from Western Australia makes its way over late Tuesday night.

"This is going to be a bit more widespread for Victoria," he said.

"We're expecting the cold front to enter from the west late Tuesday night, pushing across the state during Wednesday, moving pretty quick.

"In terms of rainfall, the heaviest falls are going to be on and south of the ranges in Victoria, looking at weekly totals of around 10mm to 25mm and high falls for the alpine peaks, possibly in excess of 30mm or so."

Mr How said unfortunately east Gippsland will mostly miss out on rain.

The north east of Victoria can expect some frost in the coming mornings, with cold nights on the way.

Mr How said South Australia will see some falls along the coast on Tuesday as the cold front moves through.

"Most of the falls are going to be most around that Kangaroo Island area on the far south east," he said.

"Again, looking at around 5mm to 15mm, and up to 25mm for parts of Mount Lofty Ranges, southern parts of the Eyre Peninsular and also Kangaroo Island as well."

Mr How said in agricultural areas, falls of between 1mm and 5mm were possible.

Mr How said Tasmania's weather this week would be similar to Victoria, with rain coming from the cold fronts mid-week.

"The heaviest rain is going to be for the west coast and north coast," he said.

"Unfortunately those catchments towards the eastern part of Tasmania it's going to be a bit dry, but they've had some rain and some minor to moderate flooding as well so catchments there are pretty primed."

The NT's rain forecast was short and sweet.

The story The week ahead in weather first appeared on Farm Online.