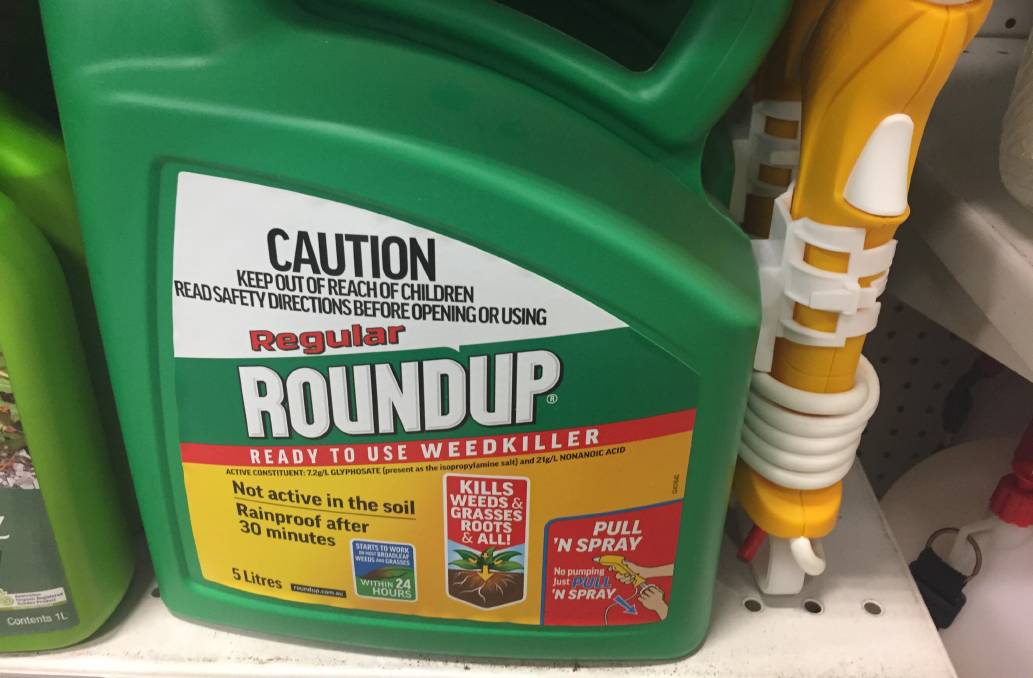 Bayer is set to phase out domestic weedkillers based on glyphosate in the US due to concerns about litigation.

Bayer will stop selling lawn and garden glyphosate herbicides in the US as it looks to limit its exposure to litigation.

BAYER has made the decision to remove its glyphosate products from domestic use in the United States.

While standing by the safety record of the products, which it maintains are safe to use, the company is conscious of the large legal burden created by lawsuits alleging its products have caused cancer.

"The decision to replace glyphosate-based products in the U.S. residential lawn and garden market with new formulations that rely on alternative active ingredients beginning in 2023 has been taken exclusively to manage litigation risk in the U.S. legal system and not because of any safety concerns and it has no implications for other markets," a Bayer spokesperson said.

RELATED: Dicamba banned in the US

The spokesperson clarified it had no implications in Australia or to agricultural use generally.

Glyphosate is by far the most important agricultural herbicide in the Australian market.

There was no US government requirement for Bayer to make its decision.

Environmental groups are celebrating the news, saying it marks a big win in their bid to have glyphosate products overall phased out.

However, CropLife Australia chief executive Matthew Cossey said it was disappointing Bayer had been forced into this commercial decision in spite of scientific evidence to the contrary.

"The scientific evidence supporting glyphosate's safety is clear, overwhelming and voluminous, covering more than 40 years of significant use around the world," he said.

He urged Australian regulators to continue to focus on the science.

"Ministers and public policy leaders must continue to defer to the independent experts - the Australian Pesticides and Veterinary Medicines Authority for decisions regarding agricultural chemicals," he said.

Brett Hosking, GrainGrowers chairman, said while the decision was up to Bayer he hoped it would not be something that happened in Australia.

"I tend to think if it has legal permission to be used you should be able to buy the product," Mr Hosking said.

"I don't think we need to send a signal there is something wrong when there isn't."

However, Matt Landos, an aquatic veterinarian and a strong critic of glyphosate, said public confidence in the product was waning.

"These articles (about garden glyphosate products being phased out) do little to instill public confidence in the safety of the product, nor in the robustness of the regulatory framework (pre-independent review)," Dr Landos said.

"The weight of evidence continues to grow that glyphosate-based herbicide (GBH) is unsafe and that regulation settings are insufficient to detect the problems- and in so doing, challenges the oft touted history of GBH studies and regulatory risk assessments showing it to be safe," he said.

Meanwhile, Bayer has lost a third appeal against US court findings that awarded damages to glyphosate users.

A California appeals court late on Monday upheld an $A117 million verdict that found Bayer responsible for a couple's cancer after using Roundup against weeds.

Bayer in February 2020 filed an appeal, saying the verdict could not be reconciled with sound science or with product clearance from the federal environment regulator.

The Bayer spokesperson said the company disagreed and would assess its options.

"We respectfully disagree with the court's ruling as the verdict is not supported by the evidence at trial or the law," the spokesperson said.

"We continue to stand strongly behind the safety of Roundup, a position supported by four decades of extensive science and the assessments of leading health regulators worldwide that support its safe use," they said.

The story Bayer to phase out domestic glyphosate products in the US first appeared on Farm Online.

Sponsored by
Now that the awareness of the difficulties of teaching children at home is so high, the Isolated Children's Parents' Association is hoping its long-awaited request for a distance education teaching allowance will finally come to fruition.
Test
NEW dates have been set for the Fleece to Fashion awards, after COVID restrictions caused the cancellation of the event two years in a row.
Test
While international competitors may have been sidelined this year for the Quilton Australian Dunny Derby, competition remained as fierce as ever in the western Queensland town of Winton on Friday night.
Test
Senior Nationals MP Damian Drum, the party's chief whip, has announced he will leave federal politics at the next election due by May.
Test
Forecasts for high temperatures over the interior and west coast while the east coast continues to be battered by storm activity.
Test
Australian Dairy Farmers president Rick Gladigau is not apologising for his controversial comments about fellow board members.
Test
A $50 million program to support microgrid pilot projects across regional Australia, announced in the 2020-21 federal budget, was launched by the Australian Renewable Energy Agency on Friday.
Test
Nerada produces approximately six per cent of black tea on the Australian market and credits its success to the Far North Queensland environment.
Test