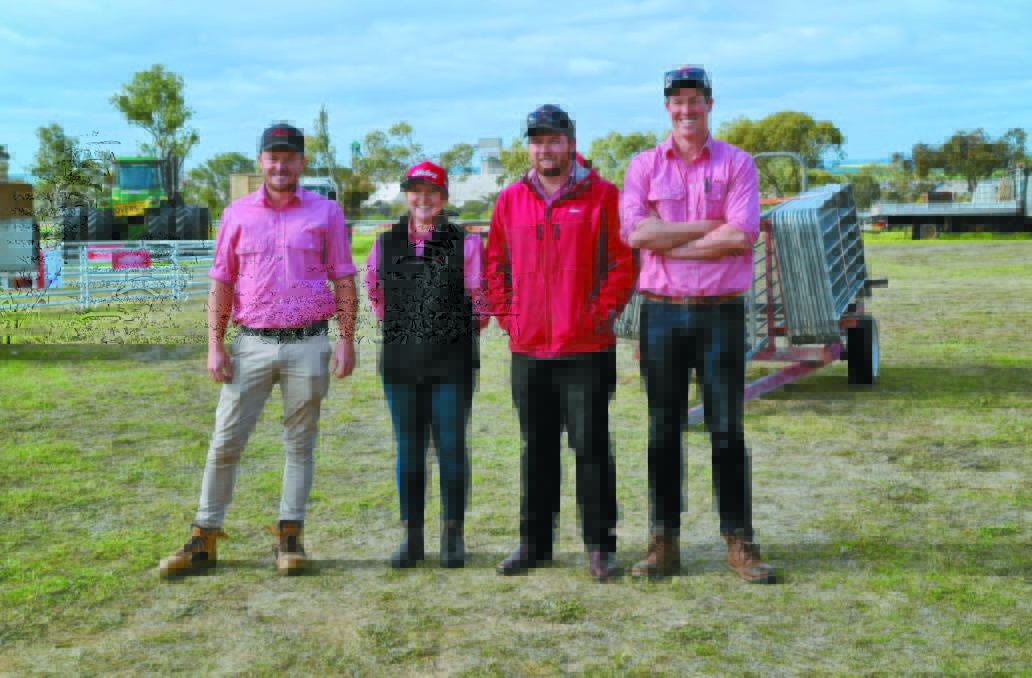 The challenge was about trying to highlight the role that young people played in agriculture.

A NEW event for the next generation of farmers was a highlight of the McIntosh & Son Mingenew Midwest Expo on August 11 with the Young Farmer Challenge putting four teams of four through their paces in a series of mini competitions.

It was the first time the Young Farmer Challenge, an initiative from Agricultural Shows Australia, had been held at the expo, giving up-and-coming farmers the chance to flex their skills.

The challenge was organised by expo board member Billi Marshall who said it was all about trying to highlight the role that young people played in agriculture.

"There is a huge skill set in agriculture that goes unrecognised - there is so much stuff that we do everyday that for us is just a normal job, but to the naked eye and those that are unaware, it's really interesting," Ms Marshall said.

"There are farmers out there every day building fences, moving livestock, driving machinery and to people who aren't familiar with it, they have no idea what we actually do.

"The point of the challenge is to showcase that all the jobs we do are quite skilful that require a fair bit of knowledge, practice and training to be good at."

The expo was the hosting event for the Mid West, with the winning team - a group of four local farmers from the Mingenew area under the team name Heatwave - set to compete at the State Championship at the Perth Royal Show from September 25 to October 2.

"We are also going to provide the winning team with a custom team shirt to wear to the Royal Show with their team name, so when they compete at the State competition they'll all have matching work shirts."

The organisers of each of the regional competitions get to design their own competition based on the area, with the challenges at the expo based on cropping, sheep production, livestock and general safety.

The sponsor of the Mingenew competition was AdvocateAg, a networking program started by Ms Marshall to try to promote youth in agriculture.

"I think it's important to highlight what we do, but the biggest part of it is having fun, getting behind one another, having a bit of banter and just coming together," she said.

"I think there is a lot of potential for it to go further and we're looking forward to making the Young Farmer Challenge bigger and better next year."