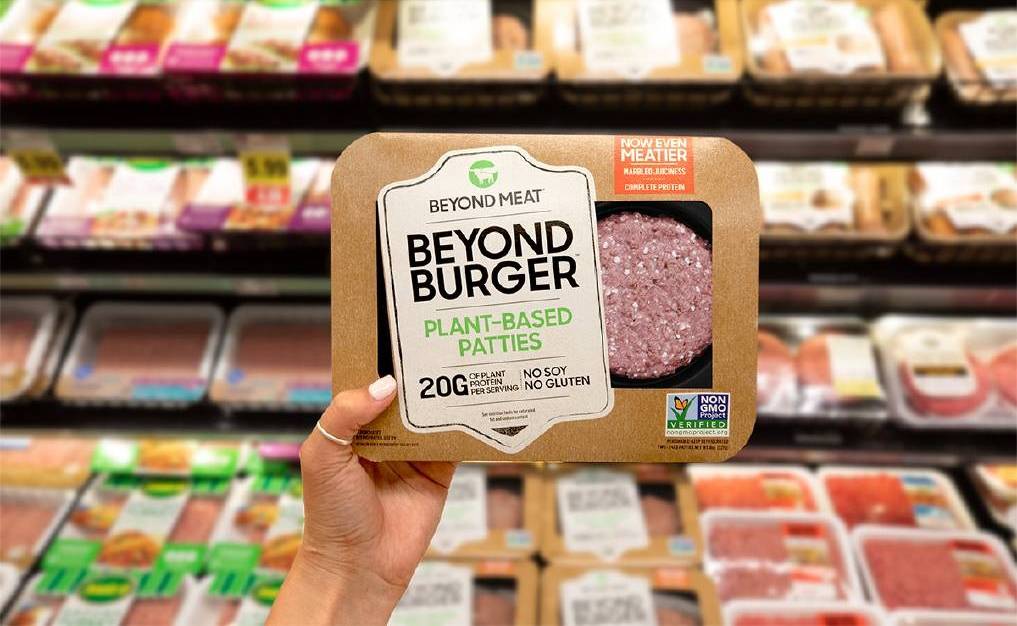 Aussie children have been advised by CSIRO to choose plant-based food over red meat in a national campaign launched today.

Aussie children have been advised by CSIRO to choose plant-based food over red meat in a national campaign launched today.

The national science agency has released a digital tuckerbox to encourage families to take on a "healthy and sustainable challenge".

The online dietary advice from CSIRO "aims to get people thinking about making both healthy and sustainable food choices and what they might be eating in the future".

In the "tuckerbox", it advises families to switch to plant-based meats.

"Instead of a beef burger, how about one made of legumes?

"Food scientists in Australia have developed a burger patty, mince and sausages that taste just like meat," the tuckerbox advises, and then provides a link to plant-based foods.

The tuckerbox says lean beef is a nutritious source of protein.

"For our health and for the health of our environment, we should eat a moderate amount of meat."

Families are advised "cattle produce methane, mostly from their burps, which is a powerful greenhouse gas".

It then says research is continuing into a "a type of seaweed that scientists discovered can reduce cattle emissions by a huge amount when they eat it".

The digital tuckerbox has been launched as part of national science week from August 14-22.

Dairy gets the tick of approval.

"Cheese and other dairy foods not only provide complete protein, but they are also the best source of calcium for our bodies. Calcium is the main mineral component of our bones, teeth and nails so it is a very important part of our diets."

The release of the online platform comes as the CSIRO comes under increased scrutiny for its promotion and investment in plant-based foods.

The investment fund, Main Sequence, was spun out of CSIRO with almost half a billion dollars in funds which supports several plant-based companies, attracting criticism.

"The CSIRO Tuckerbox provides nutrition and sustainability ratings for a range of different foods and drinks that users can add to their lunchbox in different combinations to improve their score.

The CSIRO Tuckerbox provides nutrition and sustainability ratings for a range of different foods and drinks that users can add to their lunchbox in different combinations to improve their score.

"It also gives a taste of the food we could be eating by 2050 based on the latest research in food innovation, including work aligned with CSIRO's Future Protein and Trusted Agrifood Exports missions, as well as the Ending Plastic Waste mission."

CSIRO research scientist Dr Gilly Hendrie said with many families eating meals together at home, the tuckerbox can be used to complement home school activities during National Science Week, which this year has theme of 'Food: Different by Design'.

"Making good food choices is a combination of understanding what foods are healthy as well as getting into good habits, and the better we are at this when we're at home, the easier it is to make smart choices when we're out and about," Dr Hendrie said.

"The Tuckerbox also reflects the complexity of making real world food choices, where it's rare that we can make perfectly healthy or perfectly sustainable choices, so it's about understanding how we get balance."

CSIRO Nutrition Systems scientist, Dr Jessica Bogard said sustainability is an increasingly important consideration for consumers that want to know their food has been produced with minimal impact on the environment.

"The tuckerbox aims to get people thinking about what resources are used to not only grow food but to transport and process it too," Dr Bogard said.

"There are many ways we are working to create more sustainable food systems, and technology will play a key role in the future, such as through developing ways to build and maintain healthy soil, managing water wisely and minimising air, water, and climate pollution."

Mum of eight-year-old Lily, Bianca Evans, said her whole family looked at their lunchboxes with new eyes after playing with the Tuckerbox.

"As a family we already spend time talking about healthy choices and we like to get Lily actively involved in the kitchen. The Tuckerbox gave us all a great opportunity to think about how our choices also impact the health of the environment," Ms Evans said.

CSIRO says the tuckerbox draws on decades of research and innovation developed in partnership with the food industry, including adapting livestock and crops to our changing climate; improving sustainability in how food is produced, processed and transported; increasing the nutritional value of food; and helping people make their diets healthier.