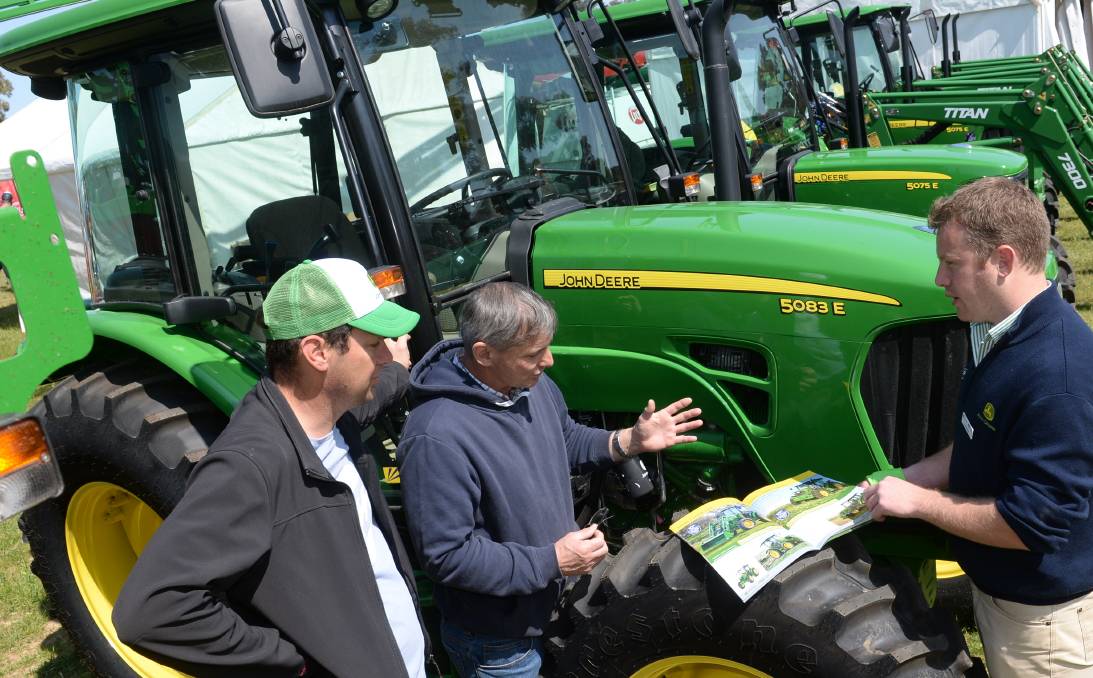 Labour shortages, government investment incentives and a bumper season across much of rural Australia have sent farm equipment spending spiralling to exceptional highs.

On top of a 17 per cent jump in its farmland lending balance sheet, Commonwealth Bank of Australia has confirmed at least a 50pc rise in new borrowings for equipment assets by farmers last financial year.

Lending to post-farm gate food processors and other value-adding businesses soared by more than 240pc, compared with 2019-20.

Low lending rates around 2.8 per cent, the rapid rollout of new agricultural technology options and a rush to get new gear ordered early to avoid delivery bottlenecks have also fuelled the farm sector spending spree.

Farm debt repayments have surged, too, as producers make the most of the good times to repair their business balance sheets.

"We've seen spending booms in the past when farmers came out of drought years, but this is something different," said CBA's agribusiness general manager, Tim Harvey.

"Agriculture is enjoying a trifecta of good seasonal conditions in most places, good prices across most commodity categories and record low finance costs."

Although some areas were still dealing with seasonal and global trade difficulties, and the coronavirus pandemic had caused plenty of concerns, Mr Harvey doubted if investment in equipment and property had been so generally strong for decades.

"People are incredibly positive at the moment," he said.

Also notable was the way the farm sector had adapted quickly to deal with many of the challenges thrown up by COVID-19.

It was the biggest year for new asset finance growth ever recorded by the bank.

CBA's business banking group executive, Mike Vacy Lyle, said although the operating environment was challenging for many, in the past 18 months sectors such as agriculture and manufacturing stood out as taking up the chance to restock and invest in equipment upgrades, vehicle fleets, new fit outs, or helpful technological advances. As rain and good yield prospects returned to the cropping belt last financial year, finance for header and seeder purchases and leases was in big demand - up 120pc and 72pc respectively on 2019-20.

"Tax incentives on asset depreciation clearly helped farmers make their buying decisions, but there's also no question the increasing labour shortage issue has accelerated a shift to more mechanical and automated options on farms," he said.

Some investments were for relatively logical labour saving technology for stockyards, shearing sheds or water equipment, while others were as significant as converting a dairy to robotic milking, or replanting an apple orchard in preparation for a new mechanical harvesting era.

"I was recently on a southern Victorian farm where they're loving being dairy farmers again because the owners don't have the constant strain of finding staff or all the effort required at milking time - they've converted their shed to a self milking system," Mr Harvey said.

"On beef properties we have customers installing automatic weighing systems in paddocks to monitor weight gains remotely, which reduces herd stress and the labour in mustering and yarding."

"There seems to be more attention being paid to onshore manufacturing," he said.

CBA's upbeat loan figures are mirrored by other lenders, with Rural Bank's eastern Australian sales head Andrew Smith noting "a quite progressive" sentiment and willingness to invest among farmers.

In fact, when it came to buying new gear, he knew some farmers were so well cashed up they did not even need bank finance to cover the difference required after they had traded in their old tractors. "You don't often hear of people having money on hand to pay for big ticket items like that," he said

"I think a lot of grain held in storage from last season has sold into a pretty strong market since early July, which has prompted farmers to start getting their new machinery orders in early because they know there's a long lead time for deliveries," he said.