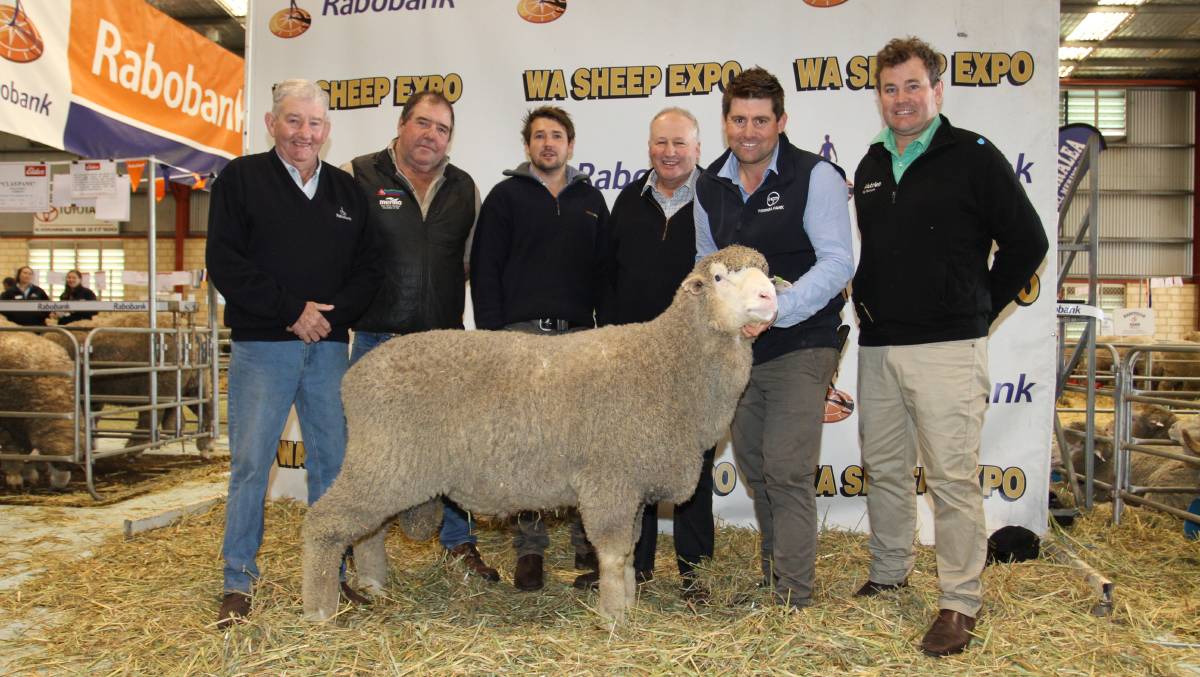 "Really good structure and figures and with its wool will be a good fit for our higher rainfall clients."

THERE were not only some big prices achieved in the stud ram sale at the recent Rabobank WA Sheep Expo & Ram Sale, there were also a number of significant private sales transacted.

The biggest of these was $40,000 for an upstanding young Poll Merino sire, named Phillip (ET 200037), from the Hobley family's Wiringa Park stud, Nyabing. 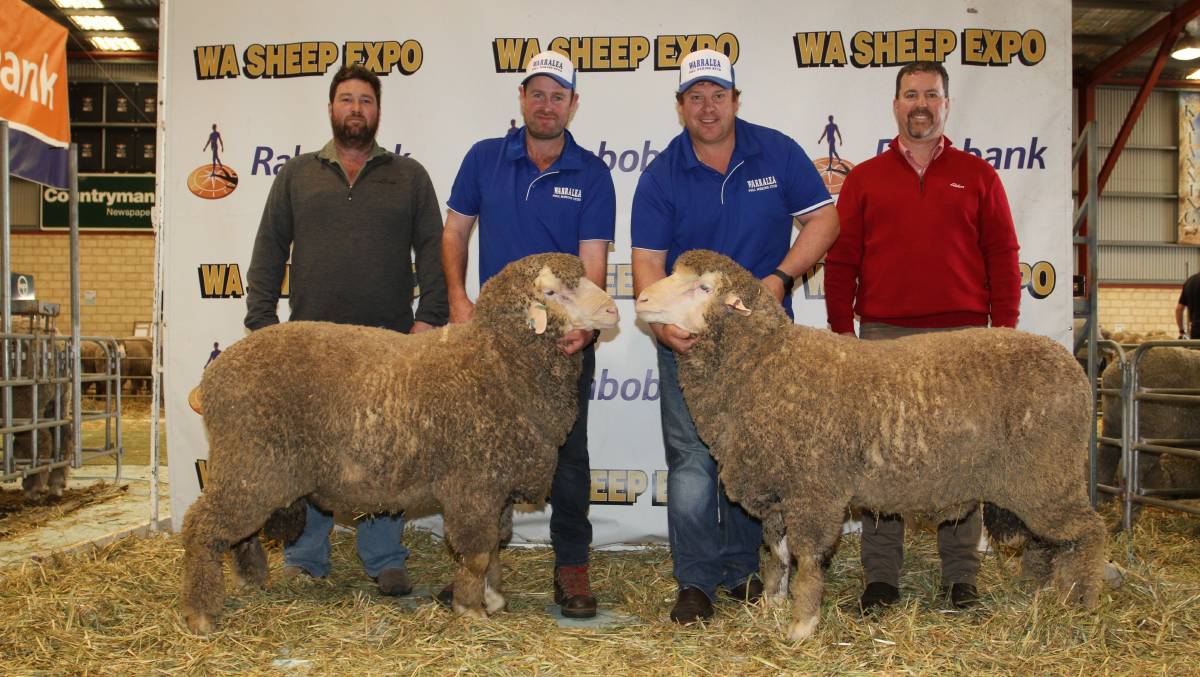 Buyer Scott Pickering said the sires he had purchased by Moorundie 150073 and Moorundie 160388 (purchased for $52,000), have performed strongly in the stud.

He said with travel restrictions he couldn't look at sires in the east and the Wiringa Park sheep was a good opportunity to support a local stud.

"Really good structure and figures and with its wool will be a good fit for our higher rainfall clients," Mr Pickering said.

"He is PP and we are right into the poll gene along with 174 MP + index and is only a July-drop with lambs teeth and weighs 112.5kg.

"Linkage is there in its pedigree, 388 is breeding really well for us and we have had good results with 073 with his first progeny available this year."

"He is PP which is positive, pedigree is a big point for us and the fact he is ET bred ticks those boxes.

"It has ASBVs which ticks another box moving forward and provides us another link to Glenlea Park which will help benefit ASBVs."

Mr Dewar said the ram would head for the collection centre before heading to Esperance to work in October to November and to Woodyarrup to work in late January early February and later be prepared in the Woodyarrup ram shed "to see how he comes up".

The King family's Rangeview stud, Darkan, was another to announce a more than five figure sale when it sold an August shorn Poll Merino ram for $15,000 to commercial producer Ashley Wilson, Yass, New South Wales, who joins 2000 ewes annually.

Mr Wilson said he saw the ram on Facebook and was taken by it straight away.

"We really liked his overall presence and he shows plenty of depth and width of body in the photos," Mr Wilson said.

"The quality of his wool we also saw in the photos took our eye.

"This will be the first WA genetics we have used in our flock and we are looking forward to getting him over here.

"We saw it as a great opportunity to buy a top looking ram as we are having trouble trying to find his type of sheep over here."

The Warralea stud, owned by Jarrod and Chelsea King, Gairdner, also had a big two days in terms of private sales.

Mr Saunders said the rams would go into their nucleus program of 450 ewes to help breed their own flock rams for their 3500 total ewe mating which commences December 1.

"We are trying not to run an AI program this year so we are on the look out for good nucleus sires," Mr Saunders said.

"They are a ripping pair of sheep, I'm stoked with them and they will complement the ewes we have while adding to the wools and frame."

Both the two rams purchased by Mr Saunders were AI-bred by Willandra 447. 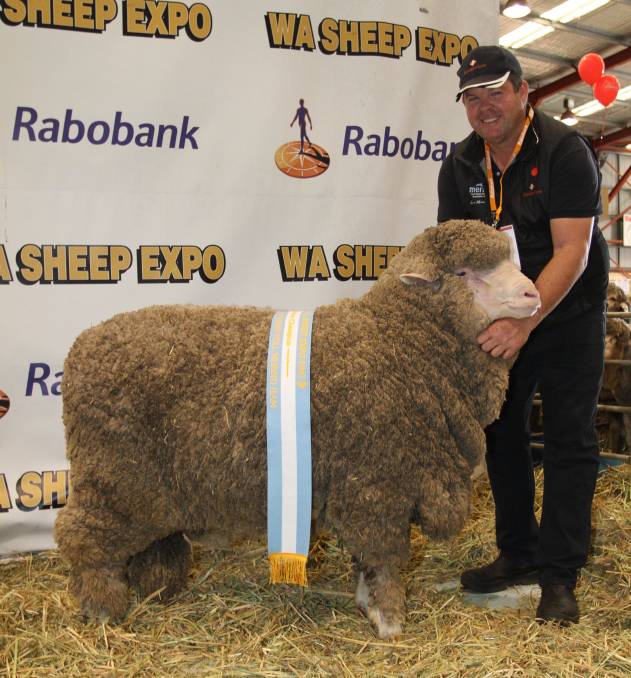