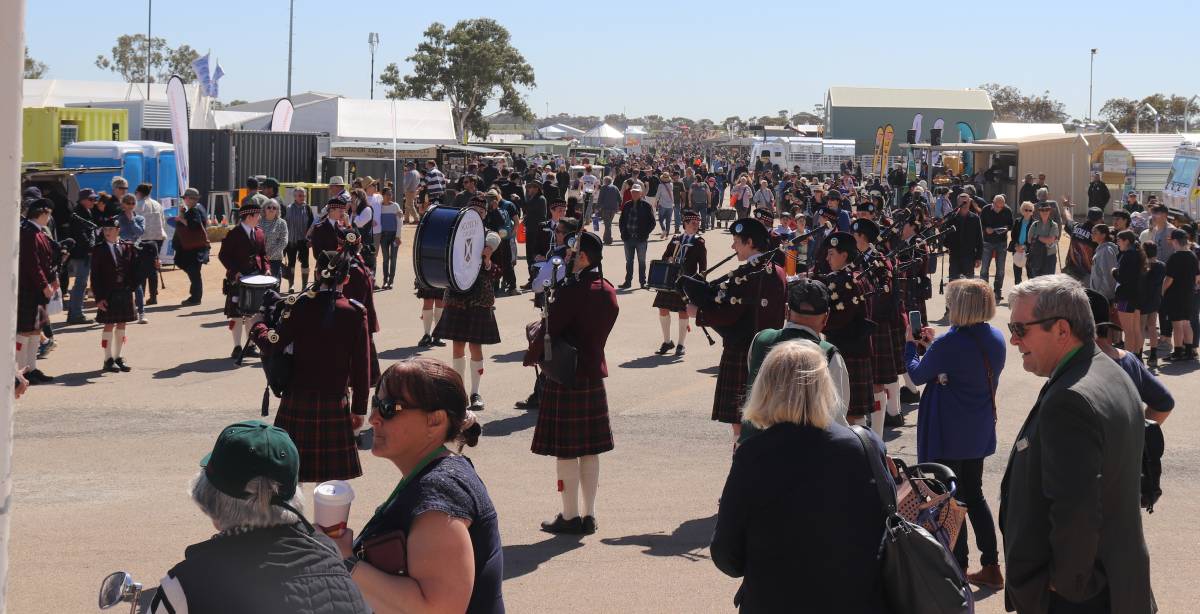 The crowds stretched as far as the eye could see along the avenues of the field days, with entertainment such as the Scotch College Pipe Band keeping visitors entertained.

"No industry is more important in keeping people clothed and fed in a time of great need..."

LIKE much of this season, the weather gods smiled down on the Dowerin GWN7 Machinery Field Days opening day, with the sun reflecting the optimistic mood of the agricultural industry ahead of what is anticipated to be a bumper harvest.

Although those who visited on the second day of the State's biggest agricultural field days experienced less glamorous weather with a bit of rain, crowds continued to bustle as farmers, families and the odd city dweller keen to make up for a year hiatus from the event due to COVID-19 restrictions reached into their wallets to spend some of their hard earned cash.

Dowerin GWN7 Machinery Field Days chairman Ashley Jones said it was wonderful to be involved in an industry that was instrumental in leading Australia's recovery from a pandemic.

"No industry is more important in keeping people clothed and fed in a time of great need... we have been extremely fortunate in WA to have escaped relatively unscathed... life is pretty normal," Mr Jones said.

Acknowledging that the past 18 months had dramatically increased the amount of people purchasing their products online, Mr Jones said events such as the field days were still needed and wanted, as face-to-face interactions couldn't be replaced.

"People still have the need to physically touch, smell and feel our prospective purchases, as well as make that personal connection with the sales person - which is something that the virtual world doesn't provide," Mr Jones said.

With the city country divide arguably widening as the number of farmers in the State continues to decrease, Mr Jones said many city dwellers no longer had a connection in the country and therefore had no reason to visit.

"But I would like to think that if our students in the city enjoy a trip to Dowerin, that might be enough to spark an interest to get involved in the agricultural industry," Mr Jones said. 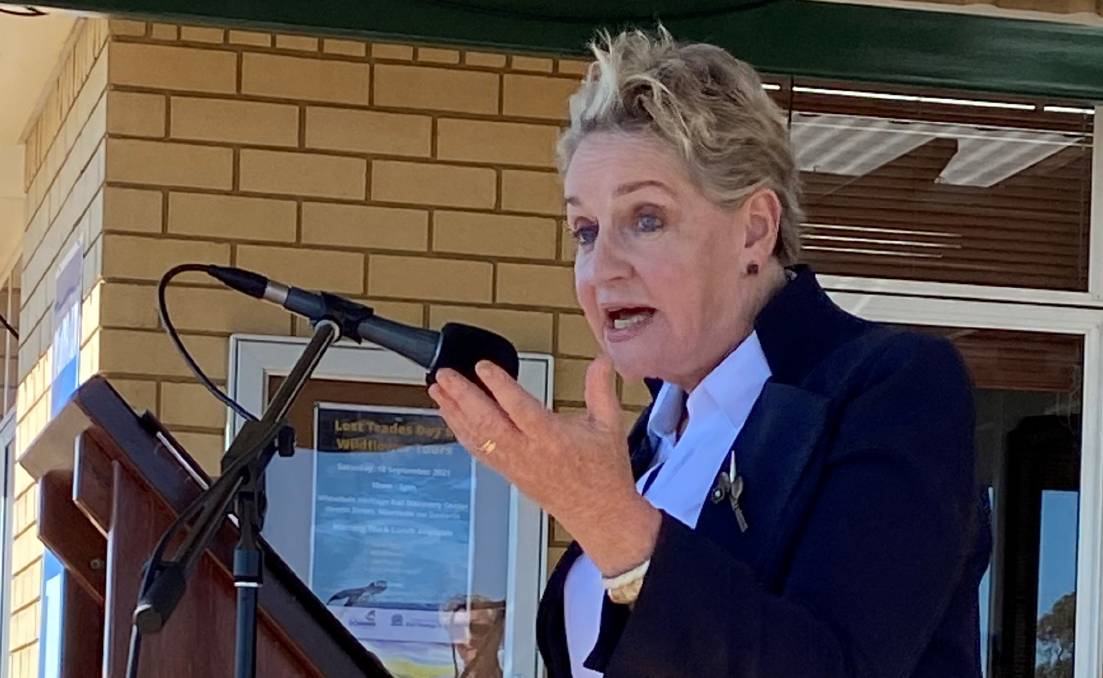 "It would be great if agriculture played a more prominent role in the curriculum, educating our students - both city and country - because there is a fantastic opportunity here sitting on their doorstep."

While border restrictions meant many interstate exhibitors were unable to showcase their products this year, Mr Jones said there were also some local exhibitors that hadn't been able to make the field days due to a lack of stock or staff, but they have said they will return next year.

WA Agriculture and Food Minister Alannah MacTiernan officially opened the event and took the opportunity to announce a $4 million research and development investment to support the sustainability and profitability of Western Australia's sheep industry.

The State government will invest $2 million over the next four years to the collaborative SheepLinks program, matched by the Meat & Livestock Australia (MLA) Donor company.

"The first two research projects are already underway - the one that I am particularly interested in is the FEED365 project where we are wanting to develop resilient year round pastures and forage grazing systems," Ms MacTiernan said.

"It is really critically important in WA that we can fill that summer-autumn feed gap and avoid the big cost of supplementary feeding.

"We also have the Nexus project which is going to be looking at how the sheep industry is going to be able to meet these international requirements that are developing around our carbon footprint."

While the grains industry has appeared to get most of the limelight this year with a record-breaking harvest of 20 million tonnes anticipated, Ms MacTiernan said it wasn't the only good news story, highlighting that lamb and beef prices were also up and that wool prices had remained steady. The Dowerin District High School choir performing for the crowd at the official opening of the Dowerin GWN7 Machinery Field Days.

However, this year has not been without its challenges for the State's agricultural industry and the minister said the government would continue to work with the sector on the emerging issues of mice and locusts affecting WA crops as well as the skilled and unskilled worker shortages looming over the sector this harvest.

Since the event's inception in 1965, the not-for-profit organisation has paid its volunteers per hour through a registered organisation as a way of distributing funds raised by the event.

Mr Jones took the opportunity to thank the field day volunteers, who he said were the backbone of the event.

"It hasn't been easy for our volunteers and staff to pull this together with the COVID protocols and last minute cancellations from the Eastern States," Mr Jones said.

"But they have gone above and beyond and we are very proud and thankful for their efforts - they are the engine room of the field days."