Six Bundaberg schools now have a piece of macadamia history in the ground.

The donated trees are Rough-shelled Macadamia (macadamia tetraphylla) trees, one of the native wild macadamia species that the Macadamia Conservation Trust is working to preserve.

Although used in cultivation, the tetraphylla is listed as vulnerable in the wild.

In conjunction with the donation of native macadamia trees, Marquis Macadamias donated $10,000 to the trust in support of conserving Australian wild macadamia trees in their native habitat.

The genetic diversity among wild plants is regarded as important as it helps the industry adapt to changes in weather patterns, emerging pests and possible diseases.

Marquis Macadamias has donated more than $60,000 to the conservation efforts since 2015.

Bundaberg is the fastest growing macadamia region in Australia, producing 20,000 tonnes annually and contributing 40 per cent to the national macadamia crop in 2020.

Marquis Macadamias Australia CEO Larry McHugh said the day was a chance to celebrate both the Australian native nut and the farmers who grew them.

"Celebrating the macadamia nut is not just about recognising its versatility and health benefits, it is also a chance for us to recognise and advocate for the sustainable production of macadamia nuts," Mr McHugh said. "We attribute the success of macadamia nut growers to their willingness to adopt innovative equipment and embrace the natural resources available to them.

"At Marquis Macadamias, we believe in sustainable processes - for us, this means using the whole nut, including the husk and shell, to make sure that we are maximising the versatility of macadamias.

"Marquis has a long track record of driving innovation and technology change within our processing facilities, as well as working with growers to improve their on-farm practices and increase productivity.

"This keeps our facilities leading the industry to continually set the standards and shape the methods used for processing macadamias." HEALTHY: Some of the St Luke's Anglican School students ready to enjoy some macadamia nuts.

The Marquis Group recently announced plans to invest $35 million into new production capacity and pasteurisation technology across its global operations.

The investments include $30m to build new cold storage, and specialised bulk drying and packing facilities at its Bundaberg processing facility and more than $1.5m to install a Napasol pasteurisation unit at its Lows Creek, South Africa facility.

IN July, the Australian Macadamia Society revised down the crop forecast by 4.5 per cent from 50,770 to 48,500 tonnes in-shell at 3.5pc moisture (from 54,440 to 52,000 tonnes at 10pc moisture), put down to severe weather experienced by New South Wales growers in recent months, which caused crop loss in many parts of the state.

The new forecast represents an increase on last year's crop of about 3.5pc. 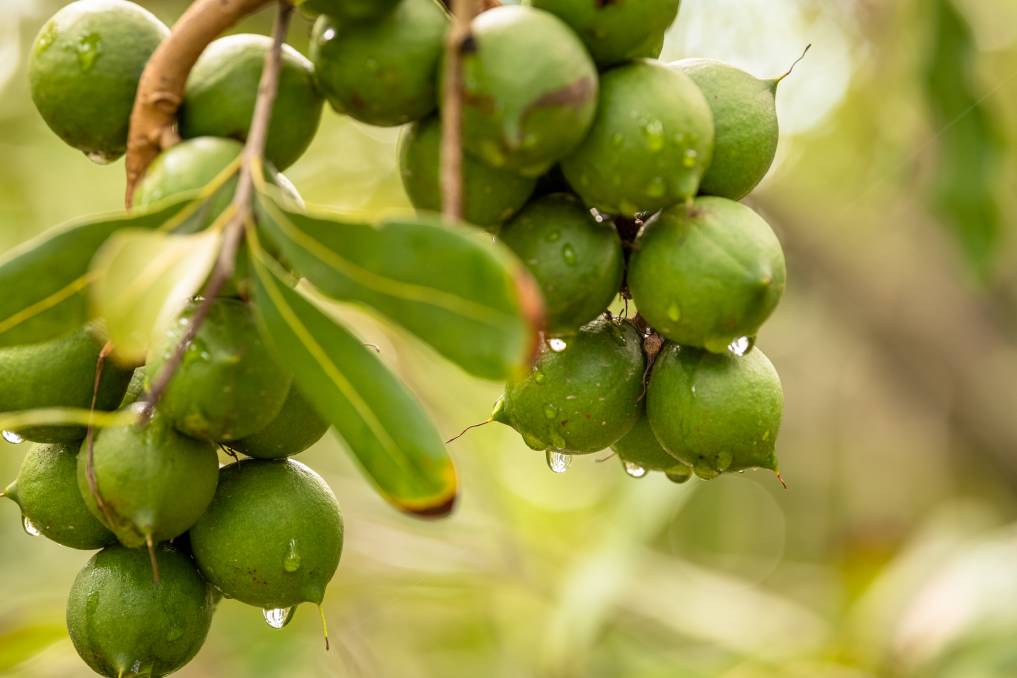 DOWN: The Australian Macadamia Society revised down the crop forecast by 4.5 per cent.

Mr Burnett said the crop reduction was also in part due to the ongoing legacy of previous years' sustained drought conditions.

"Some farms are still seeing the effects of the hot and dry conditions from previous seasons," Mr Burnett said.

With more than 50pc of the Australian macadamia crop now collected, the nut sizing is more normal this season and whilst kernel yields are slightly down, Mr Burnett said overall quality was very good.

"Notwithstanding the extreme conditions, most regions are reporting a good quality crop," he said.