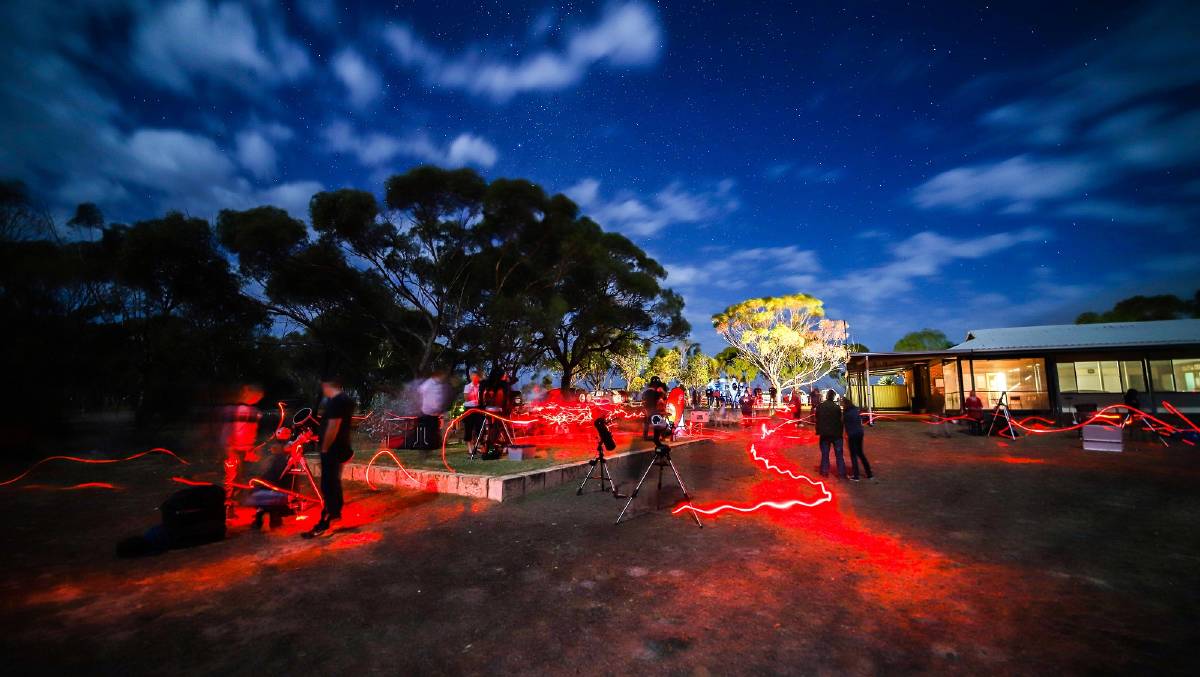 There is nothing like stargazing in rural Western Australia after a funfilled day at The York Festival.

YORK has a long and proud history of being a regional cultural centre for events in Western Australia.

The town's role in the history of WA and its easy proximity to Perth, make it popular as a place for 'the city to meet the country', with historical sites in abundance, beautiful native wildflowers, the amazing colour of farming vistas, the winding Avon River, casual drives and the market - like atmosphere the town holds.

It is no wonder then that The York Festival is one of the most vibrant and engaging events for people travelling from all over WA, and interesting for all family members, from the youngest to the most mature.

The York Festival presented by LiveLighter will take place from September 25 to October 10.

It is a multi arts event that attracts thousands of visitors each year, from lovers of road trips, young adventurers, through to families looking to entertain the kids with fun, unique activities. 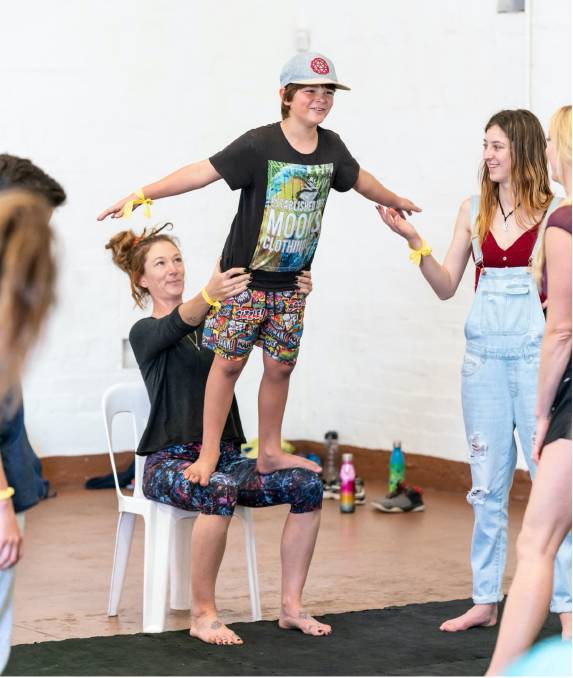 The kids will love the NeuroCircus.

It offers a diverse program of entertainment featuring music and performing arts; arts and crafts; walking tours; and much more in WA's oldest inland town held in springtime when the wildflowers and canola are in full bloom.

With more than 90 events, this year's highlights include the long-awaited return of jazz to York over the festival's opening weekend, with a jam-packed program of acts from renowned local WA performers held throughout the town's iconic venues; the launch of a new writers program and a host of other events that will see The York Festival reassert itself as the premier cultural event in the Avon Valley.

The festival's focus on rare and endangered crafts in the historic town, is an opportunity to showcase diverse craft practices from blacksmithing and fibre weaving, to boot making and printmaking, in WA's only print museum, embroidery and wood carving.

It also gives visitors the chance to learn about some of the oldest craft practices and some of the characters who practised them in York in the 19th century. The Medieval Fayre is fun for all the family to watch.

Founded in 2014 as a 'little art & craft market', The York Festival was established by community organisation, Wheatbelt Arts & Events Inc, to make a positive contribution to the town of York, by delivering quality arts experiences that invigorate the local community, and attract visitors and business investment.

The new dedicated jazz program will be curated by Perth Jazz Festival's, Mace Francis, and a writers program curated by The West Australian's, Will Yeoman.

According to festival director, Jenny Garroun, The York Festival proudly celebrates its location in the WA Wheatbelt.

"The local community relishes the opportunity to share what we are most proud of - our beautiful heritage town, rich in history, rich in culture," Ms Garroun said.

"I am particularly thrilled to have the opportunity to work with Mace Francis, our jazz program director, and William Yeoman, our writers' program director, as well as our team of professionals led by festival producer, Elliot Chambers, who have all set a new standard for this year's festival."

"York has, for decades, had a synergy with jazz," Mr Francis, said.

"The York Jazz Festival was one of the biggest jazz festivals in the country and one that many jazz fans bring up in conversations with very fond memories. 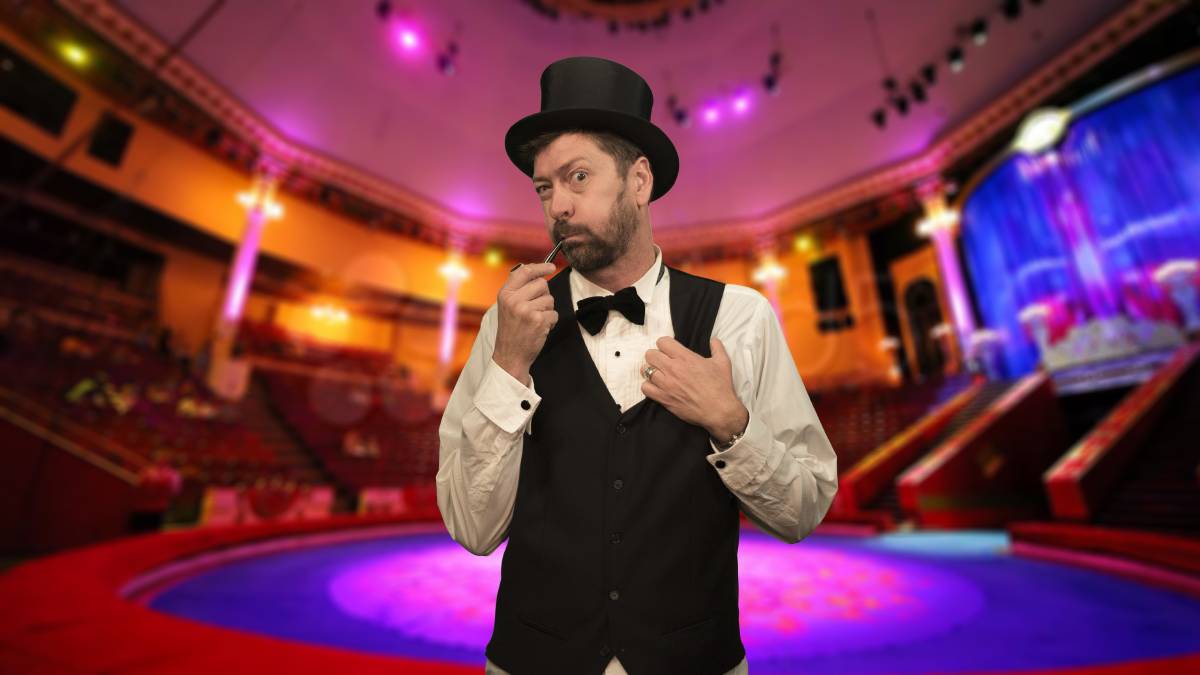 Theatrical performances are sure to be a hit.

"I believe destination festivals are some of the best, because you leave your day-to-day routines and worries and just immerse yourself in the city and the artform you love.

"While we are not restarting the York Jazz Festival, we are bringing together these two synergies to create a boutique and special jazz experience as part of the opening weekend of the York Festival.

"There will be music in the streets and coming from balconies, hidden secret venues all the way through to the best of the West in the beautiful York Town Hall."

The program features a host of renowned Western Australian authors speaking at intimate talks and group panels about their works.

"York has always been special to me," Mr Yeoman said.

"I grew up there and have been a regular visitor ever since.

"I've loved books for at least as long.

"I was very excited to have this opportunity to combine both in a full day of conversations with, and readings by, some of WA's best established and emerging authors, poets and illustrators."

A major highlight of the writers' program will be the opening event with travel editor, journalist, photographer, award-winning novelist and spoken-word performer Stephen Scourfield. 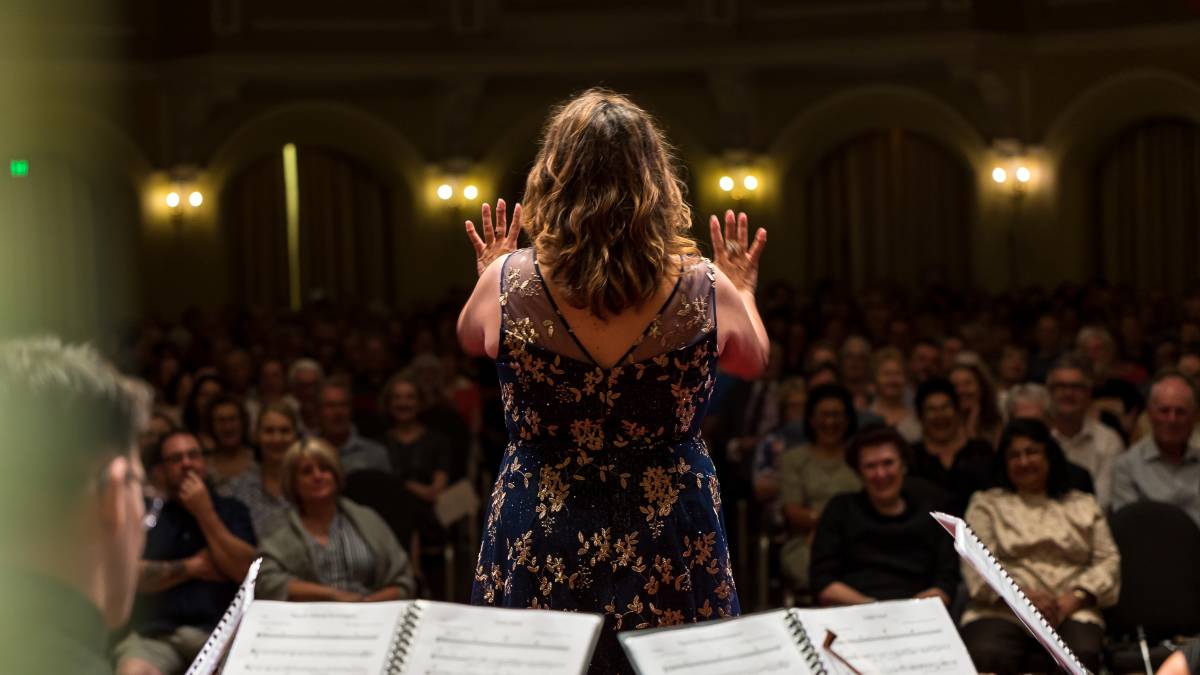 Listening to jazz and classical music in the historic Town Hall of York is an uplifting experience.

Mr Scourfield was twice voted Australia's best travel writer, and along with Mr Yeoman, they tell the story of some of the world's great rivers including York's Avon River in words and music at the special breakfast event, all proceeds from this event go to the local River Conservation Society.

There's no shortage of fun for families of all ages with a range of events and activities including a theatrical experience with The Little HOO-HAA!, circus workshops with NeuroCircus, an epic display of York's Avon Terrace built entirely out of Lego, and Healthway's LiveLighter Activity Zone for families to learn how to live a healthier life together.

History buffs are in for a treat with seven walking tours taking visitors throughout the town on foot to learn about York's rich and varied history.

Visitors can also explore York's fine collection of museums including the York Motor Museum, the Residency Museum, the Sandalwood Letterpress Print Museum, the Tipperary School, and wander through the remarkable Blands Town precinct at the southern end of the town, which is a story in itself.

A special feature of The York Festival is its capacity to bring the community together through activities and events.

A particular highlight of this program will be the opportunity to go stargazing atop Wongborel, (Mount Brown), where attendees will get the opportunity to sample local foods prepared by Gather York and as the sun sets, watch Daniel Garlett's, Dadajaal Dance Company present the 'Morning Star' dance, listen to Northam-based Ballardong Noongar storytellers share stories of the night sky from creation time, all before seeing the best part of the Milky Way Galaxy light up the sky with local astronomy guide, Riley Johnston. 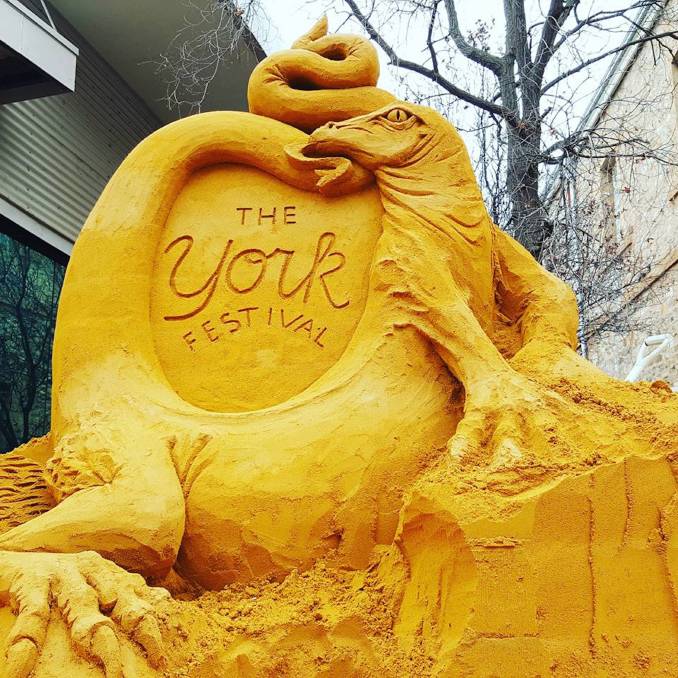