All 70 of the outstanding Poll Merino rams on offer were sold under the hammer. 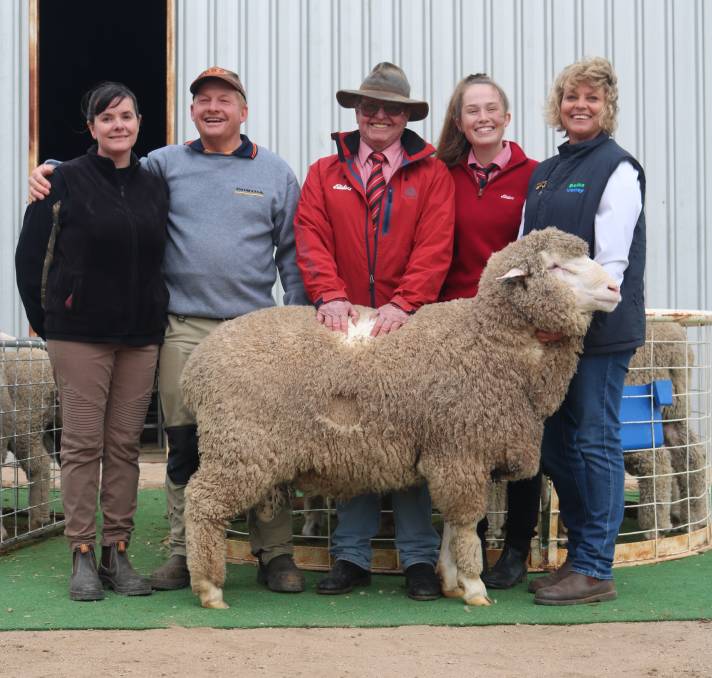 STRAP yourselves in for another ram selling season folks, because it just started with a big Belka bang.

The first Merino stud to go under the hammer on-property, and perhaps the unofficial yardstick as to how the season is shaping up isn't for the fainthearted, but every year Belka Valley confidently steps forward into the challenge of going first.

And every year, a loyal group of buyers and long-time supporters turn out to the Bruce Rock on-property sale, eager to purchase the latest genetics from the stud that prioritises size and softness - plain and simple.

It was exciting to see the return on recent genetic investment that stud principals Phil and Robyn Jones have made, which was reflected in an increase in not only their gross and average price, but a huge jump from last year's top price of $2600 to $3700.

All 70 of the outstanding Poll Merino rams on offer were sold under the hammer, with the total clearance averaging $1572 and grossing $110,100. 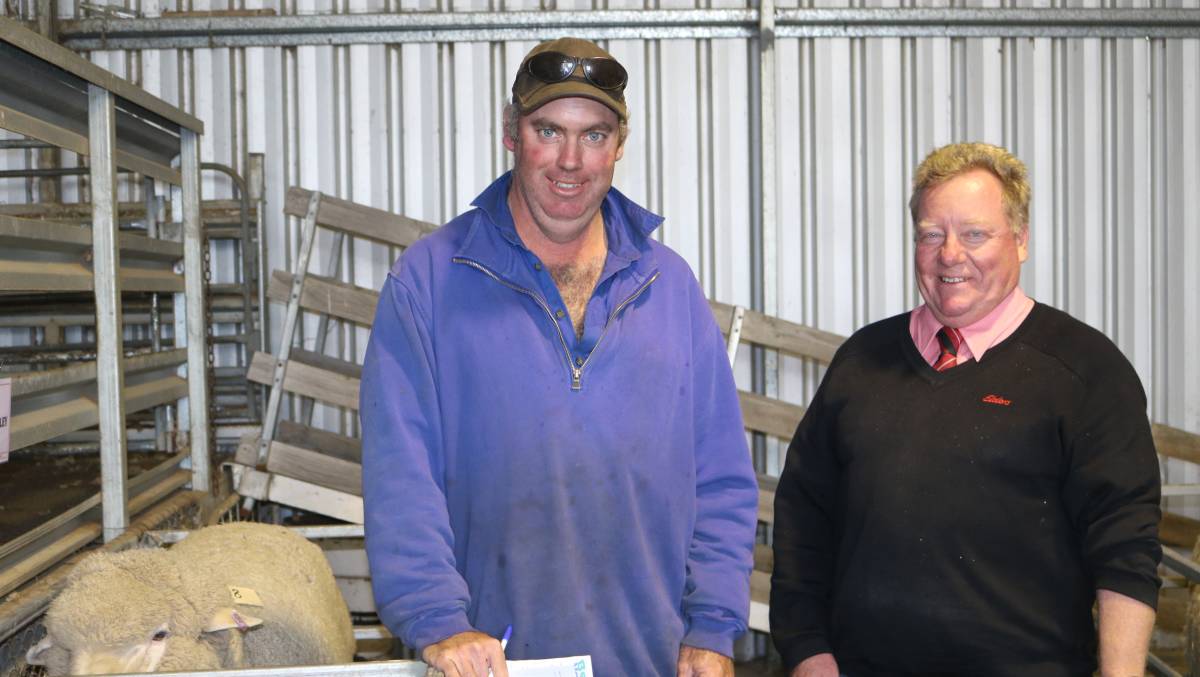 While most of the attention was on this year's line-up of 2020 drop rams penned within the shed in all their splendour, it was the sires and progeny held in two small pens outside that was causing quite the stir too.

'Gavin' the good-looking ram, was taking a good look around its new home after Belka Valley purchased the Angenup-bred sire a mere 10 days prior to the sale at the WA Sheep Expo & Ram Sale held at Katanning.

Gavin will join the sire squad at Belka Valley, which also included the $33,000 addition 'Slippers' purchased last year from East Mundalla, the 'pink slipper' progeny of which was on display as a sneak peek into Belka Valley's 2022 ram sale line-up.

Elders stud stock representative and auctioneer Nathan King said the Jones family had invested heavily in top genetics and the excellent sale result was a reflection of that.

"Phil and Robyn have been investing in very good stud sires and I think that was evident in the evenness across the entire sale team," Mr King said.

"We are very pleased with the sale result and that's due to a consistent clientele who have been great supporters of Belka Valley for many years now.

"We are looking forward to next year's sale team of rams with Slipper's genetics already looking to be everything we wanted from that sire."

Mr King and the Jones family made the decision for this year's sale to split the 12 shed-prepared and regulation tagged rams into two lots, essentially book-ending the sale by offering six at the beginning and six at the end.

And it was within that final run of six rams where the $3700 top-priced ram resided, capturing the attention of multiple buyers and ensuring regular top price buyers Nick and Pam Spark, D & MA Spark & Co, Bonnie Rock, dug deep to secure it.

A self-confessed wool man, Mr Spark said he was determined to secure the ram for its excellent figures, style of wool and solid frame.

"Wool is our number one priority, we still enjoy producing it and it's an elite product that we think will always find a market," Mr Spark said.

"I like to buy an even line of rams with plain, big framed bodies and plenty of free-growing wool.

"This ram fitted perfectly with what we were chasing and I was determined to get him."

The Sparks run 4000 Merino breeding ewes, the majority of which are joined with Belka Valley rams for meat and wool production.

They began the sale by paying top dollar for four of the first six shed-prepared rams, before finishing with their fifth and final $3700 top price ram, paying an average of $2380.

Mr Wanless was not saving his pennies for a rainy day and instead invested them wisely into six additional sires, paying an average of $1700 to secure the team of seven he needed.

TR Major, Muntadgin, also cracked the $3000 mark on two occasions, first for an outstanding deep and square ram in pen 24, closely followed by the second purchase of a ram with similar constitution in pen 31.

The clear volume buyer of the day was Chris Flintham, CB Flintham & Co, Muntadgin, who matched his magic number of 16 rams at last year's sale with the same again this year, topping at $2500 and paying an average of $1638.

Mr Wilkie had recently purchased a farm down the road at Muntadgin and required the rams to go over 600 Merino ewes at the property, boosting his sire battery as a starting point to building sheep numbers.

Edmundsbury Farms, Merredin, also liked the look of six sires, paying a top of $2500 and $1700 average to secure them.

Stud principal Phil Jones was very happy with the outcome of the sale and said favourable seasonal conditions and confidence in sheep may have influenced the buoyant result.

"We are rapt with the result, I think the wet seasonal conditions in our area were reflected in the increased average," Mr Jones said.