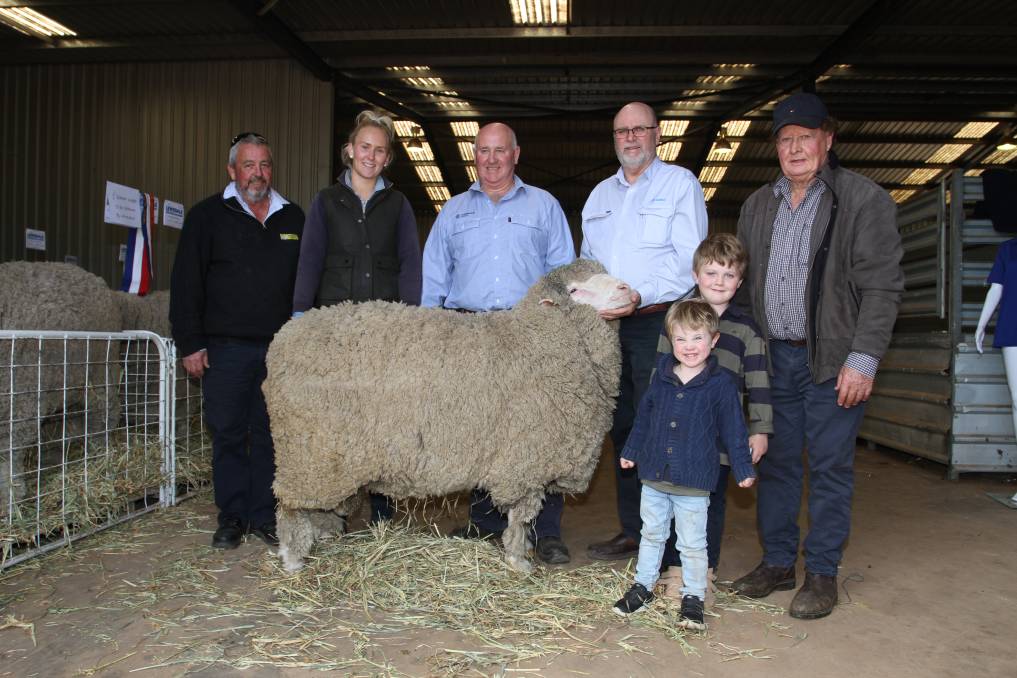 Following the stud's 70th birthday last year, celebrations continued into its 71st year with one of the country's strongest ram sales likely to be seen this spring selling season.

THE 58th annual Lewisdale ram sale was one for the ages in a mammoth, record-breaking result at 'Stud Park' Wickepin on Saturday.

Following the stud's 70th birthday last year, celebrations continued into its 71st year with one of the country's strongest ram sales likely to be seen this spring selling season.

After a three-hour sale marathon, the total clearance of 250 dual purpose Poll Merino rams at auction for a gross of $645,400 set a new stud record sale average of $2582 under the control of selling agents Dyson Jones and AWN Livestock.

Compared to last year's sale the number of rams offered and sold jumped 30 rams, while the average spiked $233.

The offering of six full wool stud rams got the sale underway with long-time Lewisdale client of 39 years Steve Fowler, Jumbuk Plains, Esperance, heading the charge with his six new nucleus sires including four August shorn and two March shorn stud rams and the sale's two top prices of $9000 and $7000. 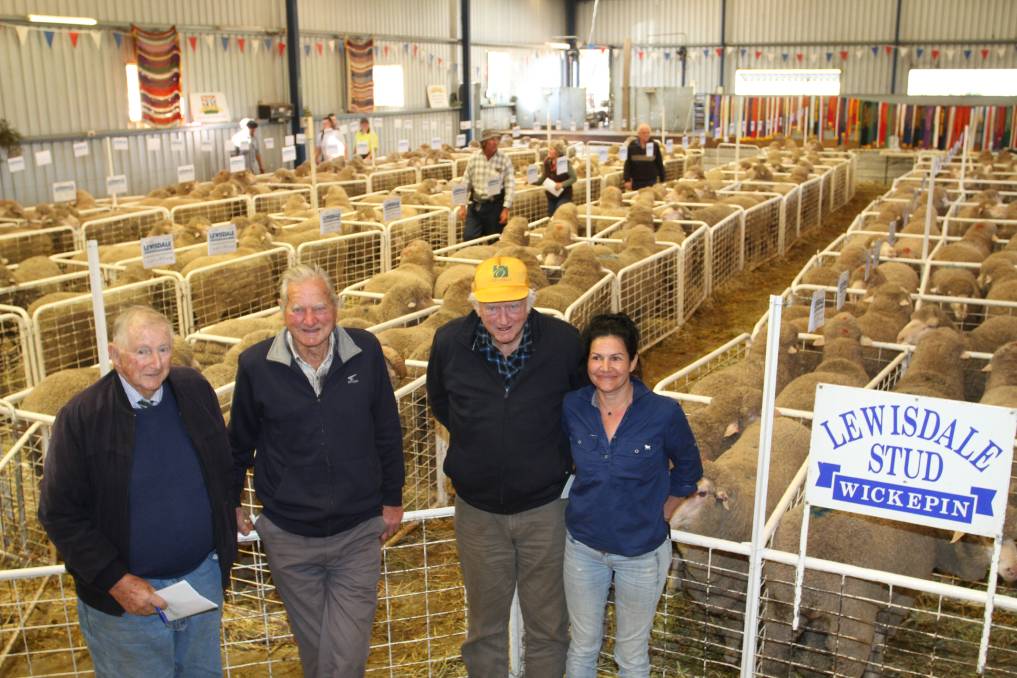 Mr Fowler said the two top rams were selected for their wool and size and would go to the collection centre for use in AI programs at Lewisdale before heading south to Esperance.

"Three of our new March shorn rams have also been used in the Lewisdale stud which is encouraging."

The Fowlers will mate a total of 16,000 Merino ewes on December 12 which includes a nucleus of 600 ewes made up of the 100 best ewe hoggets selected from 5000 young ewes.

Another long-time Lewisdale supporter since the 1970s, Joe Della Vedova, JLW & C Della Vedova, Condingup, was the sale's most influential buyer by a fair stretch.

He is a strong advocate of the dual purpose traits of Lewisdale breeding which he said provided superior returns to his sheep enterprise and would join 12,500 Lewisdale blood ewes to Lewisdale Merino rams this coming joining later in the year. 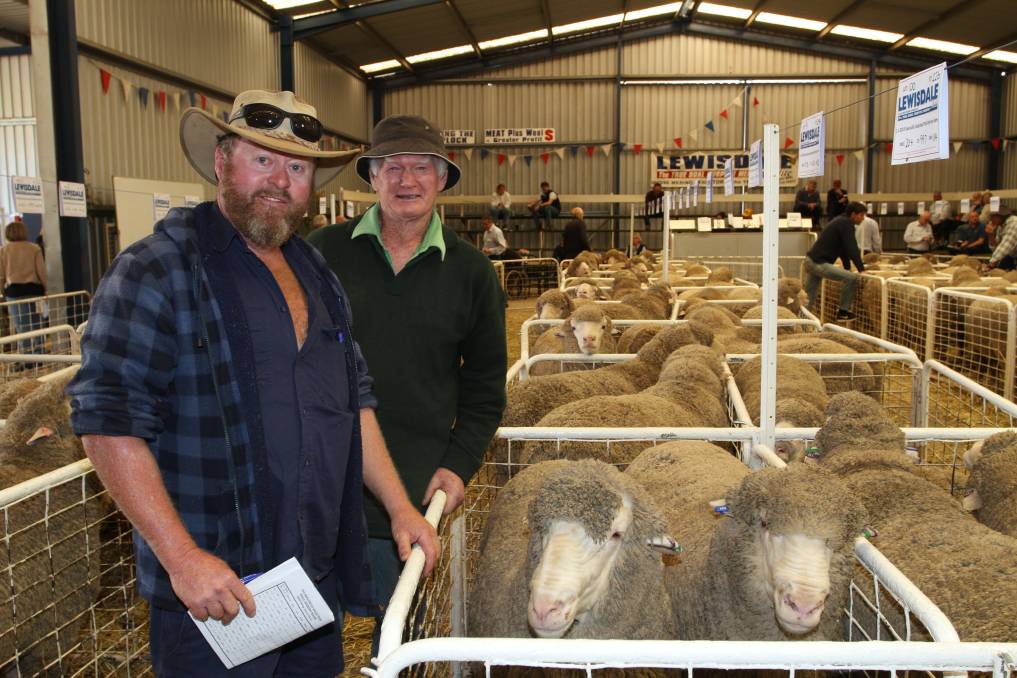 But it was the long list of buyers that put together significant teams of rams that underpinned the strength of the sale.

Brothers Don and Bill Handscombe, W & M Handscombe, Quairading, have been buying rams at Lewisdale for the past seven years and paid from $2000 to $2500 for 25 rams to refresh their ram battery to cover their 3700 breeding ewes.

Andrew Kitto, Dyson Jones,Wickepin/Newdegate, was kept busy throughout the sale with a couple of orders to fill and finished with 20 rams costing from $2000 to $2700 for return interstate buyers Rejall Park, Miga Lake, Victoria and five rams on behalf of M & A Latham, Narembeen.

Loyal Lewisdale clients for at least 45 years the Della Vedova family, Kumbooran Plains, Mt Walker, were also prepared to bid up on their selections and paid a strong average of $2800 for 13 rams. 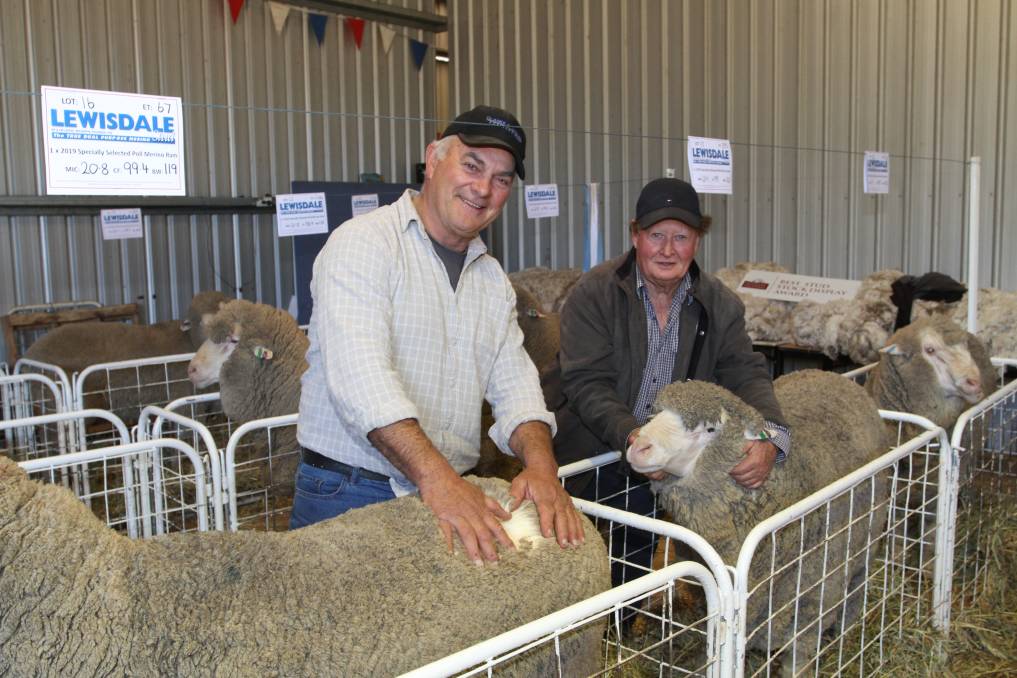