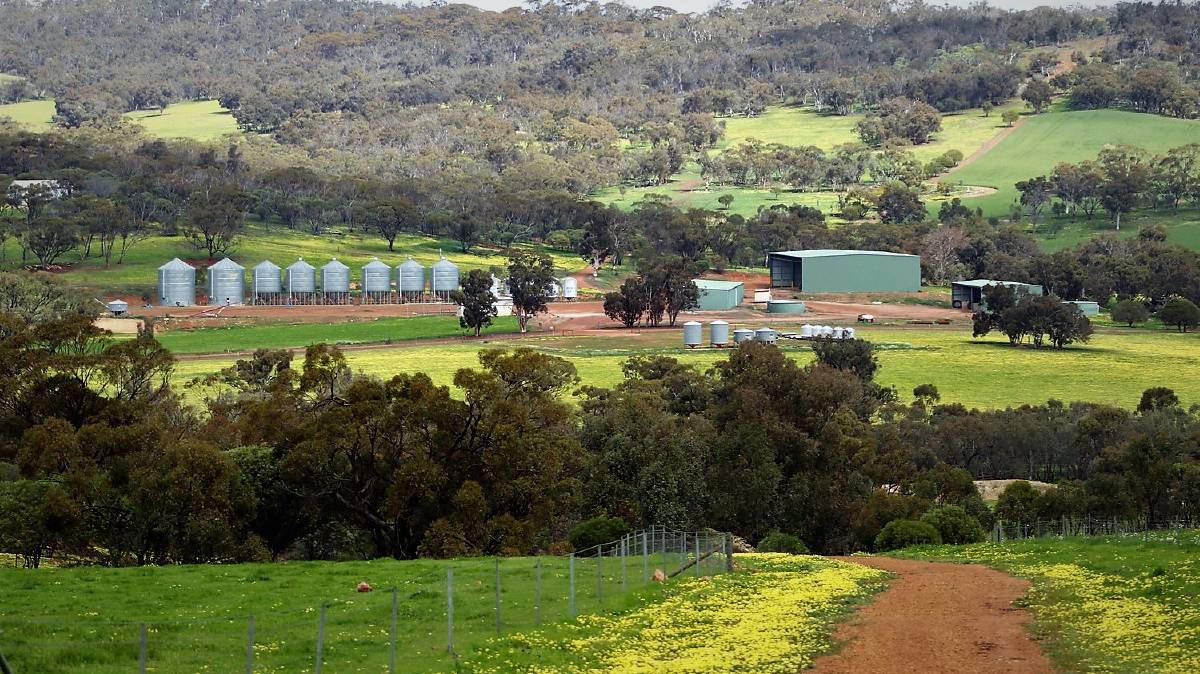 TALGA presents a rare opportunity to acquire highly productive prime land for grain and livestock production in a tightly held region of Western Australia in a 520 millimetre annual rainfall district.

Talga is offered for sale as a whole parcel.

The landscape of Talga is undulating with valley views, natural timber belts, granite outcrops, coupled with a winter creek with permanent pools running along the length of Rockdale Road on lot 27509.

It features mainly strong red and grey loams which are capable of producing high yielding cereal, canola and hay crops, along with excellent pastures for all livestock pursuits.

The property has a history of strong fertiliser applications, with maintenance levels of trace elements applied annually in the cropping and fertiliser and soil ameliorants spread on a rotational basis.

The pasture paddocks in each annual rotation receive a robust application of superphosphate.

The cropping program comprises 950ha in total of wheat, oats and canola.

The property also runs 450 breeders plus calves and yearlings, as well as 100 head of sheep plus lambs.

It is divided into 34 main paddocks plus smaller holding paddocks.

The majority of the fencing is seven-line Ringlock on steel and timber posts.

All the fencing is in excellent condition.

Water is supplied via an extensive array of 30 dams, seven bores, with four being equipped with solar pumps and with electric-driven water pumps.

There are permanent pools in the Rock Gully Creek which runs adjacent to the north side of Rockdale Road.

Talga is considered nearly drought-proof for water, with such an extensive array of dams, bores and tanks.

Talga has two main roads for ease of machinery and livestock movement, being Rockdale Road and Beard Road.

It is divided by Rockdale Road through to Beard Road, then Telegraph Road to either side of Old Plains Road.

The Muchea Livestock Centre is conveniently 57km from the property and Fremantle port is 130km away.

The nearest CBH grain receival sites are at Bolgart, 28km away, Calingiri, 51km north, and Northam, 50km south east of the property.

Primary schooling, farm supply services and facilities for shopping, socialising and sport are available at Toodyay, Northam and Bolgart.