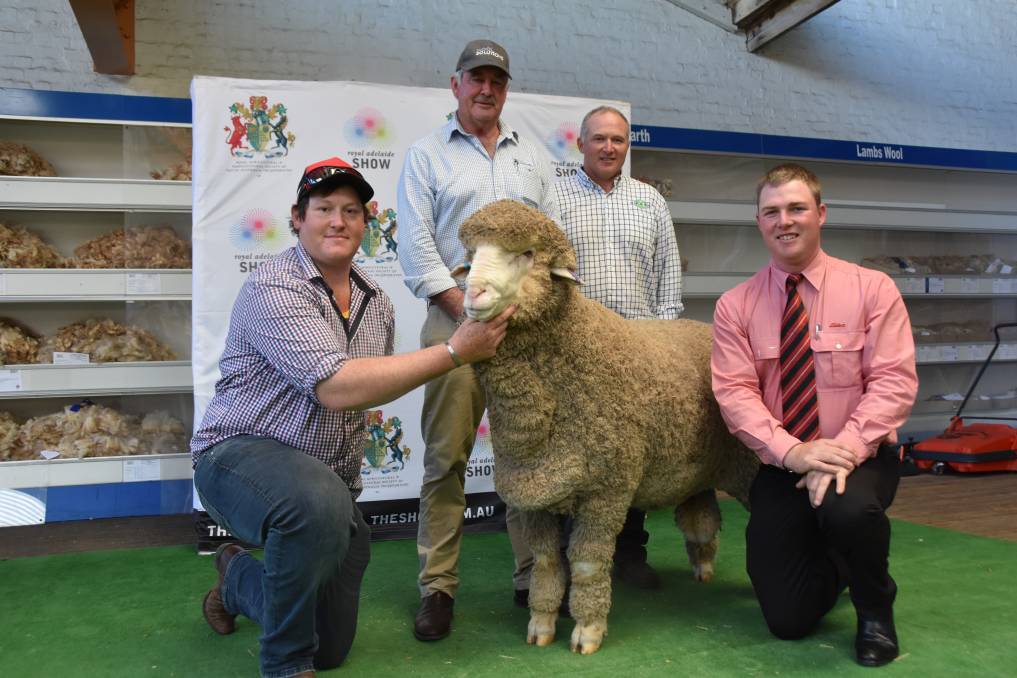 At the conclusion of last week's Adelaide Stud Merino and Poll Merino Ram Sale it was announced that Peter and Marianne Wallis had secured the 20.7 micron ram, Orrie Cowie 1189, 'King George' which had been in the display pens in the sheep pavilion near the sale rams.

Orrie Cowie stud principal John Dalla said he never had any intention of selling 'King George' but had a lot of respect for the Glenlea Park breeding program and saw it as an opportunity to get Orrie Cowie bloodlines into the stud for the first time.

He said the 136 kilogram ram had tremendous genetic depth which gave him confidence it would breed on, being sired by Collinsville Monarch 489 and out of an embryo transfer bred maiden ewe.

"Her flush brother sold for $30,000 here to North Cowie in 2019 and was champion medium wool (at the show that year) and this ram was her first lamb, he said.

"He is ET bred and is for generations on both sides so the predictability of him is pretty strong."

Orrie Cowie has retained the semen marketing rights and already has progeny on the ground after using King George as a ram lamb.

"He had bright, beautiful wool all over his body with a long staple and he had really good bone for a ram just cutting his two teeth."

His other wool tests include a standard deviation of 3.1, coefficient of variation of 15.0 and 99.5 per cent comfort factor.

Mr Wallis said 'King George' was likely to be used over some NE73 daughters in the Glenlea Park stud.

"I wouldn't have blamed him (John) if he didn't sell him but I needed to ask the question," he said.

"Hopefully it could be a win for both studs, we are lookng forward to him having a good impact in our stud."