South West Region MP and registered vet Steve Thomas has expressed concerns that the vet bill, which requires a registered vet to give 'substantial attendance' at a practice for it to remain open, will decimate regional practices.

"This aspect of the legislation will make life, particularly in the regions, far more difficult for veterinarians and animal owners."

CONCERNS have been raised over the veterinary bill currently being debated in State Parliament, under which a registered vet will be required to record "substantial attendance" at a practice for it to remain open.

Liberal MP South West region Steve Thomas, who ran his own veterinary practice in Donnybrook for 17 years and has been a registered vet since 1989, said the requirement for vets to spend a substantive part of their day in the office would decimate regional practices.

With regional vets tending to be smaller practices, Mr Thomas said the vast majority spent their time out of the office and on the road, providing their services to local farmers and residents.

"If you are a one or two vet practice in a regional area, it wouldn't be unusual for one vet to be out all day on a farm and for the second vet to also be out for a fair majority of the day," Mr Thomas said.

"If you are running through pregnancy testing of cattle or sheep, for example, you will be out of the office for a large proportion of the day doing the job that you need to do, so there has to be some level of practicality here."

Mr Thomas said there were a lot of other day-to-day activities that occurred at vet practices, excluding veterinary surgery, such as animal grooming, flea treatments and animal prescriptions, which could be handled by a vet nurse and didn't require a vet to be present.

"This aspect of the legislation will make life, particularly in the regions, far more difficult for veterinarians and animal owners," Mr Thomas said.

He said the legislation needed to be changed so that vets would only be required to be present or contactable to offer advice as required to a vet nurse at their respective practices so they wouldn't be "handcuffed to the office".

However Agriculture and Food Minister Alannah MacTiernan said the State government was not changing the regulation and there was nothing in the legislation that would change the practise.

"This means that regional vets are able to leave their practice for call-outs or other emergencies without breaching regulations - as long as they are onsite for a substantial part of the practice opening hours," Ms MacTiernan said.

"It is important to understand that this requirement for a vet to be on duty will become increasingly important as vet practices can be owned by non-vets."

The Australian Veterinary Association (AVA) WA Division president Garnett Hall said the requirement for a vet to be "present" onsite at all times was inconsistent with current practice and the realities of rural practices in particular. 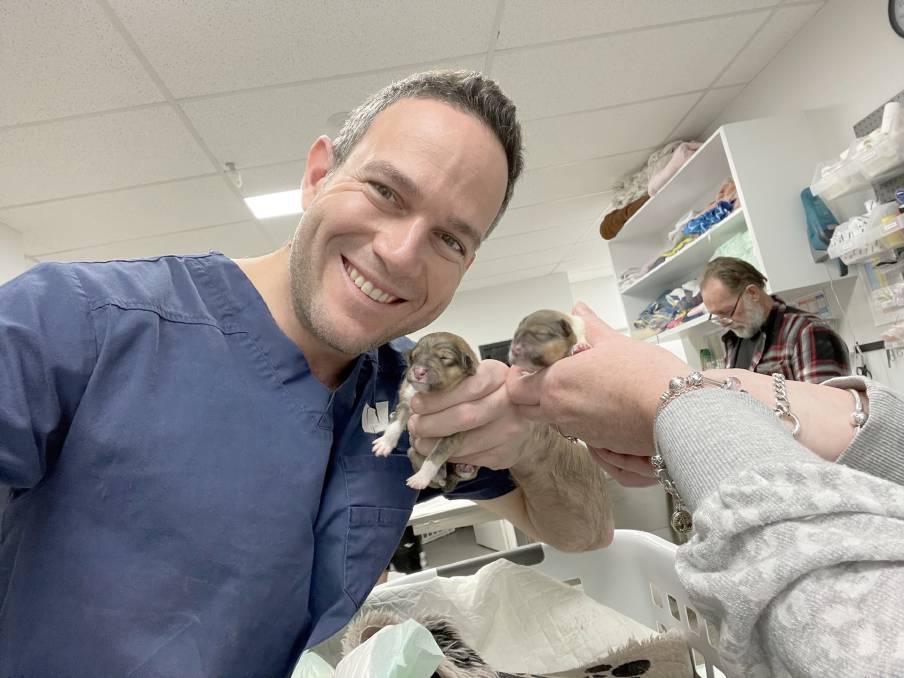 Mr Hall acknowledged that under the new act, anyone may be able to own a veterinary practice (including non-vets), and it was "essential that clinical standards are overseen by veterinarians and that veterinary clinics and hospitals are staffed by veterinarians".

"I would also like to reiterate the point that only veterinarians have the skills, knowledge and experience to provide veterinary care for animals," Mr Hall said.

However he said house calls and property visits were part of this care and clinics should not need to shut "as long as appropriate arrangements are in place to reasonably maintain continuity in their absence".

"Many vets across WA complete house calls and property visits at various times throughout the day, while a nurse is present at the clinic," Mr Hall said.

"Mr Thomas is correct that any such requirement would cripple regional practices."

Mr Hall said the existing legislation which states the requirement for "substantial attendance during the advertised hours" allowed some flexibility for vets to conduct housecalls and was in line with the expectations of the profession.

"The AVA has been very reasonable in our submissions to the minister regarding the bill, and we are glad that several members of the legislative council are keen to ensure the forthcoming act and regulations get it right," he said.

He said the AVA was keen to work with the minister to ensure the new regulations were appropriate to the industry.

Bovitech Veterinary Services owner Jessica Shilling, who runs a mobile practice in Manypeaks servicing cattle and sheep producers, said putting any sort of restriction on when a veterinarian must be in attendance would force some veterinarians out of practice and likely decimate the State's rural veterinary presence.

"I think we need to send a strong and clear message to Minister MacTiernan that her proposed requirements for a registered veterinarian to be physically present in a practice at all times during opening hours is impractical and uneconomical for a significant number of businesses," Ms Shilling said.

She highlighted equine and other large animal practices which she said "were often and almost exclusively ambulatory", with the veterinarians spending little time in the clinic.

"The premises may simply function as an office, storage facility and front-of-house for clients to pick up supplies which are prescribed by a veterinarian but physically handed over by clinic staff," Ms Shilling said.

He said if any restrictions were placed on vets, they should be limited to when an act of veterinary science was being performed.

Registered vet Philippa Wallace who owns and runs Murray Veterinary Services (an equine service and hospital in Coolup) with her husband Ross, who is also a registered vet, said the regulations would directly impact the welfare of animals in rural and regional areas.

She believed what the government was trying to do with the legislation was respond to major pet stores that wanted to include clinics, "but I think it's shortsighted and broad sweeping to solve one problem and at the same time create problems elsewhere".

"These changes to the legislation in relation to having a veterinarian onsite at all times has the potential to severely decrease the capacity of veterinarians in rural and regional areas to provide ambulatory veterinary care."