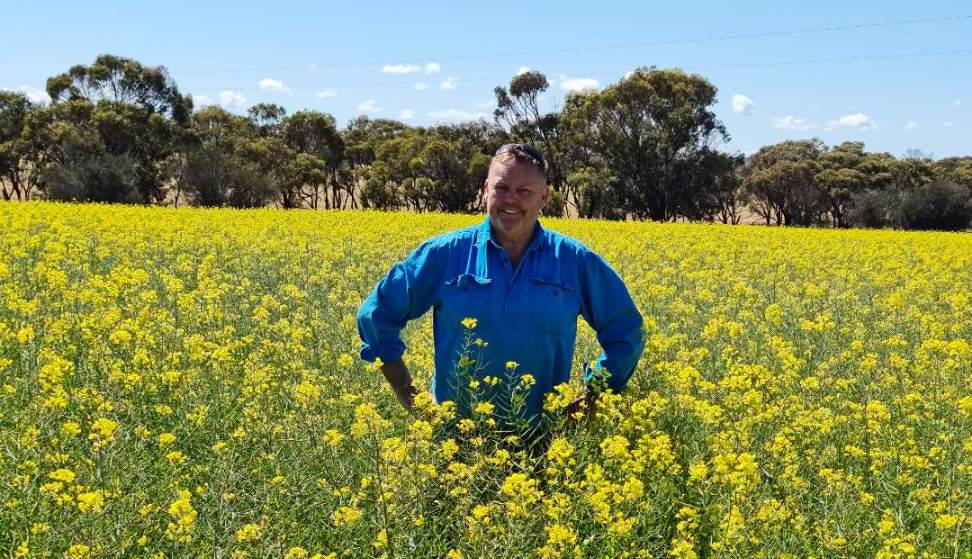 After being the Grain Producers Australia deputy since 2013, Barry Large is the new chairman

The highly-experienced Western Australian farmer has served Australian growers on the GPA board since its inception and he was also an integral part of the grower-driven process behind the representative body's establishment in 2010.

He has been GPA deputy chairman since 2013 and is also chairman of GPA's Biosecurity Committee which acts as a conduit for managing national biosecurity issues for Australian grain producers, working with key government and industry stakeholders.

Mr Large said the board's leadership roles may have changed but GPA's core values and grower-focus would remain constant.

"As well as our biosecurity responsibilities, working with Plant Health Australia in important areas such as our award-winning Grains Farm Biosecurity program."

His election also represents a significant change in leadership with long-serving GPA chairman and Victorian farmer Andrew Weidemann stepping down from the top role after eight years.

However, Mr Weidemann will remain on the GPA board to continue his strong focus on policy and advocacy matters as GPA's national research and development spokesperson and managing strategic projects.

Mr Weidemann replaced inaugural GPA chairman Peter Mailler, who stepped down from the role in 2013, having also led the peak representative group's development and establishment.

He said GPA continued to champion issues that mattered to Australian grain producers, delivering real outcomes which helped boost their profitability and sustainability.

"GPA was established after the loss of the Grains Council of Australia in 2010 to fill the void that was created in national representation and assume legislative obligations for growers," Mr Weidemann said.

"In the 11 years since GPA formally launched, we've made significant strides in growing and building the organisation and this journey will continue to gain momentum in the next year and well beyond.

"I'm looking forward to remaining on the board, serving growers, to keep advancing our interests and deliver good results that strengthen our businesses."

He joined the board in 2013 and plays an important role representing growers as GPA's representative on the Grains Australia Steering Committee.

This year's Annual General Meeting was held virtually due to COVID-19 for the second consecutive year, bringing together members from throughout Australia to participate in the event.

At the meeting, Gerard Paganoni, Broomehill, was returned to the board, as one of GPA's two western region grower directors, to serve his second term.

Appointments of the chairman and deputy chairman were unanimous and made by the GPA board during a meeting held directly following the AGM.