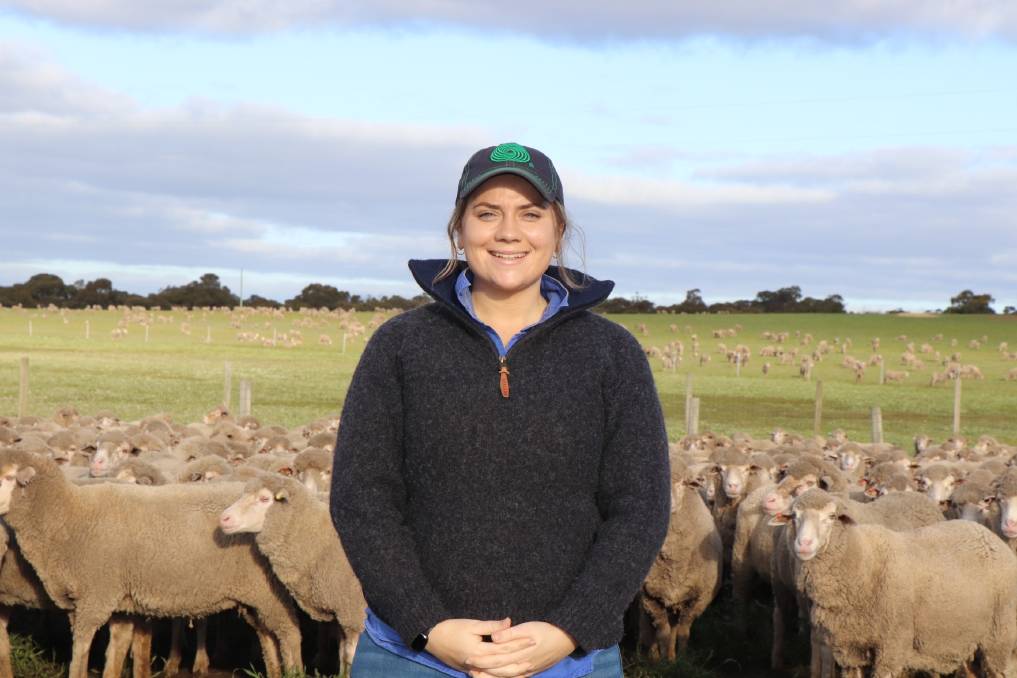 Sheep and wool run deep through Makaela Knapp's veins, she farms on her family's property at Katanning.

Last year her life changed forever when she was diagnosed with two rare blood disorders and came dangerously close to dying.

AT 21-years-old, Katanning farmer Makaela Knapp has resilience, strength and an outlook on life that is well beyond her years.

Last year her life changed forever when she was diagnosed with two rare blood disorders and came dangerously close to dying.

While now she has to carefully monitor her health and constantly manage her chronic illnesses, her love for farming and agriculture is stronger than ever and she has become a passionate ambassador for the industry.

Love for the land and sheep

Growing up on her family's property at Katanning, with parents Ian and Narelle and brothers Jaxon, 20, and Levi, 19, Ms Knapp recalls her childhood on the farm as being "idyllic".

Like many people from farming families, her love for agriculture was sown at an early age.

"There were so many opportunities on the farm," Ms Knapp said.

"We were always encouraged to help, so it set me up really well to always give everything a crack and be involved."

The family runs a 50:50 Merino sheep and cropping program, with her mum handling the sheep side, including their Craigmore stud and her dad taking care of the cropping side.

Ms Knapp has followed in her mum's footsteps in developing a passion for sheep and wool.

"I love sheep and wool," she said.

"I think wool is an incredible fibre and there will always be a demand for it.

"It's been exciting to see in the past five years that wool is being used in different parts of life, from activewear to suits - it's not just the basic itchy rugs and jumpers anymore.

"The industry has come a long way."

Seeing that evolution within her lifetime makes Ms Knapp excited for the future of the wool industry.

With such a vibrant love for wool, perhaps it's no surprise that she particularly favours Merino sheep.

"I love Merinos - there's something about them," she said.

"I love their temperament, I think they're intelligent, I love the fibre that they produce.

Alongside living and working on the farm, Ms Knapp is remotely studying international relations through Curtin University and sheep and wool science through the University of New England.

Her course choices may not be a common fit, but Ms Knapp sees a degree in international relations as having great value for a career in agriculture.

Due to complete her degree at the end of next year, Ms Knapp hopes to gain some experience in the agricultural industry before eventually returning to the family farm in a full-time capacity.

"I would love to go back to the family farm and go farming, but I always say that you never know what life will throw at you," she said.

She's wasted no time in making a name for herself, recently being named a youth ambassador for Wool Producers Australia, along with being on the WAFarmers Livestock Council and AgConnectWA committee.

While remote studying has its challenges, they were nothing compared to what Ms Knapp faced last year when her health took a turn for the worse. 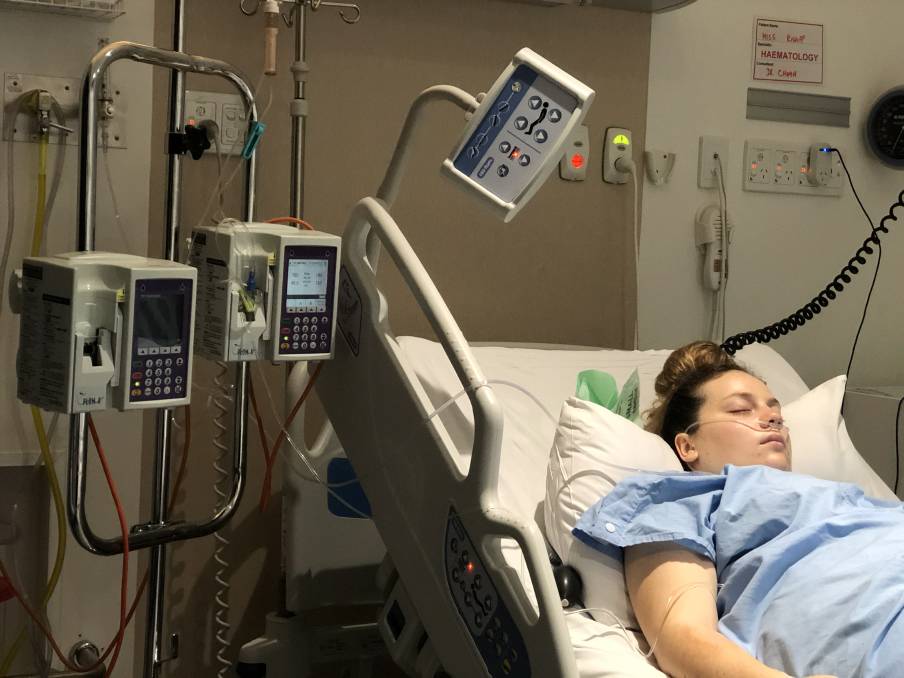 Ms Knapp hasn't let her two rare blood disorders hinder her desire to pursue a career in agriculture, despite her diagnoses changing her life and causing her to come dangerously close to dying. Farmers are known for their resilience and Ms Knapp takes that to another level.

In April 2020 Ms Knapp was trying to pull lambs out of a dam but was struggling because she felt so weak and nauseous.

She thought she was "just run down from farm work and uni assignments".

Then she spent a whole day putting out a pallet of 25 kilogram lick bags and felt intense abdominal pain, of which she didn't think much.

"I'm not one to make a fuss, so I just got on with it, but two days later I was doing some fencing and just couldn't cope with the pain anymore," Ms Knapp said.

"It was absolutely horrendous and the most horrific pain I've ever had in my life."

She went to her local GP who ordered some blood tests and found her levels were extremely low and out of range, so a haematologist was contacted.

"But that night the pain got so bad, so I went to the emergency department and I was admitted," she said.

The next day Ms Knapp was sent to Hollywood Hospital, Nedlands.

A CT scan showed she had multiple lesions in her small intestine, which was causing the pain.

A bone marrow biopsy was also conducted which found there were virtualy no blood cells in her bone marrow.

"This was alarming because you are supposed to have lots of blood cells in there," she said.

PNH affects 1-1.5 persons per million of the population and the median age of those affected is 35 to 40 years.

"That's when my fight really started," she said.

"I was prepared that I might not make it through the night, which now I think back I can't really believe I survived it."

That night she was given the life-saving medication, eculizumab, which costs $500,000 a year to administer.

"The doctor said, 'I'll sort it out for you' but then my dad was calculating if we sell the farm, how many years they can keep me alive for, because at the time we didn't know that the drug was paid for by the Federal government under the Life Saving Drugs Program," she said.

Ms Knapp receives this treatment fortnightly in Perth at the Cancer Centre.

But her PNH diagnosis was only half of it.

"About a week later my doctor looked at my bone marrow biopsy more and told me that I also have moderately severe aplastic anemia, which is basically bone marrow failure and explains why my bone marrow didn't have much in it," Ms Knapp said.

"Aplastic anemia means I don't produce enough blood cells to keep up and it has been the most problematic to treat."

Ms Knapp essentially had a crash course in blood disorders and hematology.

It's been an ongoing battle since, but she's remained positive. 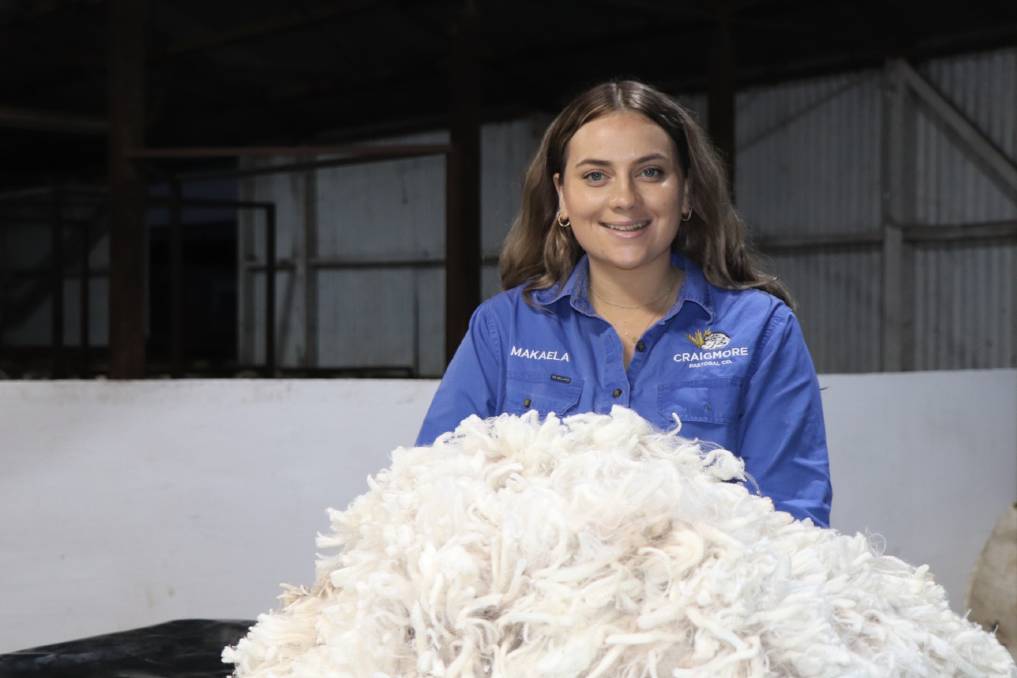 Ms Knapp hasn't let her two rare blood disorders hinder her desire to pursue a career in agriculture, despite her diagnoses changing her life and causing her to come dangerously close to dying. Farmers are known for their resilience and Ms Knapp takes that to another level. She has been chosen as a WoolProducers Australia Raising The Baa ambassador.

At peace while facing death

For many the thought of death is terrifying, but not for Ms Knapp.

She recalled one occasion, in particular, where she was close to losing her life.

Her courage is admirable, as she recalled this traumatic experience with incredible rationale and calm.

"The doctors were trying to get this drug into me and the registrar said 'do not mess this up, this will save her life, this is so important'," she said

"I was aware of what was going on but I had this sense of peace - it's hard for me to describe."

In this moment when she was "knocking on heaven's door", Ms Knapp knew she had lived a life she was proud of, no matter if it was going to end that day.

"I was incredibly blessed with all the opportunities I had had and to be so loved, to be on the farm, work alongside my parents and grow up in such an amazing environment - I felt peace."

Nowadays, Ms Knapp doesn't have much pain but fatigue still takes a toll on her body.

"I feel good now, but my levels are still quite low," she said.

In June she was hospitalised again, which shows just how quickly Ms Knapp's condition can change.

"I live by 'take it one day at a time' and remain positive," she said.

"I appreciate everything and every day - I see every day as a blessing."

Remaining positive when you've been dealt such challenging cards might sound difficult, but for Ms Knapp it's just her nature.

In fact she can even see a positive from her illness.

"I may be facing very challenging situations, but I owe a lot to all the care I get from my doctor, nurses, my family and friends," she said.

"I'm blessed in so many ways and I think everyone strives to have a purpose in life and I think this has given me something else.

"It's not entirely me - I'm not just the woman with two rare blood disorders that lives in Katanning, I'm so many other things and have so many passions.

"I definitely love life and people a lot more deeply than I did before."

And she hasn't let it stop her from living life the way she wants to live and pursuing her passions.

It encouraged her to take leaps of faith, network with people and seize opportunities.

Farmers are often said to be resilient people and that's a trait that Ms Knapp certainly exhibits and has made her a rather wise 21-year-old.

She attributes her resilience to her childhood and having her parents as role models.

"Growing up on the farm, I definitely learnt lots of life lessons and reflect back on them and there are so many simple things that are actually life lessons that I never realised before," she said.

"That's why I loved growing up on the land and being here now.

"With the highs and lows of farming, I learnt to see that tough times do serve a purpose." 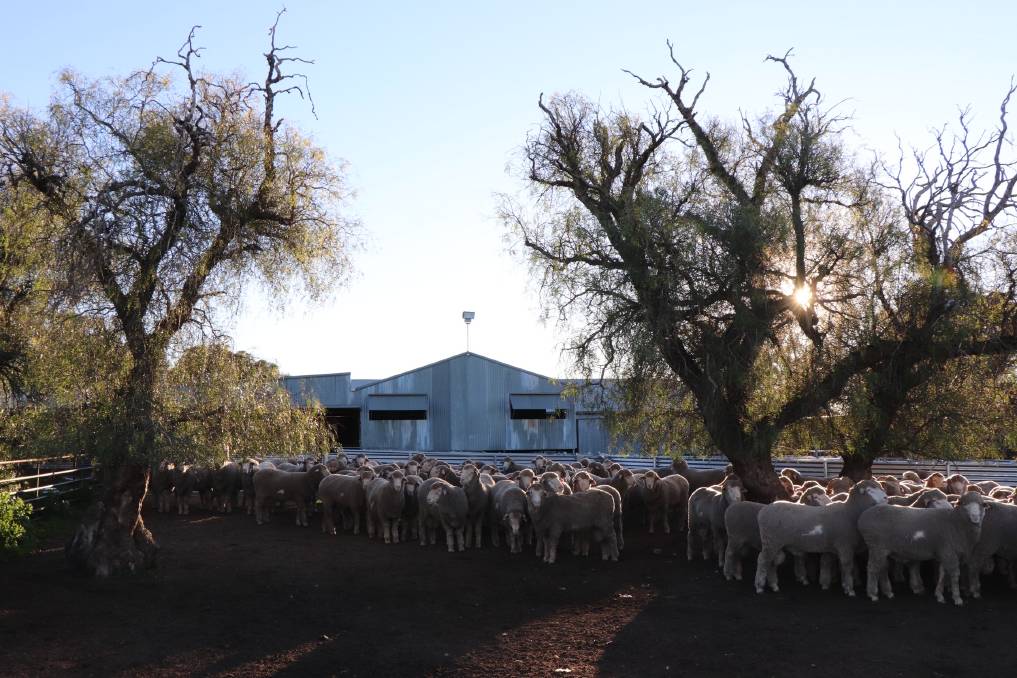 At 21-years-old, Ms Knapp has built a strong reputation for herself in the WA and national sheep industry as a passionate ambassador.

An advocate for blood disorders

Ms Knapp first spoke publicly about her health in May at a community event because she wanted to encourage people to donate blood and sign up for the bone marrow registry.

Although drawing attention to her own health makes her uncomfortable because "I don't want to make a big deal out of it", to her it's worth it if it leads to more people donating.

As her condition is so rare, Ms Knapp's treatment is complex and always evolving.

Her doctor said it may even come to her needing a bone marrow transplant.

"I'm very fortunate that at the moment I'm managing everything with medication and I'm not in a rush, but my doctor advised I should start the search for a donor," Ms Knapp said.

"There's 39 million people on the international bone marrow registry and I don't have a match."

Before her diagnosis, blood donation was something that Ms Knapp had never thought about, let alone joining the bone marrow registry.

"I don't think we get exposed to it enough," she said.

"Anyone who is eligible, please donate blood products and sign up for the bone marrow registry because there are so many people much worse off than me who really need it."

"You are literally saving someone's life by donating blood, plasma and stem cells.

"And that then helps the lives of their family, friends and community."