Amanda Stewart's, of Buniche, entry titled 'Sharing a joke' was the overall winner of the CBH photo competition.

The image, titled 'Sharing a joke', was captured by Amanda Stewart of Buniche and features her husband and workmate sharing a moment while filling up the seeder.

WORKING together - that was the theme of this year's CBH Group photo competition and the winner of best photograph captured it perfectly.

The image, titled 'Sharing a joke', was captured by Amanda Stewart of Buniche and features her husband and workmate sharing a moment while filling up the seeder.

Along with winning a $1500 Crown Perth accommodation gift voucher, Ms Stewart was also able to choose a charity for CBH to donate $1000 to, with the Newdegate Primary School P&C being the lucky recipient.

The judging panel, which included Farm Weekly journalist Shannon Beattie, agreed that deciding a winner was difficult this year as there were so many entries of a high standard.

"We love the best photograph because it is full of heart and captures the spirit of working together," the judges said.

"It is nicely lit and framed and it just looks authentic."

Ms Stewart said she often wandered around capturing photos on the farm.

"My husband and our worker have such a good rapport and like to share the odd terrible joke much to the disgust of some of the younger lads that work for us," Ms Stewart said.

"The pair of them go out of their way to think of jokes to take the mickey out of the younger ones, but it always makes the day go quicker if you can have a laugh about something."

Having entered before, Ms Stewart really rates the CBH photo competition and how much effort people put in every year to find a photo to fit the theme.

"I find it really interesting to see what other people produce and how they interpret the theme," she said.

"I think it's one of the better rural photography awards out there, mainly because it encourages people to document the special moments farming and share those with the rest of the community.

"Perhaps that can help to counteract some of the negativity and the slack that farming cops, because it's such a great industry and we really love being a part of it."

New to the competition this year was the inclusion of the Insta Snap category to capture lower resolution images. 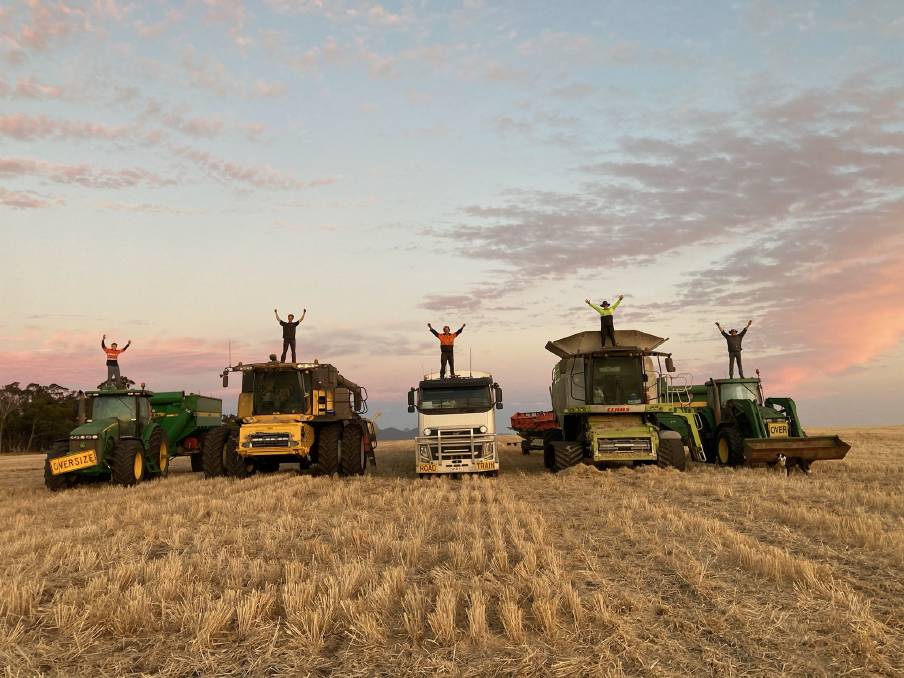 The new Insta snap category was won by Geoff Sandilands and Robbie Saunders from Kendenup for their joint efforts in setting up and snapping entry 'Done and dusted'.

That category was won by Geoff Sandilands and Robbie Saunders from Kendenup for their joint efforts in setting up and snapping the entry 'Done and dusted', which celebrated the end of the 2020 harvest in the great southern.

The people's choice winner was Carnamah entrant Jessica Cole with her image 'Righto pop I'll show you how this thing works', with 276 votes. 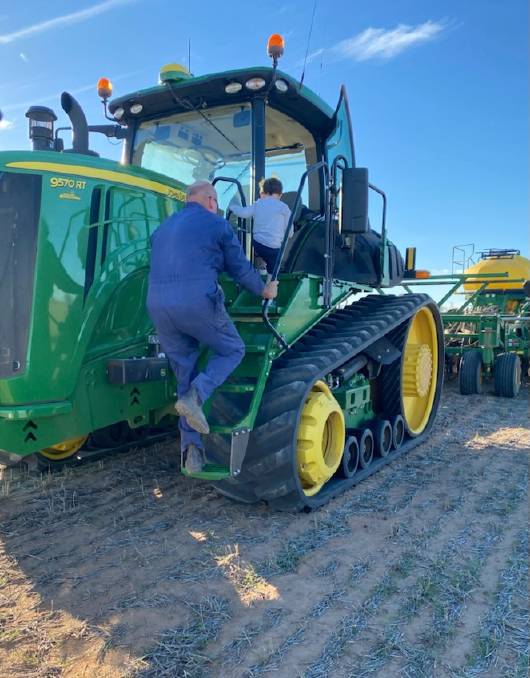 The people's choice winner was Carnamah entrant Tristan Cole with his image 'Righto pop I'll show you how this thing works', with 276 votes.

Mr Sandilands and Mr Cole each won a $500 Crown Perth accommodation gift voucher and both nominated their $500 charity donation to the Royal Flying Doctor Service WA.

"The Insta Snap captured our attention straight away, it's very eye-catching," the judges said.

"It shows a sense of achievement and what community spirit is all about, in what was a trying year for many.

"The quality of photos this year was very notable and there were some classic shots we really loved."

CBH chief external relations officer Brianna Peake said the CBH photography competition was a proud tradition that had been running for 21 years.

"This year we chose the theme 'Working Together' to encourage entries that would capture what working together in agriculture in regional WA means to our communities," Ms Peake said.

"Undoubtedly, 2021 has tested many Western Australians - cyclones, floods, fires, COVID-19 - you name it.

"But people in our communities are a resilient bunch and we wanted to showcase this through our competition theme."

To showcase the entries and celebrate the start of harvest, a selection of photos will be exhibited on the ground floor of CBH's head office building in Perth.

The exhibition will run from October 4 to 22 and is open to the public during office hours.