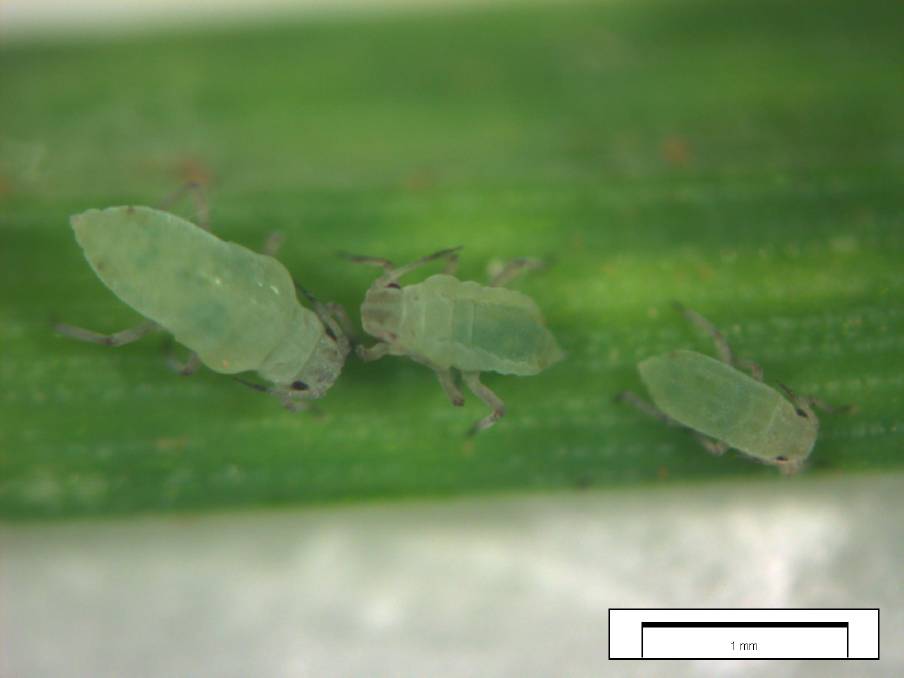 Russian wheat aphid has been detected north of the Great Eastern Highway for the first time since it was first detected in WA in August 2020.

This is the first time the aphid has been detected north of the Great Eastern Highway since it was first detected in WA in August 2020 in the Southern wheat growing area.

RUSSIAN wheat aphids (RWA) have been found in barley and wheat crops in the Kwinana East and West port zones, as well as the Albany and Esperance zones where it has previously been reported.

This is the first time the aphid has been detected north of the Great Eastern Highway since it was first detected in WA in August 2020 in the Southern wheat growing area.

Surveillance by the Department of Primary Industries and Regional Development (DPIRD) and crop monitoring by growers and consultants will help to determine the extent of the spread of the pest in WA.

DPIRD research scientist Svetlana Micic said RWA was manageable and there were a range of treatment options.

"RWA is a pest of wheat and barley and grass weeds like brome grass and barley grass," Ms Micic said.

"It is small, about two millimetres in length, pale yellowish green in colour with distinguishable black eyes.

"They have an elongated body shape, with bifurcated cauda (structure that looks like a tail), which gives the appearance of two tiny tails on the rear end though these can be difficult to see."

RWA inject a toxin into the plant during feeding which retards growth and with heavy infestations can kill the plant.

The toxin can cause visible purpling of leaves which is due to damage to the plant chloroplasts.

"RWA damage looks similar to herbicide or mite damage and symptoms can appear on plants as early as seven days after RWA feeding but does not indicate that colonies are still present on plants.

"Feeding damage symptoms from RWA do not mean there will be a yield loss - even a few aphids can cause symptoms to appear and crop yield loss is influenced by the percentage of tillers with RWA per paddock."

Aphids first colonise around crop edges and are found most frequently on the youngest leaves or on newly emerged flowers/seed heads.

RWA numbers in a crop is determined by walking in a 'w' pattern noting the number of aphids per tiller every few paces.

Research investment by Grains Research and Development Corporation (GRDC) in the Eastern States has found maximum aphid densities are expected to occur between booting and ear emergence.

Ms Micic said populations of RWA could double every 35 days until ear emergence.

"It is not recommended to spray for RWA unless threshold levels are reached - the action threshold for this pest depends on the cost of control, the cereal market price, yield potential and estimated time until ear emergence," she said.

"Aphid predators such as lacewings, hoverflies and parasitoid wasps are effective in controlling RWA so consideration should be given to an aphid specific insecticide that preserves beneficials.

"As RWA are typically found at the base and sheath of younger leaves and within leaves curled lengthwise by their feeding, good spray coverage is important, and crops should be monitored after spraying to ensure the insecticide has reached those RWA sheltering."

If crops are past flowering it is too late to spray and growers need to start planning for seed dressings for next year.

Growers, agronomists, and consultants are encouraged to survey cereal crops and grassy weeds and to report any aphid activity or damage to Pestfax reporter app.

RWA damage can look similar to mite or herbicide damage.